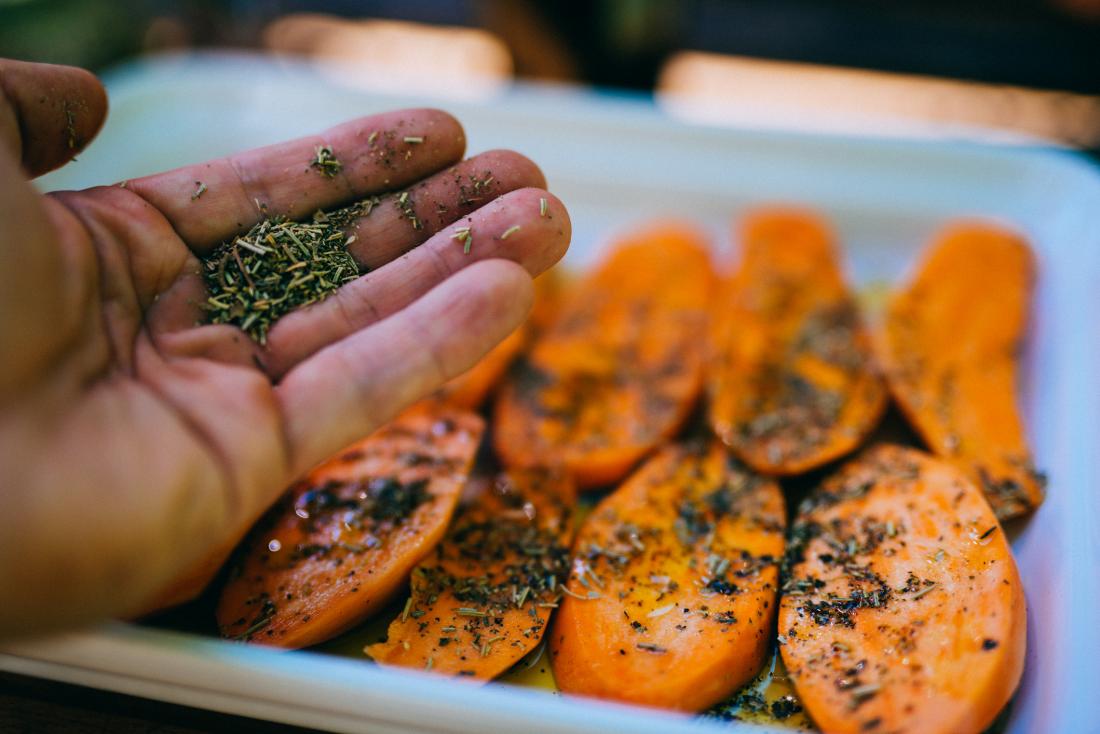 Cooking food may have had important implications in the evolution of the gut microbiome.

Because cooking involves exposing food to heat, it tends to change the various foods’ physical and chemical properties.

But do these alterations change the delicate microbial environment of the gut?

That is the question that researchers from the University of California, San Francisco, Harvard University, in Cambridge, MA, and other institutions recently set out to answer.

“Our lab and others have studied how different kinds of diet, such as vegetarian versus meat-based diets, impact the microbiome,” says the senior author of the new study, Peter Turnbaugh, Ph.D., an associate professor at the University of California, San Francisco.

“We were surprised to discover that no one had studied the fundamental question of how cooking itself alters the composition of the microbial ecosystems in our guts,” he adds.

In the new study — the findings of which appear inNature Microbiology— the researchers started by looking at how different types of cooked and raw food might affect the gut microbiota of mice.

To do so, they fed mice a diet of either raw or cooked beef or raw or cooked sweet potato. The team used these foods, in particular, because previous studies had shown that cooking alters their nutritional components and because both commonly feature in human diets.

First, the researchers found, surprisingly, that raw meat and cooked meat did not affect the mice’s gut microbiota in obviously different ways. However, there were clear differences between how raw and cooked sweet potatoes affected the gut environment in rodents.

Mice on a raw potato diet had poorer bacterial diversity in the gut, as well as slightly fewer bacteria, compared with baseline measurements. They also had a higher proportion ofBacteroidetesbacteria, which play a key role in the degradation of glycans, a form of sugar.

To confirm these findings, the researchers performed another series of experiments, in which they fed mice not just raw and cooked sweet potatoes, but also white potatoes, beets, carrots, corn, and peas — foods with various degrees of starchiness and digestibility.

As before, the researchers found that cooked versus raw potatoes — of both varieties — affected microbial diversity in the gut differently. The same was not true of the other foods. 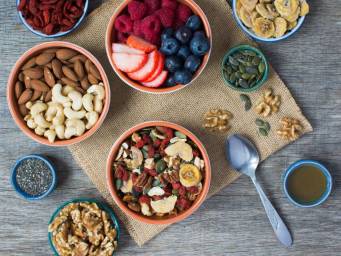 This, the authors explain in their study paper, is likely because potatoes — unlike the other foods in this experiment — have “a high quantity of low digestibility starch,” a carbohydrate with properties that are transformed by exposure to heat.

“We were surprised to see that the differences were not only due to changing carbohydrate metabolism, but also may be driven by the chemicals found in plants,” notes Turnbaugh.

“To me, this really highlights the importance of considering the other components of our diet and how they impact gut bacteria,” he adds.

The team also noticed that mice on the raw food diets lost weight, which seemed to suggest that the changes in the gut microbiome may be responsible. However, when the researchers transplanted gut bacteria from mice fed raw diets to mice eating regular chow, the latter actually gained fat.

This conundrum left the researchers at a loss, and they are still trying to find out what may have caused this surprising outcome.

At the final stage of their research, the investigators teamed up with a professional chef and recruited five healthy women and three healthy men aged 24–40 who agreed to take part in the dietary experiment.

“It was exciting to see that the impact of cooking we see in rodents is also relevant to humans, although interestingly, the specifics of how the microbiome was affected differed between the two species.”

“We’re very interested in doing larger and longer intervention and observational studies in humans to understand the impact of longer term dietary changes,” he adds.

The senior researcher also explains that, going forward, it is important to understand how raw versus cooked diets may impact weight gain and loss and to explore various underlying biological mechanisms.

Moreover, he notes, scientists should try and find out how the practice of cooking has affected the human species over millennia, as our bodies transitioned from processing raw food to more complex meals.

“The observation that everyday foods disrupt gut bacterial physiology when consumed raw raises opportunities for mining the human diet for therapeutics and prompts a polypharmacological view of the interactions between the gut microbiome and dietary small molecules,” the researchers conclude in their paper.