The general who oversaw the United States raid on the compound of the Islamic State of Iraq and the Levant (ISIL or ISIS) leader provided the most detailed account yet of the operation and said the US was on alert for possible “retribution attacks”.

General Frank McKenzie, head of US Central Command, said on WednesdayAbu Bakr al-Baghdadi‘s remains were buried at sea within 24 hours of his death inside an underground tunnel where he fled as special operations soldiers closed in on him.

“US forces discovered Baghdadi hiding in a tunnel when capture at the hands of US forces was imminent,” McKenzie said, as the US released the first photos and videos from Saturday’s raid.

“Baghdadi detonated a bomb he wore killing himself and two young children that were with him. The number two is a change, we originally thought there were three children with him .”

The two children appeared to be under the age of 12, he added.

Al Jazeera’s Alan Fisher in Washington, DC said what the US had released was “very short snippets of video”.

“We see the troops moving towards the edge of the compound,” he said. “We don’t see them going inside. What we are told is that the army then issued orders in Arabic for people to give themselves up, and a number of what they described as non-combatants left the building .” 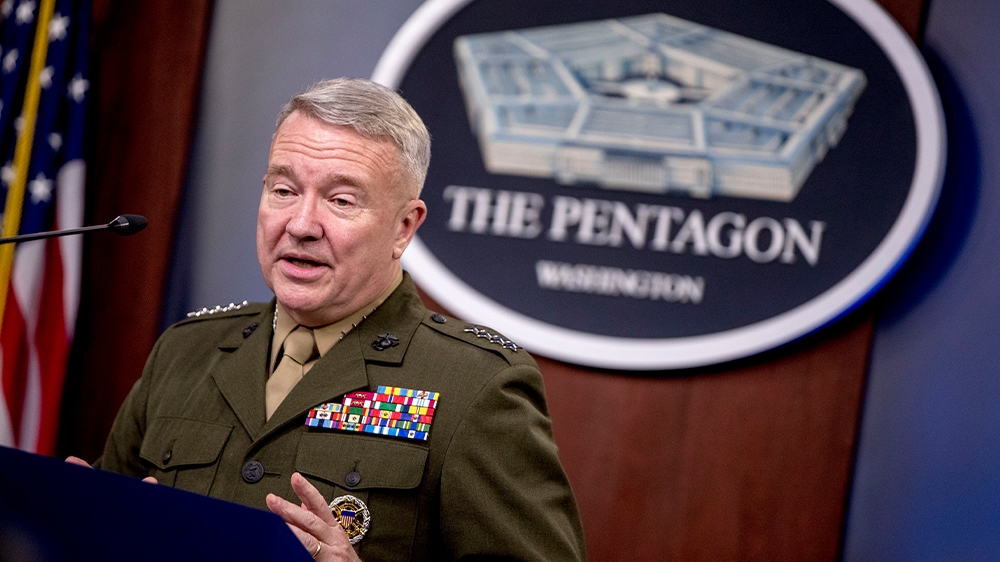 US Central Command Commander General Kenneth McKenzie gave a more detailed account of the raid on Abu Bakr al-Baghdadi’s compound as the US released the first footage and photos from the operation. [Andrew Harnik/AP Photo)

Once the mission was completed, the US moved to destroy the compound in northwestern Syria so that it could not stand as a shrine to al-Baghdadi.

“It looks pretty much like a parking lot with large potholes right now,” McKenzie said.

Among the images the Defense Department released was grainy black-and-white footage of US troops approaching the high-walled compound on foot, as well as video that showed about a dozen unidentified fighters on the ground opening fire on the helicopters that were ferrying the US troops to the site.

Before and after pictures of the isolated compound were also released.

In outlining the operation, the general said al-Baghdadi had been at the compound province for “a considerable period,” but did not go into detail. 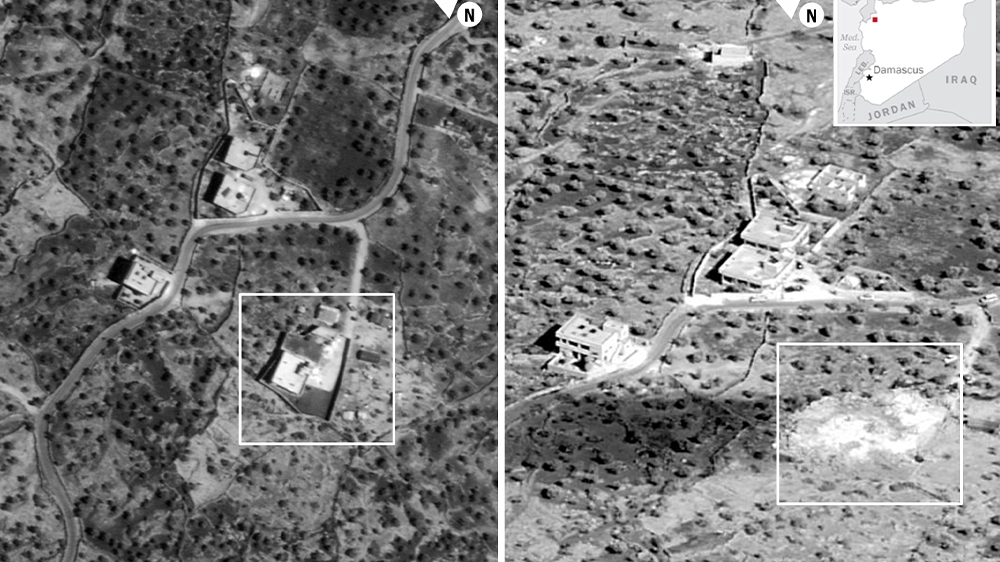 A comparison of the compound of Abu Bakr al-Baghdadi before and after an air attack in the Idlib region of Syria. [US Department of Defense via Reuters]

The team set off from an undisclosed location inside Syria for the one-hour helicopter ride to the compound, he added.

Eleven children were escorted from the site unharmed, while four women and two men who were wearing suicide vests and refused to surrender were killed, the general added.

Baghdadi was identified by comparing his DNA to a sample collected in 2004 when he was captured by US forces in Iraq.

The raid had also enabled the US to collect “substantial” amounts of documentation and electronics, McKenzie said, but would not elaborate.

Although the operation was a success, McKenzie said it would be a mistake to conclude that ISIL had been defeated.

“It will take them some time to re-establish someone to lead the organisation, and during that period of time their actions may be a little bit disjointed,” the general said. “They will be dangerous. We suspect they will try some form of retribution attack, and we are postured and prepared for that.” 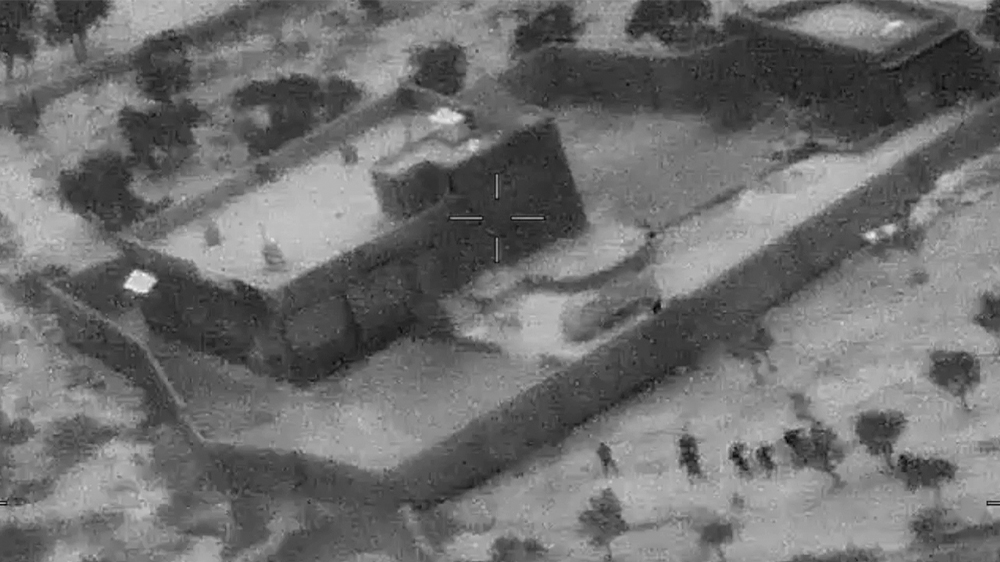 Earlier on Wednesday, the acting Department of Homeland Security secretary, Kevin McAleenan, told a congressional hearing that US security agencies have been reminded of the potential for al-Baghdadi’s death to inspire his followers to launch an attack “in the immediate aftermath.”

Russell Travers, the acting director of the National Counterterrorism Center, told the same hearing that he did not believe al-Baghdadi’s death would have “much impact” on the organisation.

“If there were significant attacks that were in the planning, that planning will continue. It won’t have that much effect,” Travers said.

Within Syria and Iraq, he added, ISIL has at least 14,000 fighters.

“That’s an important number,” he said. “Because five, six years ago, when ISIS was at its low point, they were down under a thousand. To us, this tells us the insurgency has a lot of options.”

Indian-administered Kashmir broken up: All you need to know