The Kurdish People’s Protection Unit (YPG) forces have still not fully withdrawn from a strip of land in northeast Syria from which Ankara says they must leave, Turkey’s defence minister was quoted as saying just hours before a deadline for their removal expires on Tuesday.

Under an accord reached a week ago between the presidents of Turkey and Russia, Syrian border guards and Russian military police are meant to remove all YPG forces and their weapons from a 30km (19-mile) band of territory south of the Turkish-Syrian border by 6pm local time (15:00 GMT) on Tuesday.

After that deadline, Russian and Turkish forces will jointly start to patrol a narrower, 10km strip of land on the Syrian side of the border.

The deal, agreed on in the Russian city of Sochi, reinforced an existing US-brokered ceasefire that halted Turkey’s operation, dubbed Operation Peace Spring, in northeast Syria targeting the YPG, which Ankara views as a terrorist organisation linked to Kurdish fighters in southeast Turkey.

“It looks like the YPG terror organisation is still in the area of Operation Peace Spring,” the defence minister, Hulusi Akar, told the Sabah newspaper in an interview.

“This fight [against terrorism] is not over. We are aware that it will not end.” 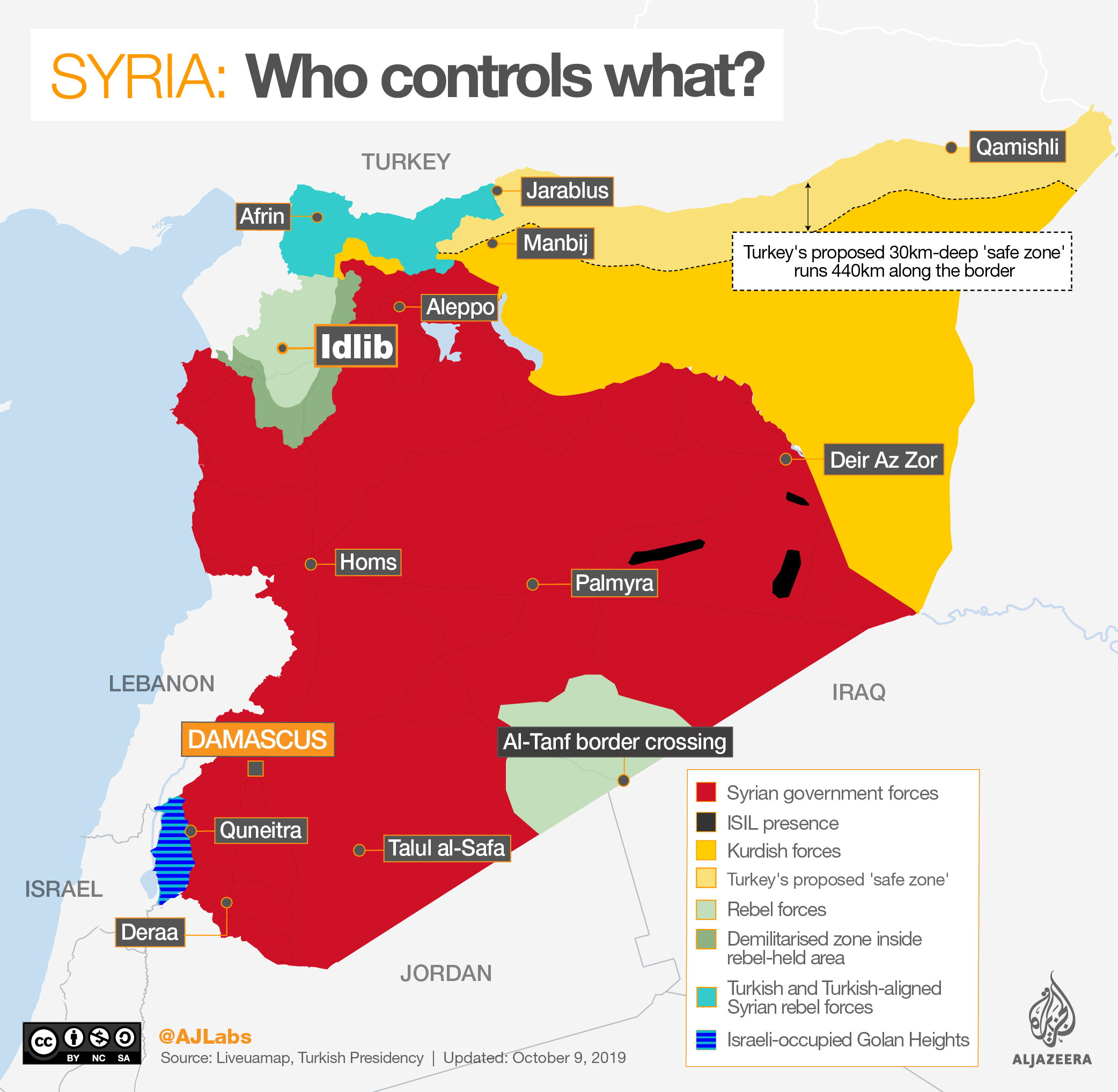 A Russian delegation is currently in Turkey for talks on the border patrols and wider security situation in northeast Syria.

Akar said there were still around 1,000 YPG fighters in the border town of Manbij and a further 1,000 in nearby Tal Rifat. The two towns are located to the west of the strip of territory that Turkey wants to turn into a “safe zone” but Syrian and Russian forces are also meant to clear them of YPG forces.

President Recep Tayyip Erdogan has said Turkey will act alone to clear northeast Syria of YPG forces if Russia fails to fulfil its obligations under the Sochi accord.

Turkey launched its operation in northeast Syria after President Donald Trump said he was pulling 1,000 US military personnel from the area.

Turkey’s NATO allies, including the US, have criticised Ankara’s actions, fearing it will undermine the fight against the Islamic State of Iraq and the Levant (ISIL also known as ISIS) group.

The YPG is the main component in the Syrian Democratic Forces (SDF), which has been a key ally of the US against ISIL.

Russia, a close ally of President Bashar al-Assad, has emerged as the key foreign power in Syria, its influence further bolstered by the withdrawal of US troops from the northeast.

Ertugrul Ghazi: Do you know a Mexican couple converted to Islam after watching the Turkish series?