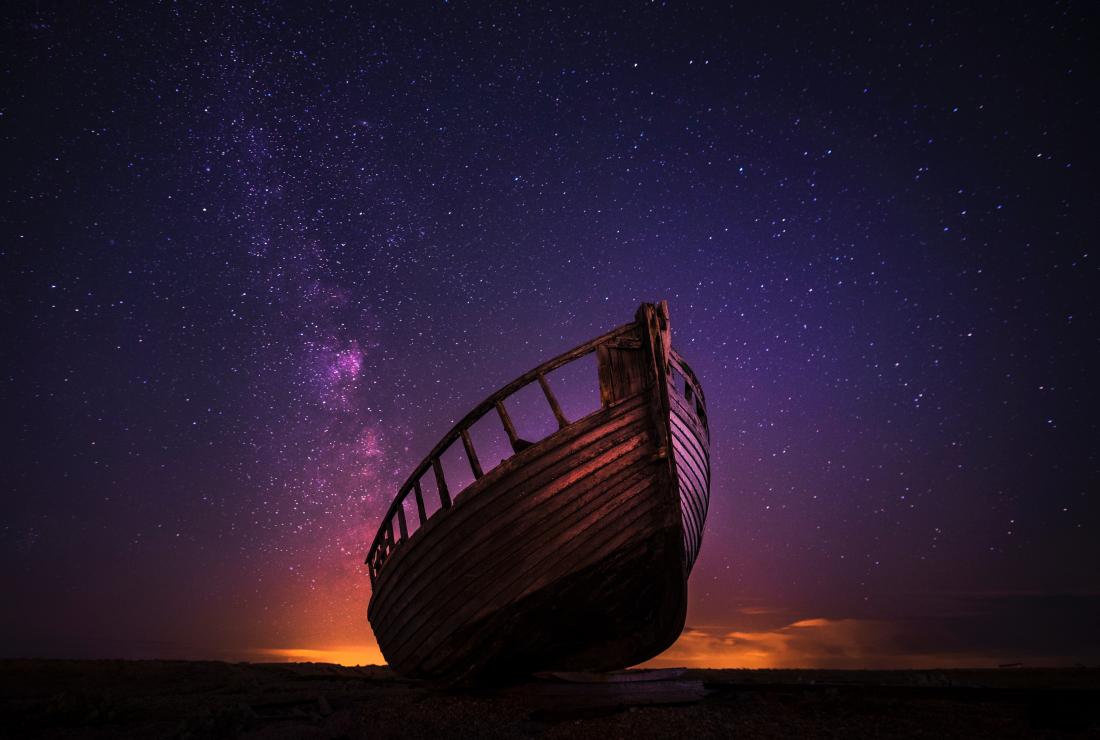 Can scientists explain lucid dreams? Read this special feature to find out what researchers have learned so far.

Typically, when we dream, we are not aware that we are dreaming, and the most unlikely events, characters, and environments seem real to us.

But now and again, some of us realize that we are in a dream as we are dreaming. This phenomenon is called “lucid dreaming,” and it has stirred the interest of researchers and the public alike.

Learning to control aspects of your dreams can be a great way of exploring activities you could never do in real life, facing and overcoming fears, and learning more about your subconscious.

In a previous special feature onMedical News Today,we have explained what lucid dreams are, talked about some techniques you can apply to achieve them, and looked at whether there are any risks associated with this practice.

In this article, we take that discussion a step further, looking at some of the science behind lucid dreaming.

So if you are interested in finding out how common lucid dreams are, who is more prone to having them and why, and what happens in the brain during a lucid dream, read on.

How common are lucid dreams?

It remains unclear how many people experience lucid dreams, but researchers have provided rough estimates based on personal reports they accessed through their studies. 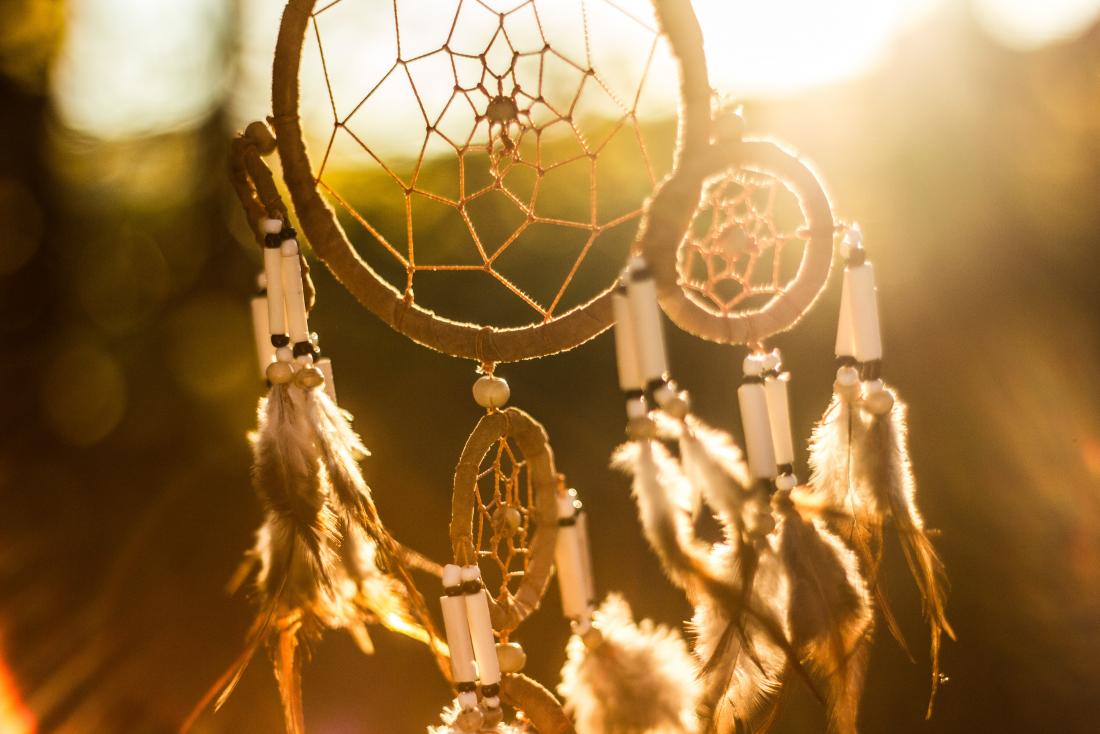 Around 50% of people have had a lucid dream at least once in their lives.

A 2017 study published in the journalImagination, Cognition and Personality: Consciousness in Theory, Research, and Clinical Practicereferred to estimates suggesting that in a representative population, 51% of the individuals had experienced a lucid dream at least once in their lives, and about 20% experienced lucid dreams at least once a month.

The same study notes that people are more likely to experience spontaneous lucid dreams in their childhood, starting at about 3 and 4 years old. However, the likelihood of lucid dreaming begins to decline in early adolescence.

“After the age of 25, spontaneous onset of lucid dreaming appears to be very infrequent,” the study authors write.

The researchers — who hail from the Universities of Mannheim and Heidelberg, both in Germany — investigated whether or not personality traits could help predict a person’s likelihood of experiencing lucid dreams.

The study found that openness to an experience correlates positively with lucid dreaming frequency. However, agreeableness —a personality trait that often indicates a person’s level of friendliness and tact in interpersonal relationships — does not.

The study also identified that neuroticism — a personality factor that often presents as strong moods, anxiety, and depression — had associations with a higher frequency of lucid dreams. 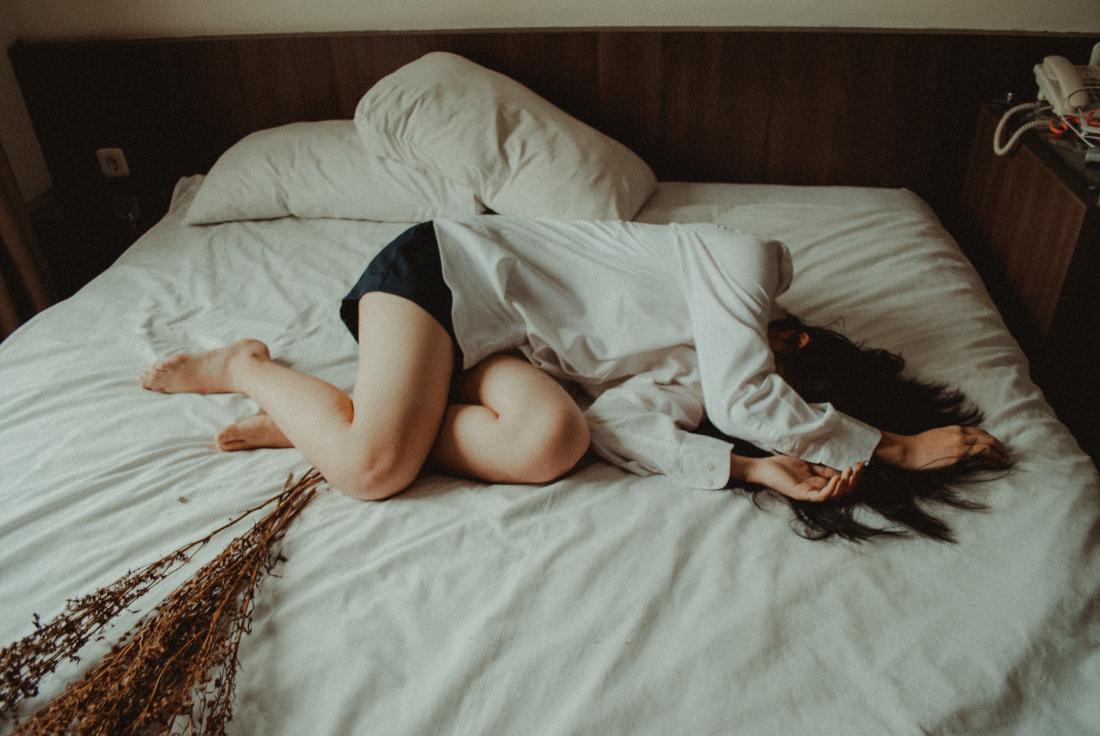 Some studies have found a correlation between lucid dreaming and sleep paralysis.

More often than not, lucid dreaming occurs during the REM (rapid eye movement) phase of sleep, which is also when many regular dreams occur. It is possible that neurochemical peculiarities may play a role in “switching on” parts of our consciousness when they would generally be “switched off.”

“I’m speculating a little bit here, but some people might just tend to produce more of the neurotransmitters that pause REM sleep, typically acetylcholine,” Aspy told us.

“You might have some random variation in neurology or neurochemistry […] I know that people with narcolepsy tend to have a lot more lucid dreams than the average person, and they’re having a lot of sleep disturbances,” he went on to say.

Some anecdotal experiences, as well as some studies, suggest that lucid dreaming may have more in common with the experience of sleep paralysis than that of regular dreaming. 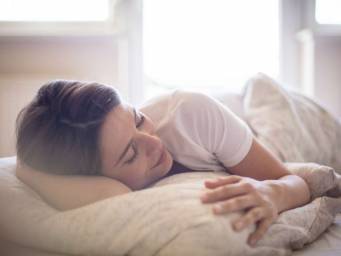 Why do we forget our dreams? Study sheds light
A recent study gets closer to understanding why we usually forget our nightly dreams.
Read now

In sleep paralysis, the mind awakens to a certain degree, while the body remains asleep and unable to move. When that happens, individuals usually experience very realistic hallucinations, as though the content of a dream had “leaked” into the real world.

For instance, a 2017 study — featured in theJournal of Sleep Research— found a significant positive correlation between sleep paralysis and lucid dreaming frequency in a cohort of 1,928 adult participants.

“It is […] likely that these sleep experiences are underlined by similar neurophysiology,” the study authors write.

The role of diet and meditation 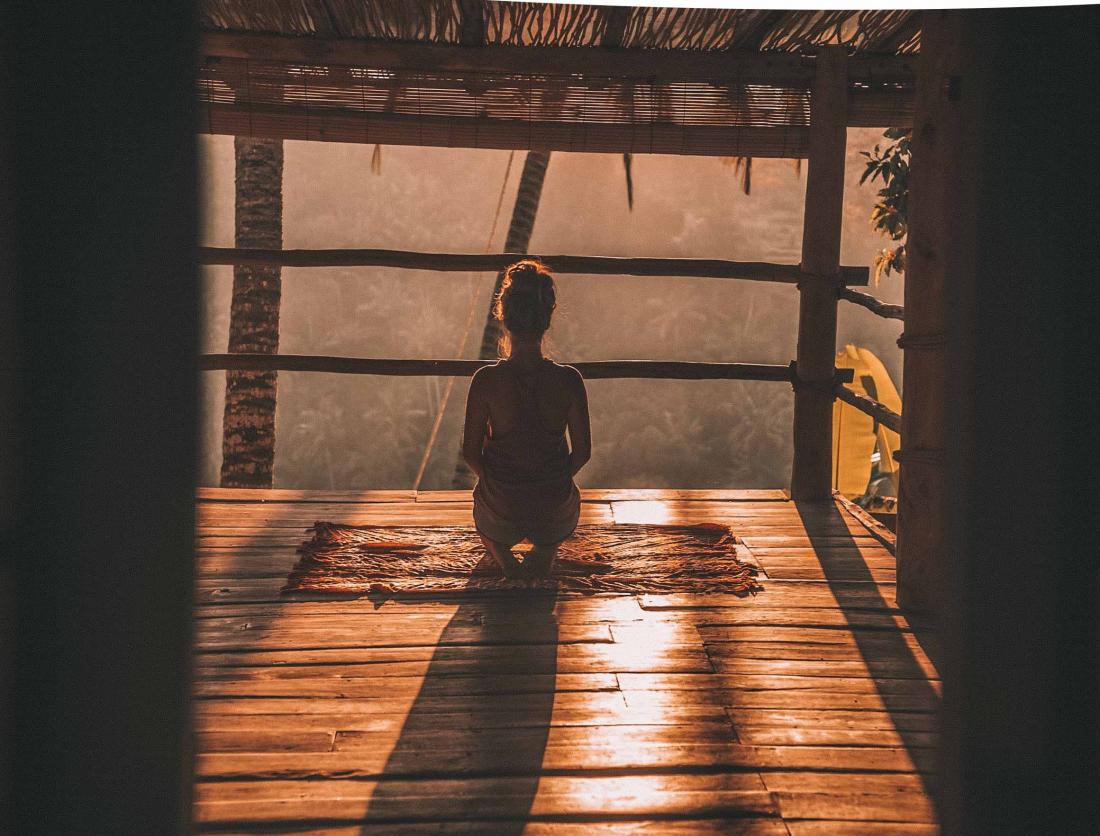 People who meditate may find it easier to have lucid dreams.

Besides neurochemical and neurophysiological factors, Aspy told us, there may also be other unexpected contributors to whether or not a person is likely to experience lucid dreams. One factor, he explained, could simply be nutrition.

“People that are low in certain vitamins […] they tend to have poor dream recall and not have lucid dreams at all,” Aspy said, “whereas, for example, in my study that I published [in 2017], I found that giving people vitamin B-6 supplements caused them to remember more of their dreams, and that could be useful for having lucid dreams as well.”

In that study — which he previously covered onMNT— Aspy and colleagues found that individuals who took 240 milligrams (mg) of vitamin B-6 for four nights before going to bed found it much easier to remember their dreams when they woke up.

“[G]eneral dream recall is the most important predictor of lucid dreams,” Aspy toldMNT. This means that certain changes to the diet might make it more likely that people not only recall their regular dreams when they wake up but also that they can turn regular dreams into lucid dreams more easily.

Another factor that may play a role in a person’s likelihood to experience lucid dreams is meditation. A 2015 study found that people who had practiced meditation for a long time tended to have more lucid dreams.

This, the researchers explain, makes sense because “[a]ttention to the present state of consciousness in wakefulness and contemplating whether the current experience might be a dream is one of the core techniques […] in modern lucid dream practice.”

What happens in the brain?

But what happens in the brain when a person experiences a lucid dream? “Lucid dreaming is a hybrid state of consciousness with features of both waking and dreaming,” write Julian Mutz and Amir-Homayoun Javadi in a review they published inNeuroscience of Consciousnessin 2017. 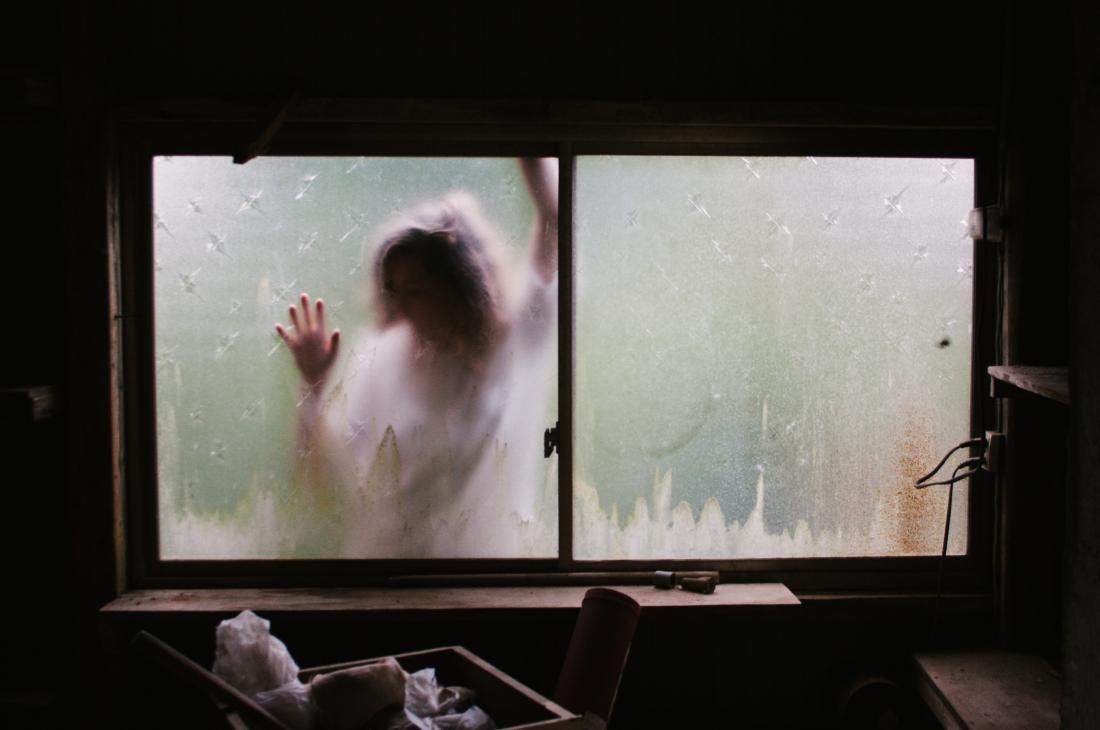 Some lucid dreams are actually lucid nightmares, and researchers are still unsure why those occur.

That makes this sleep experience particularly intriguing, all the more so considering that scientists are still unclear about all the brain mechanisms related to regular dreaming.

In their review, Mutz and Javadi looked at previous studies concerning brain activity during sleep and, more specifically, during periods of regular dreaming versus lucid dreaming.

These are all brain areas related to higher cognitive functions, including attention, working memory, planning, and self-consciousness.

By looking at the research on lucid dreaming and states of consciousness, the researchers also found that during a lucid dream, “levels of self-determination (i.e., the subjective experience of acting freely according to one’s will)” were similar to those that people experienced during states of wakefulness. During regular dreams, however, self-determination was significantly reduced.

Mutz and Javadi also note that by further studying lucid dreaming, scientists could learn more about different types of consciousness, which are less easy to separate and study at other times.

Tadas Stumbrys, Ph.D. — a researcher from Vilnius University in Lithuania, who specializes in the science of dreams — notes that perfecting the art of lucid dreaming is tempting for many people, who often use it for “wish fulfillment, such as flying or engaging in sex.”

While it is certainly possible to become better at lucid dreaming, lucid dreamers can only control limited aspects of their dream at once. “I’ve never heard of anyone who can control everything about a lucid dream at the same time,” Aspy told us.

Many features of lucid dreaming remain a mystery, such as details about the brain mechanisms behind it. Another unknown is why lucid dreams can sometimes turn ominous — about 7% of them are, surprisingly, lucid nightmares, according to Stumbrys.

These are avenues for future research, which is yet to understand what lucid dreams can achieve for the dreamer, and where they fit on the map of sleep experiences.

Elizabeth Warren suggests, without evidence, that Facebook changed its political ad rules after meeting with …

Hair loss in children: What to know

Medical News Today: What happens if a tampon gets stuck?

The 7 best supplements for keto diets