SHC refuses to pass injunction to halt drive against encroachments

Crown prince Mohammed bin Salman, Saudi Arabia’s de facto ruler, denied in an interview broadcast on Sunday that he ordered the killing of journalist Jamal Khashoggi by Saudi operatives nearly a year ago, but said he ultimately bears “full responsibility” for what happened because he is the country’s leader.

Speaking to the US network CBS on its “60 Minutes” programme, the crown prince said: “Absolutely not,” when asked if he ordered the killing.

But he said he took full responsibility, “since it was committed by individuals working for the Saudi government.”

“This was a mistake. And I must take all actions to avoid such a thing in the future,” MBS said of the killing, which he called “heinous.”

Khashoggi, a Washington Post columnist, was last seen at the Saudi consulate in Istanbul on October 2 last year, where he was collecting documentation ahead of his wedding. His body was dismembered and removed from the building, according to reports, and his remains have not been found.

MBS’ comments echo those made in a trailer to a PBS documentary due to air this week in which he said: “I get all the responsibility because it happened under my watch”.

Speaking last week after the release of the trailer, Khashoggi’s fiancee Hatice Cengiz described the prince’s comments were a “pure political manoeuvre”.

“By saying that everything happened under his watch, he’s sending the world a message that he’s more influential than the king of Saudi Arabia, and is the real head of the country,” Cengiz said. 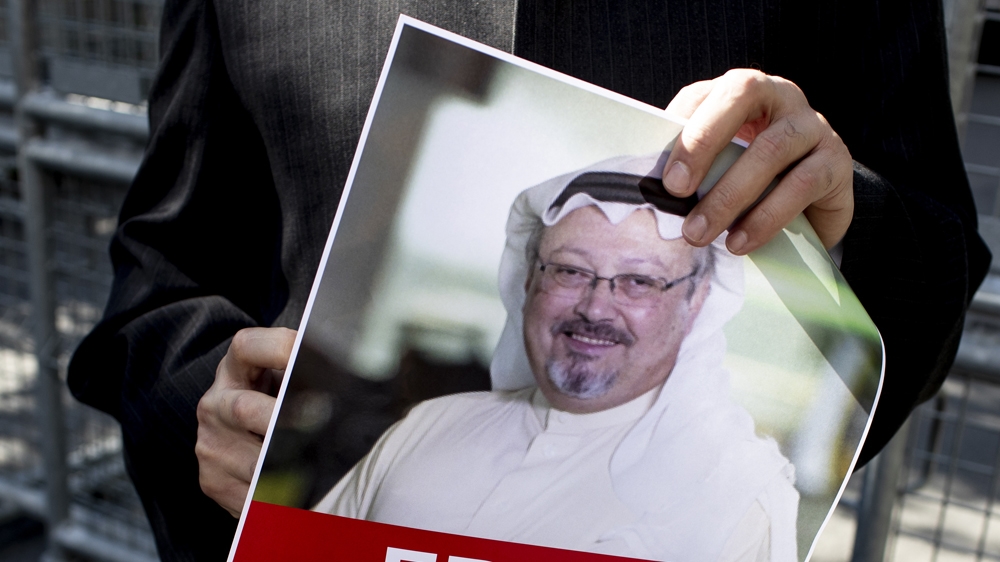 The CIA and some Western governments have said they believe MBS ordered Khashoggi’s killing, but Saudi officials have repeatedly said he had no role.

After initial denials, the Saudis blamed the murder on rogue operatives. The public prosecutor said the then-deputy intelligence chief ordered the repatriation of Khashoggi, a royal insider who became an outspoken critic, but the lead negotiator ordered him killed after discussions for his return failed.

He insisted that “the investigations are being carried out, and once charges are proven against someone, regardless of their rank, it will be taken to court, no exception made.”

Khalil Jhashan, executive director of the Arab Center in Washington DC told that the interview was a “good exercise in public relations for Saudi Arabia”, but raised more questions than it answered.

“There are legal issues here,” he said. “Who ordered the killing? He admits that some Saudi citizens – they are official within his government – perpetrated what he called ‘this heinous crime’ – but who gave the order? if it weren’t him, who else?”

UN rapporteur Agnes Callamard, who investigated Khashoggi’s murder, and called for the Crown Prince and other senior Saudi officials to be investigated, has dismissed Saudi Arabia’s trial of 11 suspects, which is taking place in secretive proceedings, as a sham. Only a few hearings have been held so far.

Callamard says more efforts should be made to isolate Riyadh diplomatically.

She has urged the CIA to declassify its files on the killing, and for the FBI to open a criminal investigation. Meanwhile, she urged the G20 group of rich countries to move their November 2020 meeting, which is scheduled to take place in Riyadh.

Why do we forget our dreams? Study sheds light

Hong Kong on edge ahead of China anniversary, after weekend chaos

UN condemns third attack on Yemen market in a month