Saudi Arabia has thrown open its doors to foreign tourists, announcing that it would launch a new visa programme for 49 countries in a bid to draw foreign companies to invest in the country’s tourism sector.

Tourism chief Ahmed al-Khateeb told Reuters in an interview in the run-up to the official announcement that abayas will not be mandatory for women tourists but modest dress is, including at public beaches.

The country announced the new visa programme and appealed to foreign companies to invest in a sector it hopes will contribute 10 percent of gross domestic product (GDP) by 2030.

Visas will be available online for about $80, with no restrictions for unaccompanied women as in the past. Access to the Muslim holy cities of Mecca and Medina is restricted. 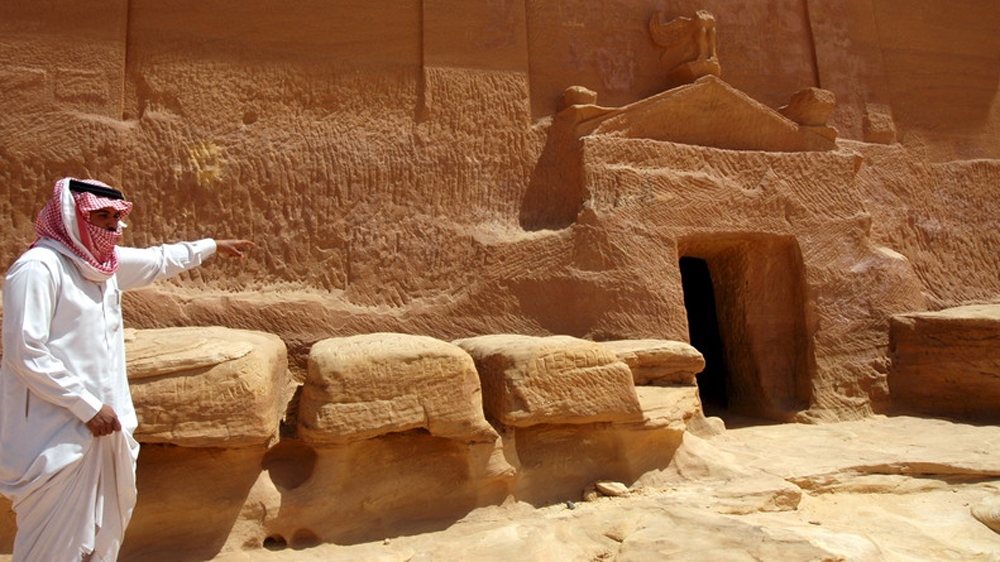 More details, including which countries are eligible, were expected later on Friday. Khateeb said China, Japan, Europe and the United States were among the top outbound targets.

Until now, foreigners travelling to Saudi Arabia have been largely restricted to resident workers and their dependents, business travellers, and Muslim pilgrims who are given special visas to visit Mecca and Medina.

The country has in recent years relaxed strict social codes, such as segregating men and women in public places and dress requirements for women.

But as it liberalises rules on tourism, Khateeb indicated that alcohol remains banned: “We will have enough tourists to come to Saudi Arabia to enjoy other things.”

Plans to admit significant numbers of leisure tourists have been discussed for years, only to be blocked by conservative opinion and bureaucracy. An e-visa for sporting events and concerts was introduced last December.

Many of his reforms received international praise, but his image has been tarnished by last year’s killing of journalist Jamal Khashoggi, the arrest of critics including prominent female activists and a devastating war in Yemen.

MBS said that he bears responsibility for the event, which he said happened “under his watch”, according to a PBS documentary that has yet to be aired.

Tensions with archrival Iran have also flared, as Riyadh blames Tehran for an attack earlier this month on Saudi oil facilities. Iran has denied carrying out the attacks.

Khateeb, who chairs the Saudi Commission for Tourism and National Heritage, said the country is “very, very safe” and the attack would not affect plans to attract tourists.

Tourism is high on the crown prince’s agenda, despite a shortage of infrastructure. To drive growth, Khateeb estimated some 250 billion riyals ($6bn) of investments are needed, including 500,000 new hotel rooms by 2030 – half at government-backed mega projects and half from private investors. 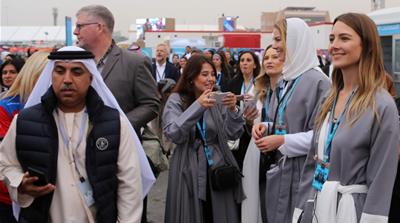 Western tourists, such as these at last year’s Formula E electric car race in Riyadh, have been coming to Saudi Arabia in small numbers, but the government now wants to attract more [File: Faisal al-Nasser/Reuters]

The government wants to attract 100 million annual visits in 2030, up from about 40 million currently. Contribution to GDP is aimed to reach 10 percent from 3 percent.

Asked about negative perceptions of Saudi Arabia among some in the West, he said: “I’m very, very sure they will have a better judgment when they come and experience the life here in Saudi Arabia, and I promise them they will leave with great memories.”

The Gulf country, which shares borders with Iraq to the north and Yemen to the south, boasts vast tracts of desert but also verdant mountains, pristine beaches and historical sites including five UNESCO World Heritage Sites.

“We remain authentic,” said Khateeb. “We have a great culture where many, many tourists would love to come and explore this culture and learn more about it and see it and experience it.”

The development drive aims at adding 1 million tourism jobs. Getting hundreds of thousands of Saudis into the workforce remains a major challenge for the crown prince, who has so far only managed to make a dent in the official unemployment rate which remains over 12 percent.