Locals elections are normally a low-key affair in Russia, but this time everything could be much different.

Millions of voters across the vast country are casting their ballots in Sunday’s regional and municipal polls, taking place after weeks of opposition protests led to the biggest crackdown on dissent in years.

Much of the attention in the closely watched elections is focused on the Moscow parliament vote following the arrests and jailing of independent would-be candidates and their supporters.

Polling stations in the capital opened at 05:00 GMT and will close 12 hours later.

“These elections, which are normally considered unimportant, have attracted so much attention and that is because the vote has led to a lot of protests and police crackdowns,”Al Jazeera’s Step Vaessen, reporting from Moscow, said.

The elections present a challenge for the authorities with the popularity of the ruling United Russia party, which supports President Vladimir Putin, at its lowest in more than a decade.

In Moscow, all of United Russiacandidates are running as independents, a tactic widely seen as aiming to prevent them from being damaged by the party’s waning support.

United Party has served as a lightning rod for public anger over stagnant incomes and deeply unpopular reforms such as a government move last year to hike the retirement age. 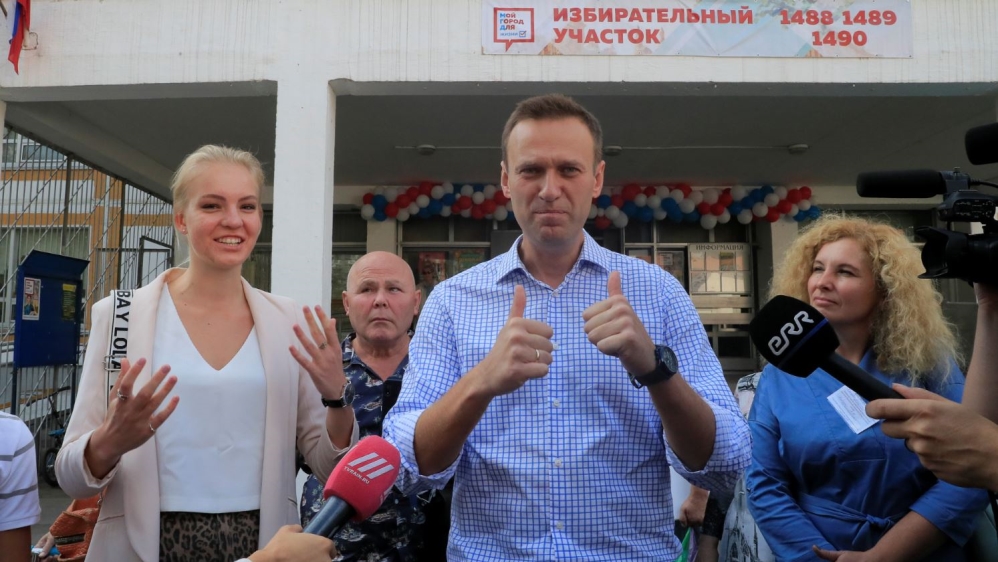 Analysts say the results of the vote will be keenly watched ahead of parliamentary elections in 2021 and will help shape Russia’s political future, as Putin enters his third decade in power.

In recent weeks, tens of thousands have taken part in Moscow protests demanding a fair vote after allies of opposition leader Alexei Navalny were barred from the election.

Authorities responded with a police crackdown – the biggest since a wave of protests in 2011 and 2012 against Putin’s return to the Kremlin after a stint as prime minister.

Nearly all opposition politicians seeking to get on the ballot in Moscow were jailed, as were several people for alleged violence against police, even though opposition supporters said their rallies were peaceful.

Alyona Prokhorova, a 46-year-old mother of four, said she was shocked by the clampdown and that for the first time in her life she signed up to be an independent election observer to monitor for possible irregularities.

“Moscow is against this hideousness,” she told AFP news agency at a polling station in Moscow. “I still cannot get over it.”

“The Moscow parliament elections have become a litmus test of the authorities’ ability to accept this new reality,” Stanovaya told AFP.

Hong Kong protesters march to US consulate calling for support

Medical News Today: How to relieve laryngitis symptoms at home

Tensions high as Mozambique gears up for high-stakes elections