Doha, Qatar– The 17th edition of the IAAF World Athletics Championships kicks off on Friday in Qatar – the first Middle Eastern country to host the biennial competition.

The main events will take place in Khalifa International Stadium, a 40,000-capacity venue that was reopened in May 2017 after renovations.

Reigning 100m world champion Justin Gatlin, six-time Olympic gold medalist Allyson Felix from the United States and sprinters Shelly-Ann Fraser-Pryce and Elaine Thompson fromJamaica, among others, will be the highlights of the lineup in Doha.

At 49 years of age, Spain’s Jesus Angel Garcia will become the oldest competitor in the history of the championships when he starts the 50km race walk on Saturday. 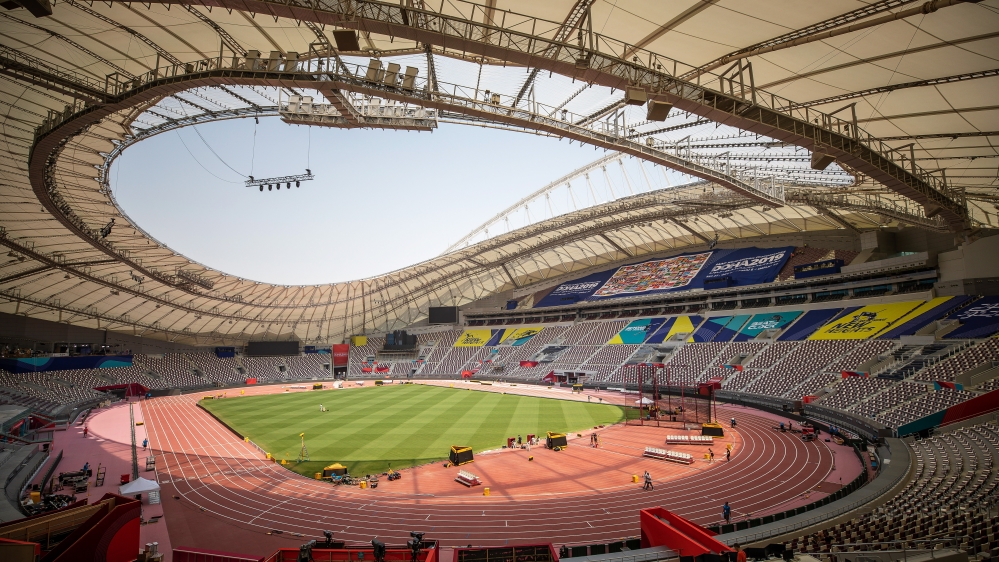 The Khalifa International Stadium, built in 1976, was renovated and reopened in May 2017 [Maja Hitij/Getty Images] 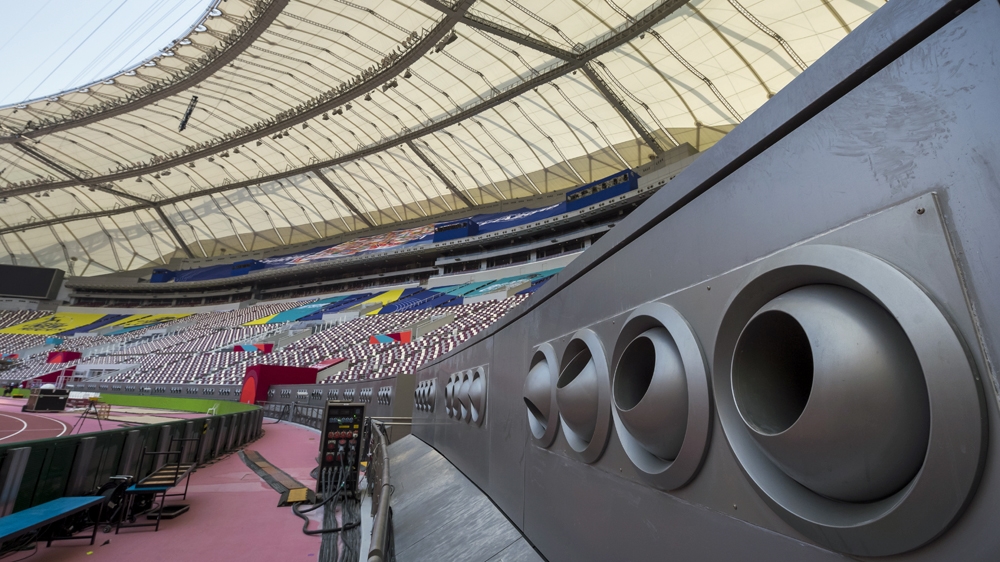 Tickets for the finish line are sold out for all 10 days of the event and more than 200,000 spectators are expected to attend, Hamad al-Obaidly, head of media and communications for the local organising committee (LOC), told Al Jazeera.

An advanced open-air and environment-friendly cooling technology was installed to keep the pitch temperature at an optimum 26C, which can be reduced to a low of 17C.

Built in 1976, the multi-purpose outdoor arena has already hosted football’s Gulf Cup, the 2006 Asian Games and the 2011 AFC Asian Cup. It will also play host to matches at the FIFA World Cup in 2022.

Eighteen athletes, including two females, will represent hosts Qatar, which won the hosting rights in 2014, beating rival cities Eugene in the US, and Spain’s Barcelona. 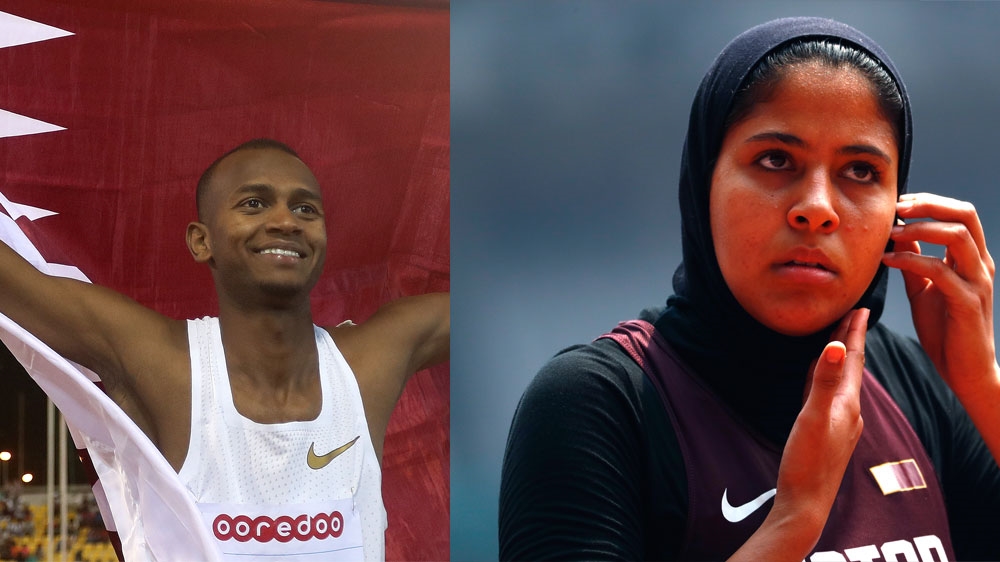 Mamdouh told Al Jazeera there is “a lot of pressure” when competing at home.

“This time, there’s so much pressure… it’s in Qatar, everyone is watching,” the 21-year-old university student said. “I want to do the best I can, present myself to the world and represent Qatar as having upcoming athletes.”

She added that the event being held on home ground “will motivate and inspire the upcoming generations and open doors to a lot of people”.

Along the promenade of Doha’s corniche, floodlights have been set up for the midnight marathon, the first of its kind at the world championships.

Paula Radcliffe, champion of the 2005 marathon at the world championships, backed holding the event at midnight, saying “it’s exciting from a competitor’s point of view because it’s unique and offers the best conditions for the athletes”.

“It’s rare that people think about the best conditions for the athletes to race in,” said Radcliffe.

The competition will also see the global debut of the 4x400m mixed relay before its Olympics rollout in Tokyo next year. 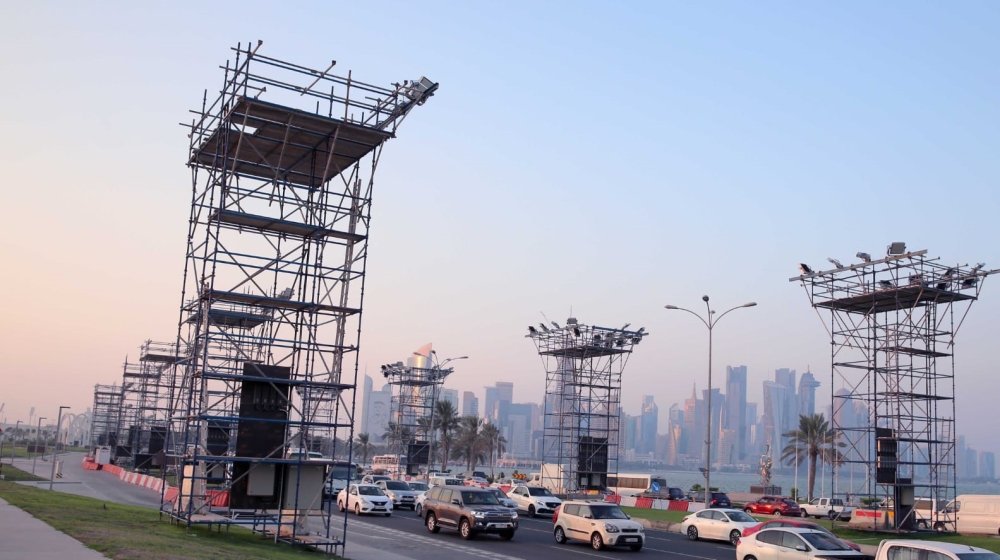 For the first time in the championship’s history, the marathon will be held at midnight along Doha’s Corniche [Yousef Shaheen/Qatar Olympic Committee]

Tom Crick, head athletics coach at Aspire Academy that works in collaboration with the national federation, said it was “absolutely invaluable” to have events like the world championships and the annual IAAF Diamond League in Doha.

“I can’t tell you how important it is for an athlete to go and have the opportunity to compete and see their friends and people they know competing,” Crick told Al Jazeera. “That really gives them the idea that ‘yes, it’s possible to do this, I can be a world-class athlete’.”