At least one protester has been killed and scores of people have been wounded in Iraq’s capitalas police clashed with anti-government demonstrators, according to officials.

Hundreds of people, including university graduates, took to the streets of Baghdadon Tuesday to protest against unemployment, corruption and poor services, clashing with security forces who used rubber bullets, tear gas and water cannon to disperse them.

In a statement, the government’s media unit cited the health ministry as saying that one protester was killed, while 200 people, including 40 members of the security forces, were wounded.

Many of those injured were later released from hospital, with 50 people remaining to receive medical treatment, the statement said.

Speaking to Al Jazeera, Mustafa Saadoon, director of the Iraqi Observatory for Human Rights, accused anti-riot police of using “excessive force and tear gas against the protesters that resulted in the death of three protesters and the wounding of more than 250”.

The number of people killed and wounded could not be independently verified. 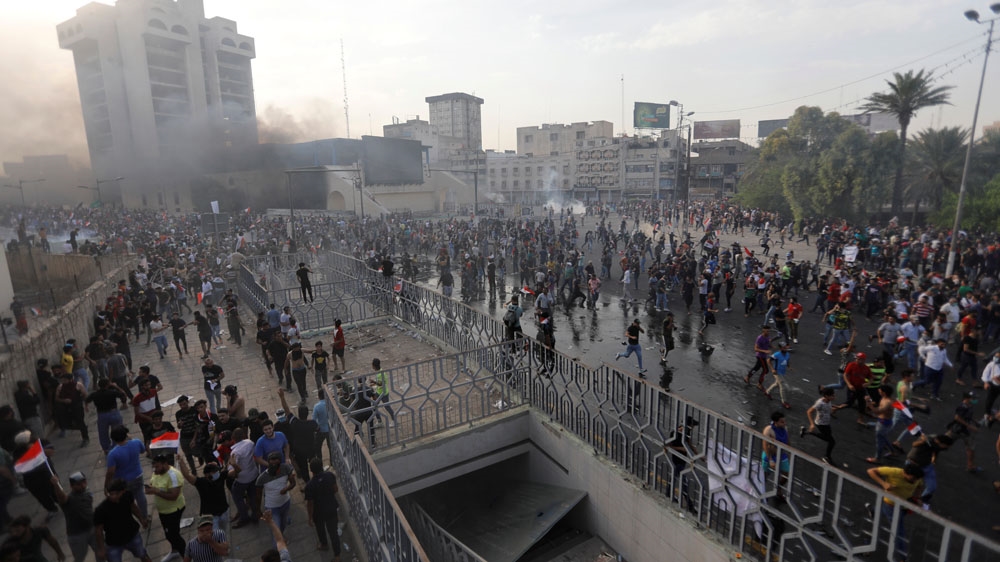 The rally began peacefully on Tuesday afternoon, with more than 1,000 people marching in Tahrir Square in the centre of Baghdad after answering a call on social media.

“Some tried to make their way over the bridge into what was formally the Green Zone (which houses government offices and foreign embassies) … and then they were pushed back by the police,” Al Jazeera’s Imran Khan, reporting from Baghdad, said.

As more people converged into the square chanting anti-government slogans, riot policemen began to fire live ammunition to disperse them, scattering the mostly young male protesters, some of whom covered their face with scarves, The Associated Press news agency reported. Other protesters responded by throwing stones at security forces and waved Iraqi flags above the water cannon. Young men were seen carried away, some of them bleeding.

The gathering was the biggest demonstration against the government of Prime Minister Adel Abdul Mahdi since he came to power in late October 2018. Demonstrations were also reported in other parts of Iraq, including in Najaf and al-Nasiriyah.

Waleed Ibrahim,Al Jazeera’s bureau chief in Baghdad, said Tuesday’s demonstrations were not organised by any political party, but were “in continuation of previous protests several weeks ago by unemployed university graduates protesting against the government’s failure to honour previous promises” to deliver jobs.

“We want this government to be changed. This is a government of political parties and militias,” Fadhel Saber, a 21-year-old unemployed protester in Baghdad, told the AP.

According to the World Bank, youth unemployment in Iraq is running at around 25 percent, double the national average.

University graduates criticise the government for failing to provide jobs, while the complaints about poor services echo those that hit the southern city of Basra last summer. 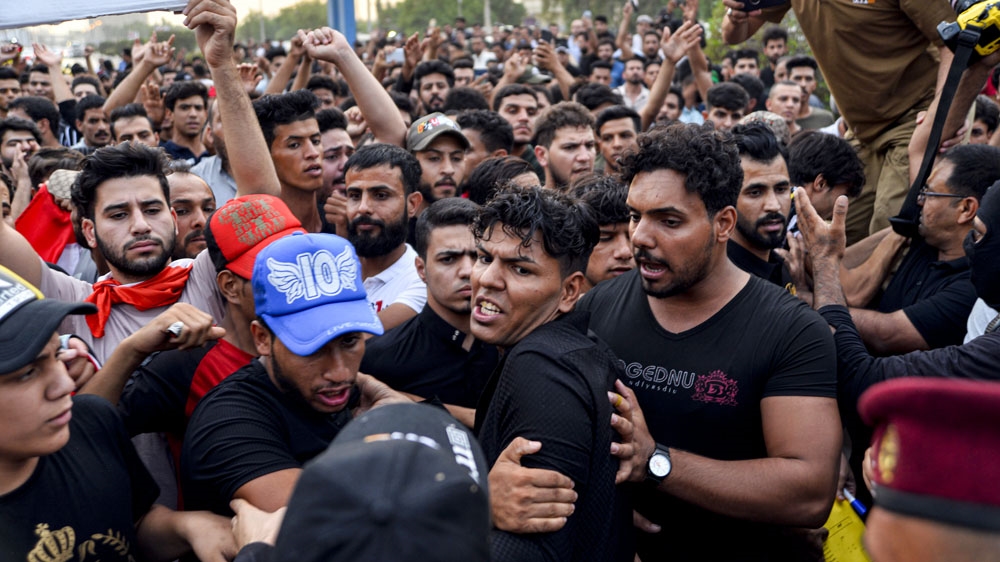 British-Pakistanis, Conservative MP come together to fight COVID-19 in UK

Iran women married to foreigners can pass citizenship to children