Islamabad, Pakistan- Pakistan’s prime minister has vowed to raise the issue of rights violations allegedly perpetrated by India in the disputed region of Kashmir at the United Nations next month, as tens of thousands held protests across the country expressing solidarity with the Kashmiris.

“The whole world should have stood with Kashmir,” Prime Minister Imran Khan said at a rally of thousands outside his office in the capital Islamabad on Friday.

“But today I have to say, with sadness, that when there is injustice against Muslims, then the international community, and those institutions like the UN that are to provide justice, remain silent.”

Khan reiterated his strong criticism of Indian counterpart Narendra Modi and his ruling Bharatiya Janata Party (BJP), calling his government “fascist and racist” and likening the party to the Nazis.

On August 5, India revoked a special constitutional status accorded to the Indian-administered Kashmir, imposing a communications blackout and deploying thousands of troops to quell unrest in the disputed territory.

Both India and Pakistan claim Kashmir in full, but administer separate portions of it. The nuclear-armed South Asian neighbours have fought two of their three wars over the region. 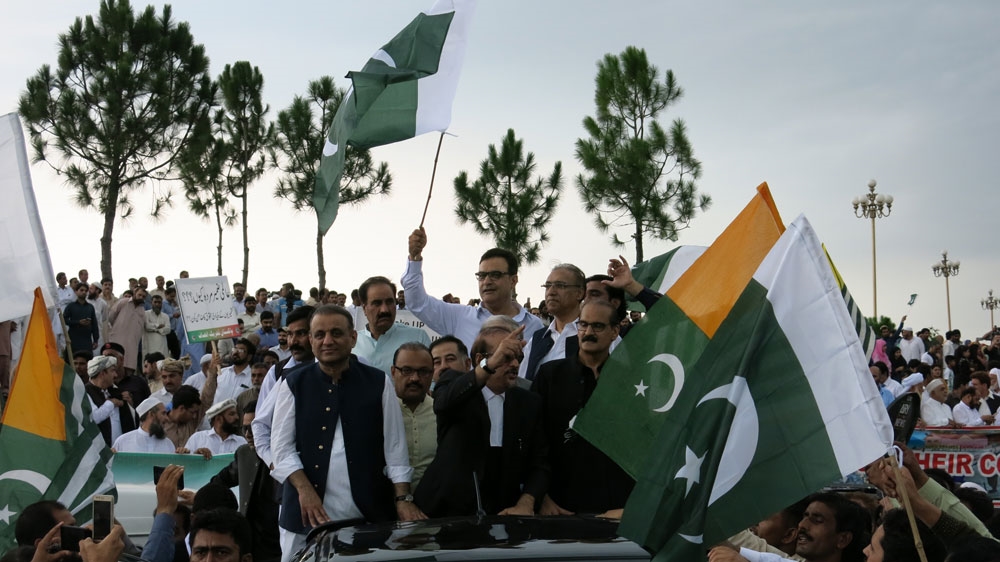 On Friday, Khan repeated an earlier warning that the situation could quickly escalate if India took any military action across the Line of Control that divides the Kashmiri territory between India and Pakistan.

“Our army is ready that if there is any kind of [attack] on Azad Kashmir [Pakistan’s name for the region under its administration], then we are ready for them,” he said.

“But the world should know that when two countries with nuclear weapons are facing each other like this, it will not just harm the region, it will harm the world.”

The Indian government says it revoked Kashmir’s constitutional status in order to bring the region into the country’s economic and governance mainstream.

“They are trying to create an alarming situation which is far removed from facts and grounds realities,” he told reporters in New Delhi during a press briefing.

Khan said he would be raising the matter the UN General Assembly in September. Pakistani Foreign Minister Shah Mahmood Qureshi, who has been holding daily telephone calls with world leaders on the crisis, is also due to attend an upcoming meeting of the UN’s Human Rights Council to raise the issue. 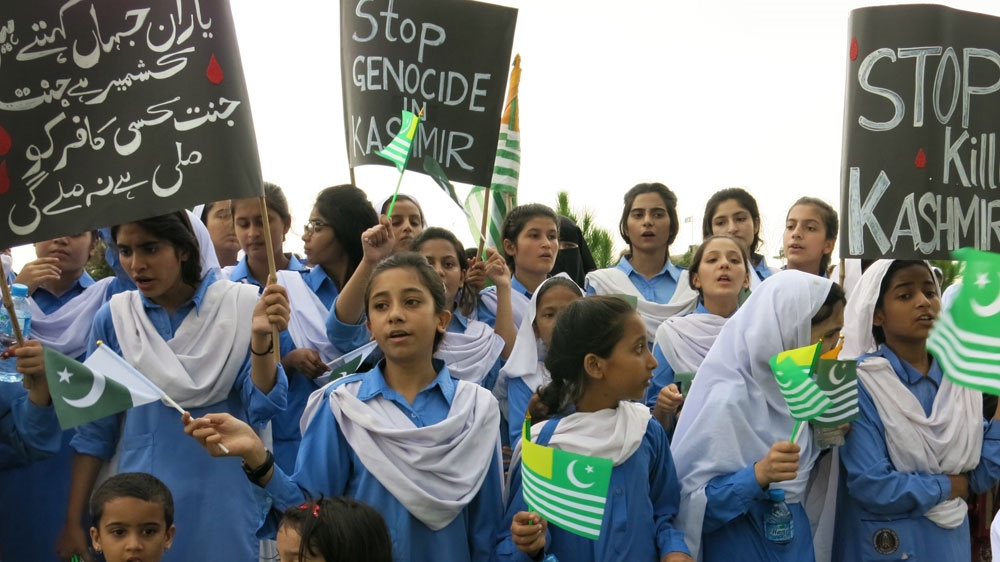 ‘What Kashmiris want should be respected’

Coordinated rallies were held across Pakistan in solidarity with Kashmiris at midday, after a call by Prime Minister Khan earlier this week. 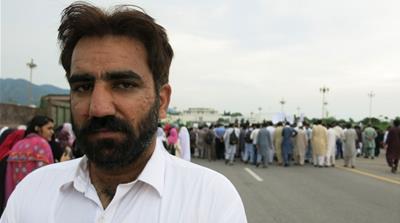 “I think the United Nations resolutions calling for a plebiscite [in Kashmir] should be respected,” said Babar Khan, 30, a teacher who attended the protest in Islamabad.

“What the Kashmiri people want should be respected. Whether they want to join India, join Pakistan or be independent.”

Nearby, a group of schoolchildren loudly chanted slogans calling for the region to be given freedom, as political leaders addressed groups of supporters.

“What is happening [in Kashmir] right now is unbearable,” said Ateeq Nawaz, 64, a retired engineer who was attending the protest with his grandchild.

“Seeing video and pictures of [alleged rights violations] in Kashmir, it is intolerable, as a human being.”

Nawaz said he hoped the international community would see the size of Friday’s protests and intervene in the crisis, a view echoed by others.

“It creates pressure, when protests like this are covered in the media,” said Najma Mazhar, another protester. “What else can we do [other than protest]? The Kashmiris have our support, and they should know that the people of Pakistan stand with them.

“And the international community needs to act.”

#MehwishHayat is slamming #PriyankaChopra for her xenophobic, fallacious ‘activism’

Mohamad Mahathir: Muslim world ‘in a state of crisis’