The White House on Tuesday said it would not cooperate with an impeachment investigation into President Donald Trump, labelling the process partisan, illegitimate and unconstitutional as it blocked an ambassador from giving evidence to the inquiry.

“Put simply, you seek to overturn the results of the 2016 election and deprive the American people of the president they have freely chosen,” Cipollone wrote.

“Your inquiry lacks any legitimate constitutional foundation, any pretense of fairness, or even the most elementary due process protections,” he said of the inquiry, which is weighing whether Trump abused his office by seeking a corruption probe in Ukraine of his rival Joe Biden.

“President Trump cannot permit his administration to participate in this partisan inquiry under these circumstances.”

Pelosi fired back, calling the letter “manifestly wrong” and describing it as “another unlawful attempt to hide the facts.”

“Mr President, you are not above the law. You will be held accountable,” she said, warning that “continued efforts to hide the truth of the president’s abuse of power from the American people will be regarded as further evidence of obstruction.”

The stand-off risks a constitutional crisis, with the potential for a court showdown just as the US gears up for the 2020 election. 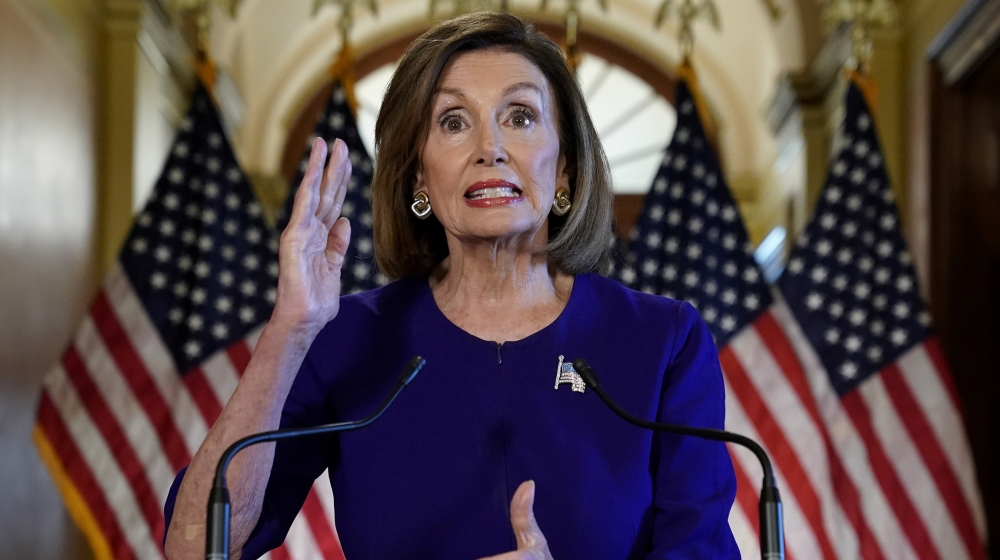 The House of Representatives launched an official impeachment investigation of President Donald Trump last month after he encouraged a foreign leader to conduct a probe that could damage a political rival. House Speaker Nancy Pelosi, a Democrat, said at the time that no one was above the law. [Kevin Lamarque/Reuters]

The White House letter followed Trump’s move to bar a key witness, Ambassador to the European Union Gordon Sondland, from speaking to Congress — calling it a “totally compromised kangaroo court.”

“It is an obstruction of the clear constitutional right and responsibility of Congress to investigate the executive branch,” Jeff Hauser, a lawyer and executive director of the Revolving Door Project at the Center for Economic and Policy Research. told Al Jazeera.

In response to Trump’s move, Democrats issued Sondland, a Trump donor who only started in his job in the EU in July, with a subpoena that “compels” him to appear on October 16.

The investigators are interested in what the ambassador knew and what his role was in Trump’s efforts to get Ukraine to investigate former Vice President Joe Biden, who is one of the leading potential challengers to the Republican president.

The impeachment inquiry is focused on a whistle-blower’s allegation that Trump used nearly $400m in US military aid to secure a promise from Ukraine’s president to investigate Biden, a leading candidate for the 2020 Democratic presidential nomination, and his son.

There has been no evidence of wrongdoing by the Bidens. Trump has rejected the allegations.

The whistle-blower’s legal team is in the final stages of talks for him to speak to Democratic and Republican-led congressional intelligence committees as early as this week, congressional officials said.

Adam Schiff, the Democratic chairman of the House intelligence committee spearheading the impeachment inquiry, told reporters the move to block Sondland from testifying or turning over his text messages or emails was obstruction.

“We will consider this act today … to be further acts of obstruction of a co-equal branch of government,” Schiff told reporters. 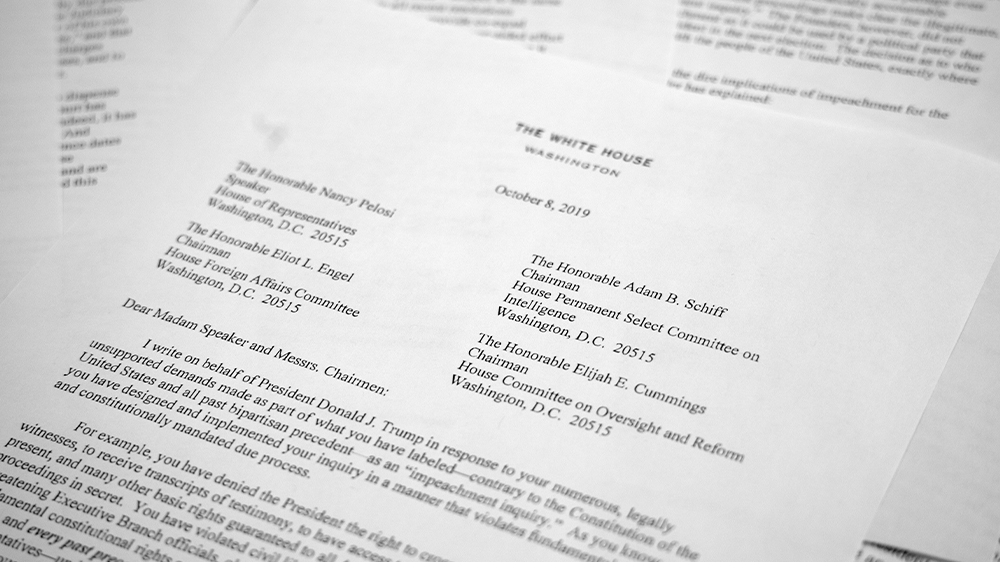 Members of the committees were expected to ask him why he became involved in dealings with Ukraine, which is not a member of the EU.

The president, shortly after the announcement was made public, tweeted that he would “love” to have sent Sondland to give evidence.

“But unfortunately he would be testifying before a totally compromised kangaroo court, where Republican’s rights have been taken away, and true facts are not allowed out for the public to see,” Trump said.

Sondland would have been the first Trump political appointee to answer questions before the committees.

Previous witnesses have been career officials, including the former US special envoy for Ukraine, Kurt Volker who resigned from his part-time role before giving evidence last week.

Another career diplomat, Marie Yovanovitch, is scheduled to meet the committees behind closed doors on Friday. Yovanovitch was the US ambassador to Ukraine until Trump cut short her term and recalled her in May.

Following the White House letter, members of the Trump administration would not be authorised to testify in Congress and would ignore subpoenas, a senior administration official told reporters.

He insisted that the White House was “definitely avoiding saying there’s no way we’d ever cooperate,” but he declined to discuss “hypothetical situations” in which a change might take place. 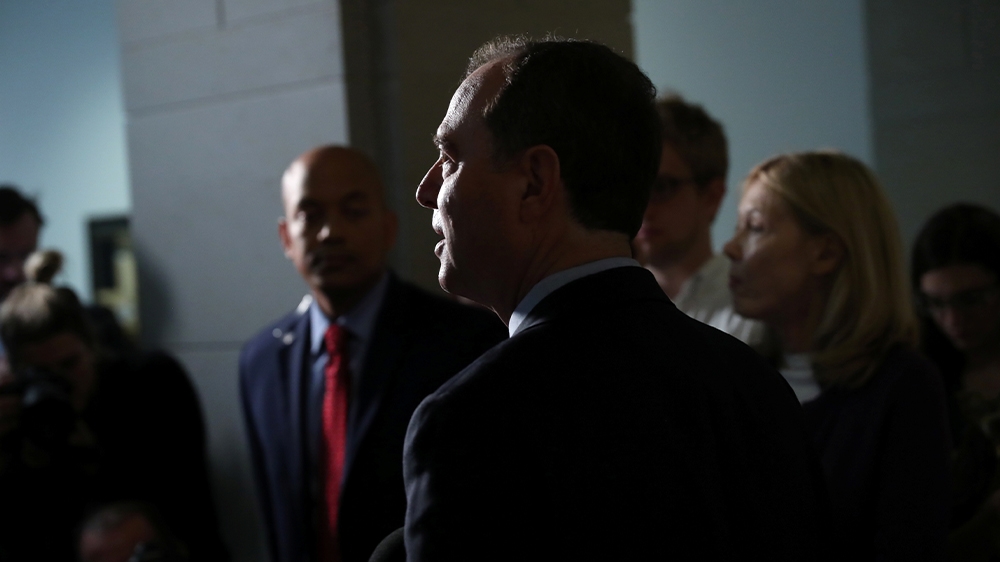 How does smoking weed affect a cold?

Prince William could be dubbed the ‘bad guy’ in Prince Harry, Meghan’s biography