The location and animal are both symbols associated with the Kim family’s dynastic rule. Kim has previously visited Mt Paektu before making major decisions such as the 2013 execution of his powerful uncle and his 2018 decision to embark on diplomacy with Seoul and Washington.

“His march on horseback in Mt Paektu is a great event of weighty importance in the history of the Korean revolution,” KCNA said.

“Having witnessed the great moments of his thinking atop Mt Paektu, all the officials accompanying him were convinced with overflowing emotion and joy that there will be a great operation to strike the world with wonder again and make a step forward in the Korean revolution.”

The images were released days after the country’s first nuclear negotiations with the United States in more than seven months fell apart.

Analysts said the symbolism underscored North Korea’s determination to stand up to international pressure over its nuclear weapons and ballistic missile programmes.

“This is a statement, symbolic of defiance,” said Joshua Pollack, a North Korea expert at the Middlebury Institute of International Studies in California.

“The pursuit of sanctions relief is over. Nothing is made explicit here, but it starts to set new expectations about the coming course of policy for 2020.” 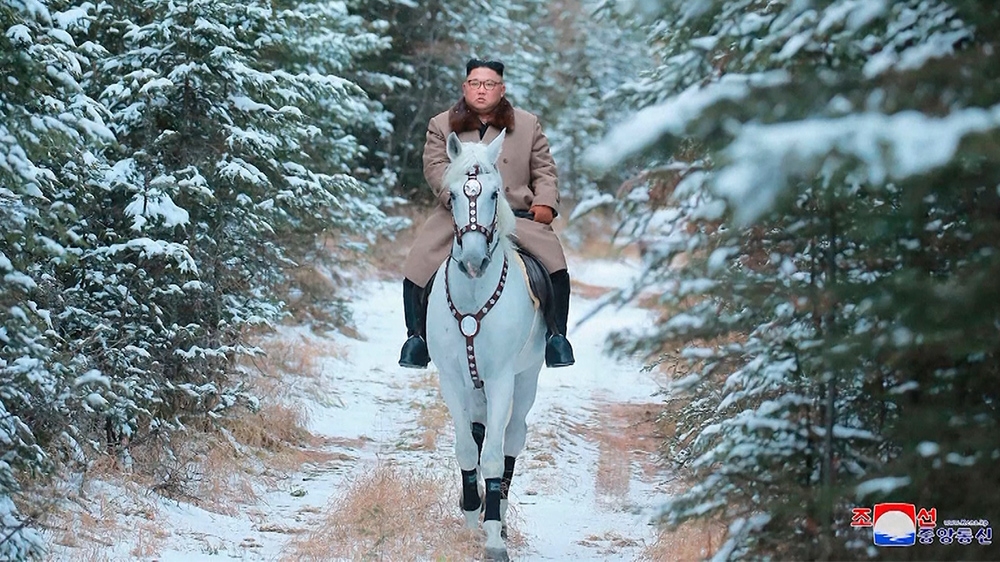 The official biography of Kim Jong Un’s father, Kim Jong Il, says the second-generation leader was born on Paektu when a double rainbow filled the skies.

The white horse is also a propaganda symbol for the Kim family that has ruled North Korea for seven decades.

State media have occasionally shown Kim, his sister and his father riding white horses. The symbolism goes back to Kim Il Sung, who according to the North’s official narrative, rode a white horse while fighting against Japanese rulers.

KCNA said Kim also visited nearby construction sites in Samjiyon County and complained about the US-led sanctions imposed because of the North’s nuclear programmes.

“The situation of the country is difficult owing to the ceaseless sanctions and pressure by the hostile forces and there are many hardships and trials facing us,” Kim was quoted as saying.

“But our people grew stronger through the trials and found their own way of development and learned how to always win in the face of trials.”

North Korea has been targeted with a total of 11 rounds of sanctions since 2006. The sanctions have been toughened since 2016 when Kim began conducting a series of high-profile nuclear and missile tests, and they include a full ban on key exports such as coal, textiles and seafood.

During his second summit with President Donald Trump in Vietnam in February, Kim demanded the United States lift the newer and more biting sanctions in return for dismantling his main nuclear complex, a limited denuclearisation step.

Trump rejected that offer, and the summit collapsed without reaching any deal.

The two leaders held a brief, impromptu meeting at the Korean border in late June and agreed to resume talks. But talks broke down again after nuclear negotiators met in Stockholm earlier this month with
North Korea blaming the US and threatening to resume nuclear and long-range missile tests.

Several experts said they suspected the North might instead conduct a space launch, which would enable the country to show off its economic and technological power less provocatively than by testing a missile.

“The report in Korean has characterised Kim’s climb up to Mt Paektu on horseback as a new ‘myth’, and that, together with the images of him on a white horse, appear to have been designed to create maximum propaganda effect, which I believe media will play up in the days to come,” Lee said. 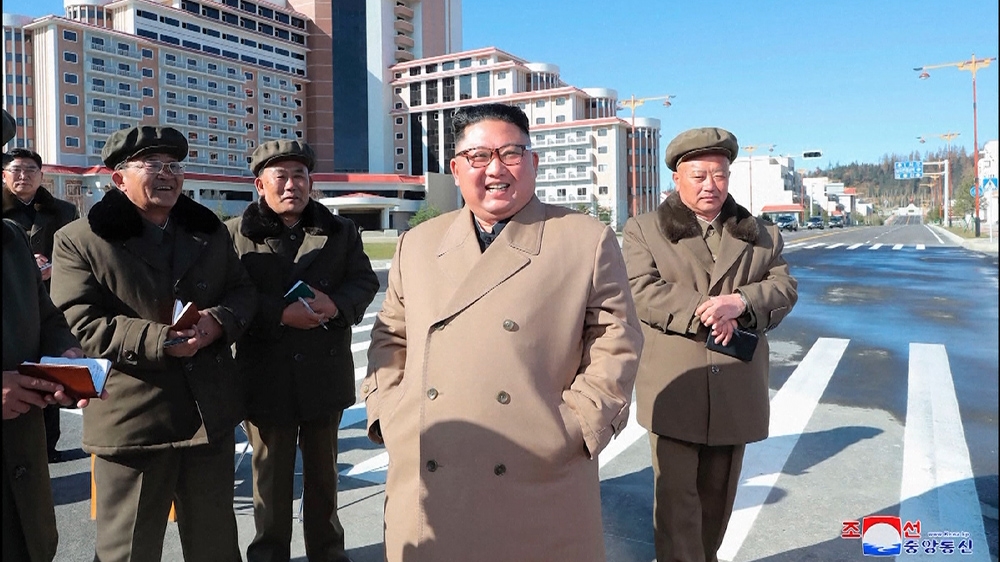 ‘No Planet B’: Thousands join global climate strike across Asia

Climate emergency is race we are losing, but one we can win, says UN chief