Bulawayo, Zimbabwe– “Our President has died,” Ernet Sibanda said in response to waking up to the news that Zimbabwe’s longtime leader Robert Mugabe has died while undergoing treatment in Singapore.

“He’s still our president, but I have mixed feelings. He’s the first leader I knew from the time I was born and I formed an attachment to him as a child, but as I grew up I started to see the mess the country was in because of him … but the country is in an even bigger mess,” the 35-year-old wedding photographer said.

Mugabe ruled Zimbabwe since liberation from white colonial rule in 1980 until he was overthrown in a de facto coup in November 2017.

His protege and longtime ally, Emmerson Mnangagwa, succeeded Mugabe as the presidentwith the blessings of the military.

ZANU-PF party, which led the liberation movement against the white colonial government, revoked Mugabe’s leadership and moved to impeach him, forcing him to tender his resignation.

His near 40-year legacy of leadership has evoked mixed reactions from ordinary Zimbabweans.

In Bulawayo, the second-largest city where Mugabe worked as a schoolteacher during the colonial era, people expressed their condolences; some with anger, but others with sadness.

‘We suffered under him’

Isaac Maenzanise, 47, a street vendor, told Al Jazeera he was not sorry for Mugabe’s passing and thought instead his death had come too late.

He did some good to try and protect the country’s natural resources, but there was a lot of autocratic manipulation that we witnessed.

“We suffered a lot under this man and I’m happy he’s gone. God was late in taking Mugabe, but he has done well by finally taking his life. I can’t say that we’re free now that he’s gone because ZANU-PF is still in power and they are still behaving in the same way, I will be very happy if they [ZANU-PF] could all go the same way,” he said.

On the streets of Zimbabwe, Mugabe’s death has left a divided but sombre mood among the people. His contribution to the liberation struggle and the improvement of access to education across the gender divide is one of his notable achievements for which Sithandazile Dube, a 33-year-old vendor, will remember him. 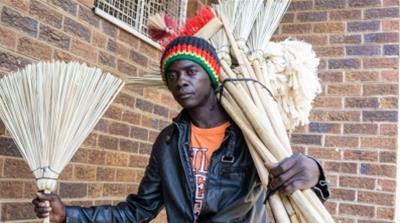 “I am sad, our father has left us. I don’t know what the future of this country will be like without him. He liberated this country and for me, as a woman, I was able to go to school. Today I can stand for myself as a woman because he did a lot to help us get equality with men,” she told Al Jazeera.

Beyond education, Mugabe sought to empower people, but his controversial approach to empowerment marked Zimbabwe’s downturn at the end of the 1990s.

In 1998, the war veterans protested against Mugabe, demanding their dues for their role in the liberation struggle.

Mugabe gave in to demands for payment. But Baster Maenzanise, a war veteran, told Al Jazeera that the “payouts were selective”.

Maenzanise acknowledged Mugabe’s positive contribution as a leader but was critical of his divisive style of rule.

“He did some good to try and protect the country’s natural resources, for that he was a great man, but there was a lot of autocratic manipulation that we witnessed. 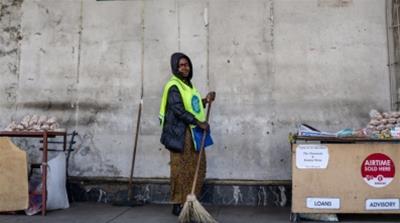 “His internal administration of the country was wrong, he used ethnicism, he used Mugabeism, a philosophy that we can coin today as a system that selected his own people. Those who would follow his patronage ideas are [the ones] he would use to form a government out of them,” he said.

The decision to pay war veterans and seize white-owned commercial farms triggered an era of economic crisis and political tension.

In the 2000s, the country was beset with hyperinflation. The local currency rapidly lost value, and the economy suffered from mass unemployment as industries closed down, unable to cope with the dwindling economy and the collapse of commercial agriculture.

The rise of a formidable political opposition in 1999, the Movement for Democratic Change (MDC) which challenged the state-sanctioned seizure of commercial farms, saw voices of opposition ruthlessly crushed by state security forces and operatives.

Despite being crushed by the Mugabe government, Nkululeko Sibanda, the spokesperson of the MDC said the late president had shown streaks of violence but also signs of change after he was toppled.

“President Mugabe was a divisive figure in his life and is likely to remain dividing opinion even in his passing. His last major political activity was that of casting a vote for change in Zimbabwe. After leaving power he voted for the MDC, but there are many in the opposition who will not be inclined towards him and there are many who will see him for the colours he projected,” he said.

The country’s flags still waved at full mast as a decision is yet to be pronounced on whether the former president will be accorded state honours.

On the radio, messages of condolences were pouring in from listeners from around the nation of a man whose absence will leave an impression on all Zimbabweans.