Police claim breakthrough in case of man axed to death

Isra University Celebrates the Graduation of 423, Students at its… 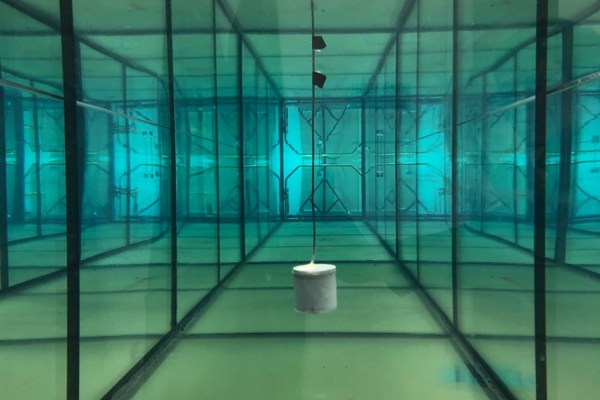 MIT researchers have created a new underwater sensor and communication system that doesn’t require batteries, and barely uses any power at all. This could help set up an underwater ‘internet of things’ according to MIT, which would allow for real-time sea temperature and marine life monitoring, without requiring regular equipment and power swaps to make it work. Without that requirement, it would even be possible to set up networks of underwater sensors in the seas of distant planets.

The system devised by MIT researchers use a transmitter that sends out sound waves underwater, which then hit sensors with embedded receivers, transmitting a tiny amount of energy in the process. The sensor then either uses that energy to answer back – or doesn’t, which corresponds to either a 1 or a 0, meaning it can effectively communicate in binary. The only energy required for this to work is the power stored in the sound wave sent by the transmitter.

The inspiration for devising this system came from a somewhat unlikely source: Fadel Adib, an assistant professor in the MIT Media Laband one of the researchers who worked on the project was watching nature doc “Blue Planet” and thought about how much of the Earths oceans are left unstudied, and also about how the solution for that can’t be battery-powered sensors since that could result in a lot of excess pollution.

Essentially, the system works but allowing piezoelectric resonators, which have been used in things like microphones for well over 100 years, to either deform in response to a sound wave, or retain their shape and reflect, based on information contained in any kind of sensor you might want to pair with the piezoelectric material. That sends back the binary signal, which can then be collected and interpreted.

Next up for the research team is to show that this can work at longer distances, and in concert with other sensors for simultaneous transmission. Eventually, it might even be able to transmit sound and even low-res images, which would be a huge development in terms of establishing remote monitoring stations – especially as we pursue more science and research on worlds not our own.