Scientists are hopeful that a new type of skin patch could replace needles as a method of flu vaccination. When they tested the skin patch on mice, it elicited an appropriate immune response without side effects. 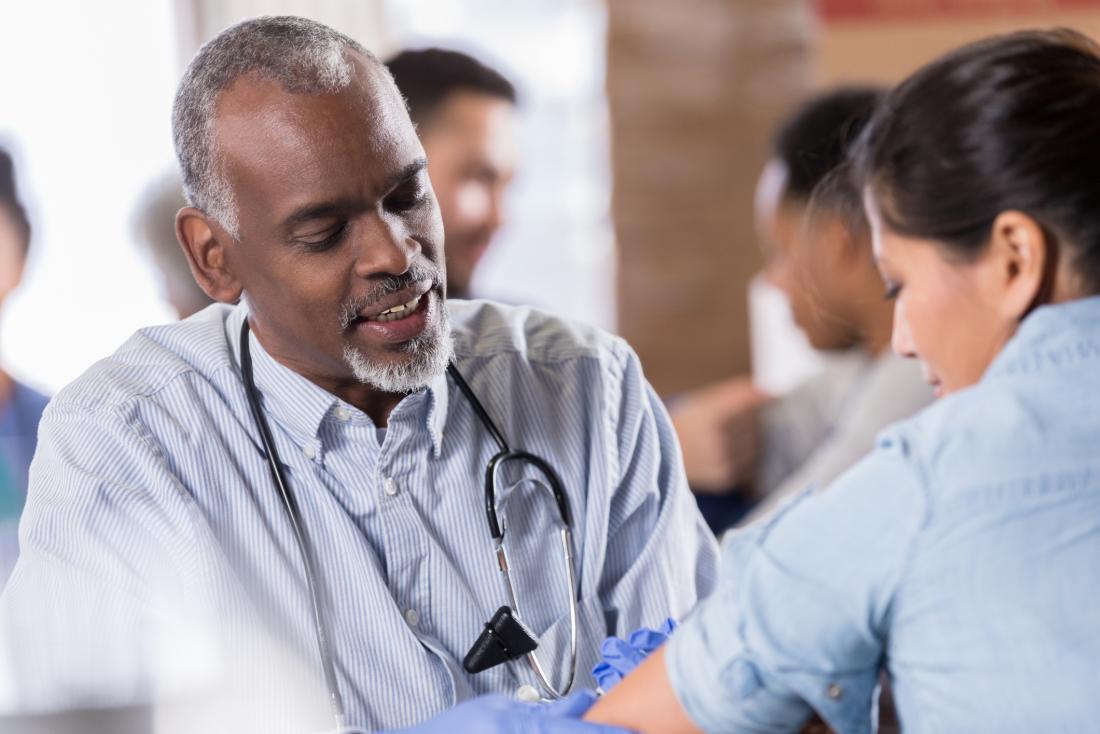 New flu vaccine research introduces an innovation that may do away with needles altogether.

A recentJournal of Investigative Dermatologypaper gives a full account of the research.

“Scientists have been studying needle free vaccine approaches for nearly 2 decades,” says study author Benjamin L. Miller, Ph.D., “but none of the technologies have lived up to the hype.”

Miller is a professor of dermatology at the University of Rochester Medical Center, NY. He is also one of the two corresponding authors of the study.

The Centers for Disease Control and Prevention (CDC) estimate that the flu caused 48.8 million illnesses, 959,000 hospitalizations, and 79,400 deaths in the United States during the 2017–2018 season.

That season had an unusually high flu burden that was severe across all age groups.

Prof. Miller and his colleagues believe that the new flu vaccine skin patch solves many of the problems that other developers have faced.

In their study paper, the authors explain how previous attempts to deliver a flu vaccine with skin patches have used techniques such as microneedles and electroporation.

However, while enjoying early success, these methods have proved difficult to “implement on a large scale for mass vaccination strategies.”

In contrast to these techniques, the new patch uses a novel approach that came to researchers when they investigated the biology of atopic dermatitis, or eczema.

In people with eczema, the skin barrier that normally prevents toxins and allergens from entering the body stops working properly and becomes permeable, or leaky.

The protein claudin-1 is essential for preventing leakiness of the skin barrier. People with eczema have low levels of claudin-1 compared with those without the skin condition.

In previous work, the researchers had shown that reducing claudin-1 in skin cells of healthy people increased leakiness.

This result made them wonder whether they could use a similar method to get a flu vaccine virus into the body through the skin.

The challenge would be to induce leakiness for a length of time that lets in the vaccine virus but does not allow other materials to enter.

Through a series of experiments with human skin cells, the team identified a peptide, or small protein, that can disrupt the skin barrier without causing toxic side effects. The peptide works by binding to and blocking claudin-1.

The researchers then created a skin patch containing the peptide and a recombinant flu vaccine and tested it in two ways on mice.

In the first test, they applied the skin patch and then gave the mice a flu vaccine by injection. Their aim was to prime the immune system with the patch and then boost immunity with the flu shot.

In both tests, in which the mice wore the patch on their shaved back for 18–36 hours, the patch opened the skin barrier. The researchers confirmed this by monitoring the water that the mice lost through their skin.

When they applied the patch, the researchers saw the mouse skin become permeable. However, as soon as they removed the patch, they noted that the skin began to close again, meaning that it was back to normal within 24 hours.

Given that “[h]umans are exposed to influenzaas young as 6 months of age” and that as a consequence, most people’s immune systems are already primed to the virus, the second test best mimics a real world scenario.

Therefore, these findings would suggest that the skin patch could serve as a delivery mechanism for the regular seasonal flu vaccine.

Another notable result was that the researchers saw no side effects. They monitored the mice for 3 months and observed no physical changes in their skin, such as those that might arise from infections.

It will be some time before the skin patch is ready for human trials. The researchers need to run more animal studies to find out, for instance, how long the patch should remain on the skin for optimum results.

The researchers believe that should the skin patch pass flu trials in humans, the technique could work for other vaccines that currently require needles.

While they are effective, needle based vaccines can cause people distress, and they require medical staff to deliver them. In addition, needles are biohazardous waste and require careful handling.

These barriers are particularly acute in less developed countries, which also happen to have the greatest need for vaccines.

Delivery by means of a skin patch could be a quick and cheap way to vaccinate large numbers of people.

“If you want to vaccinate a village in Africa, you don’t want to do it with needles,” Prof. Miller explains.

“A patch doesn’t have to be refrigerated, it can be applied by anyone, and there are no concerns about disposal or needles getting reused.”

How to use tea tree oil for skin

What different eating disorders are there?

Medical News Today: What is the best first line of treatment for hypertension?

What to know about angiograms