Demonstrators in Lebanon have set up barricades and parked cars across key roads in the capital Beirut and elsewhere in the country as part of the ongoing anti-government protests aimed at forcing the resignation of all political leaders.

Defying pleas from the country’s top politicians, protesters on Monday sought to keep Lebanon on lockdown by cutting off access to some of the main thoroughfares, including the main north-south highway.

A poster urging motorists to block roads with their cars began making the rounds on social media on Sunday.

Al Jazeera’s Stefanie Dekker, reporting from Beirut, said the roadblocks were a way for people to build solidarity and pressure the country’s leaders into acting on their demands.

“There’s a kind of community feel here. There’s a game of football being played, there are people who spent the night here. There are also debates taking place and a makeshift living room was set up [for this purpose],” she said.

In a rare show of solidarity, Lebanese from all walks of life and of different religious backgrounds took to the streets on October 17 to demand the resignation of all politicians, who they accuse of mismanagement, wasting public funds and rampant corruption.

Prime Minister Saad Hariri’s pledge to cancel new taxes and the provision of support for low-income families has largely failed to appease demonstrators.

People on the streets said they want an overhaul of the political system and an end to the sectarian model of governance that has been in place since 1943.

A government source on Monday told DPA news agency that the “government is still refusing to resign under pressure from the streets and unstable security to avoid plunging the country into chaos”.

“First the roads have to be opened. Protesters can continue to demonstrate in major squares. Then the government will take a decision,” the source said, without giving any further details. 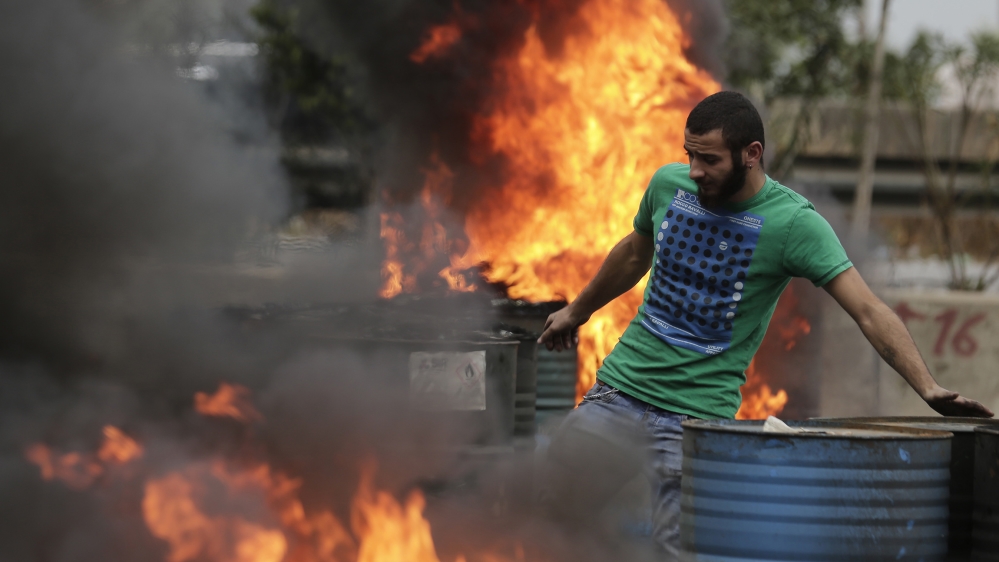 The Lebanese security forces were expected to make a new attempt at reopening the roads as the country faced more paralysis after 11 days of protests.

The army and the country’s top security agencies had agreed at the weekend to a military-led plan to clear roadblocks, but their efforts have been met with resistance from demonstrators.

“What we achieved in going down to the street these past 12 days is that we created our own national identity that we did not have before,” said a protester, who preferred to remain anonymous.

“We have nothing to lose for now, we have no planning, there’s no government. It’s always the same group of politicians, we’ve had enough. People graduate from schools and universities and have nothing to do so what do you expect?”

On Sunday, tens of thousands of protesters joined hands nationwide to form a 170-kilometre (105-mile) human chain stretching from Tripoli in the north to Tyre in the south.

The event drew Lebanese of all ages and backgrounds, many of them draped in the national cedar flag.

Organisers said the event symbolised a national civic identity that has emerged since the start of the protests on October 17.

The unprecedented mobilisation was sparked by a proposed tax on voice calls via messaging apps, but quickly morphed into a massive grassroots push to drive out a political elite which has remained virtually unchanged in three decades.

Family of slain ISIL hostage ‘touched’ by US operation

Prince Harry, Meghan were ‘exploited’ at the hands of the royal family