Hong Kong, China – Hong Kong’sChief Executive Carrie Lam will outline her plans for the year as she addresses the semi-autonomous city’s Legislative Council amid four months of mass protests that were triggered by a controversial extradition bill, but have expanded to include calls for more democracy.

Lam is expected to detail economic relief and other measures to benefit the city’s poorest, such as cash handouts and public housing, when she addresses legislators at 11am (03:00 GMT).

While the Hong Kong government has identified economic problems as a major issue for the city’s seven million people, analysts said such initiatives were unlikely to placate the protesters.

“Here the government is catering to its base,” said Stephen Chiu, a sociologist at the Education University of Hong Kong who has researched the city’s inequality and social movements.

“The upshot is that this may even deepen the social divide. As long as they’re left the protesters’ demands unaddressed, the storm won’t pass.”

Since early June, Hong Kong has been engulfed in anti-government protests triggered by an extradition bill that would have allowed accused individuals to be sent to mainland China for trial.

Following Lam’s speech, Secretary for Security John Lee is scheduled to formally withdraw the legislation later in the afternoon.

Even though the withdrawal was announced in early September, it came too late for many protesters and has failed to ease the tension in the semi-autonomous Chinese territory, which is enduring its worst political tumult in more than a half-century.

Public anger has been fuelled by the government’s refusal to address protesters’ five demands.

A ban on face coverings, which protect protesters from tear gas but also make them difficult to identify, was introduced with colonial-era emergency powers, bypassing Legco, and has only sent more demonstrators onto the streets.

Security was extremely tight around the legislature on Wednesday after hundreds of protesters stormed the  building in early July and vandalised the main conference chamber. The damage cut short the last session by three weeks and forced the new session to be delayed by a week.

In recent weeks, infuriated by what they see as abuse of power by the police, some protesters have called for the force to be disbanded. 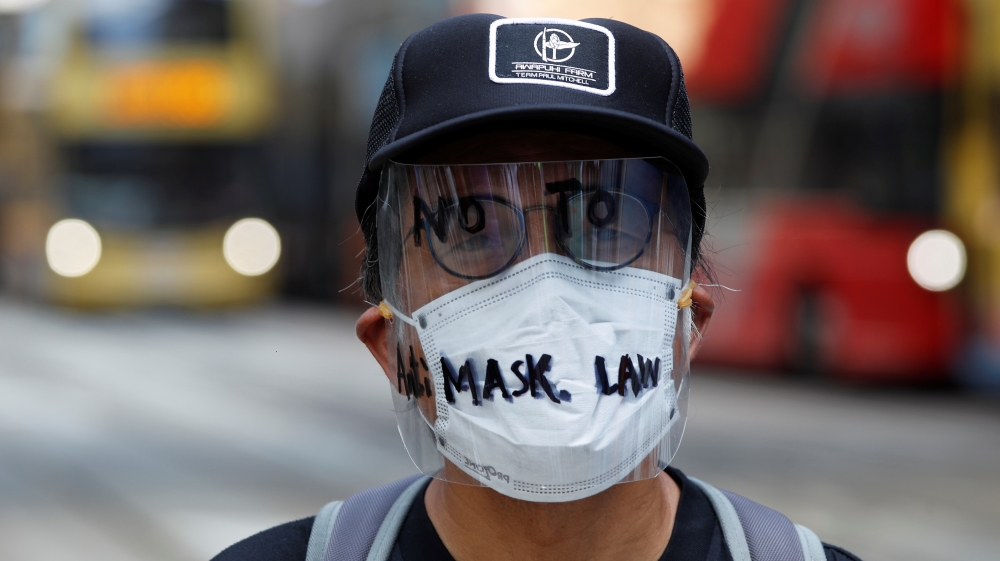 A former British colony, Hong Kong was returned to China in 1997 under a ‘one country, two systems’ framework, which guarantees Hong Kong people rights and freedoms largely absent in mainland China.

It remains to be seen whether Lam will tackle “the elephant in the room” by offering further compromises to address protesters’ demands in an attempt to put to rest the political storm.

The relief measures she is expected to propose won’t benefit most of the students, who continue to be the driving force of the protest movement.

“In survey after survey we’ve found that their motivation to protest lies not in the lack of affordable housing or job prospect, but in their sense of injustice,” the Education University of Hong Kong’s Chiu told Al Jazeera.

“They see our society as fundamentally unjust.”

US House approves Hong Kong bills in boost for protesters