The death toll in the worst typhoon to hit Japan for decades climbed to 67 on Tuesday as rescuers slogged through mud and debris in an increasingly grim search for the missing.

Thousands of homes remained without power or water.

National broadcaster NHK said 67 people were known to have died, after Typhoon Hagibis swept across central and eastern Japan. Some 15 people remain missing, while more than 200 were injured in the storm, whose name means “speed” in the Tagalog language.

About 138,000 households were without water while 24,000 had no electricity, well down on the hundreds of thousands who were initially left without power but a cause for concern in northern areas where temperatures are forecast to fall.

The highest toll was in Fukushima prefecture north of Tokyo, a largely agricultural area where the Abukuma River burst its banks in at least 14 places.

At least 18 people died in Fukushima, including a mother and her child who were caught in flood waters. The woman’s son, who was also with her in the flood, remains missing. 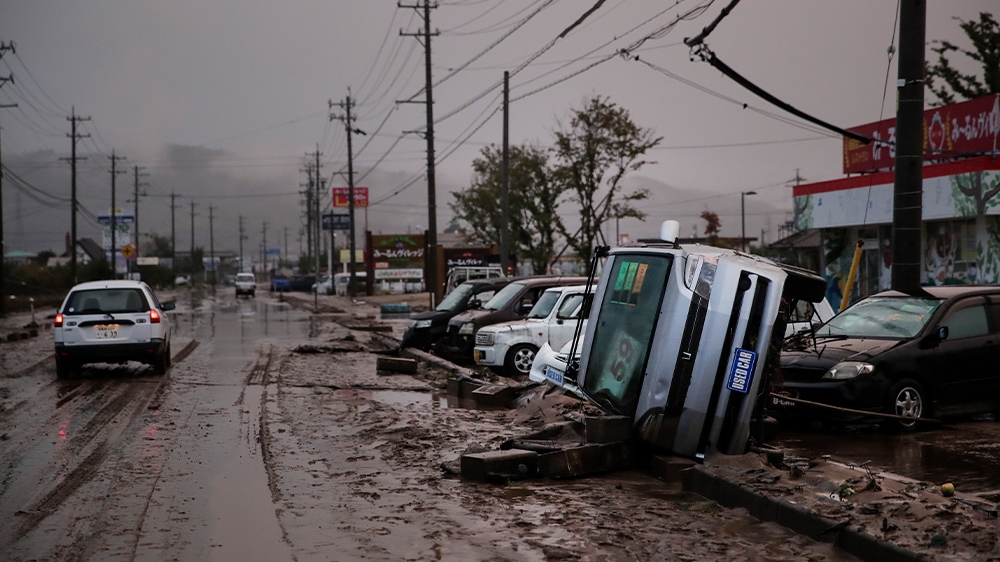 Survivors described how water rose rapidly to chest height in about an hour and mainly at night, making it hard to escape to higher ground. Many of the dead in Fukushima were elderly, NHK said.

“I couldn’t believe it, the water came up so fast,” one man in Fukushima told the broadcaster.

Major highways remained closed in Koriyama city in Fukushima prefecture as people began returning to work after the storm and a long weekend. Children in uniforms walked to school and while some stores remained closed, others were open.

Around the nation, manufacturers took stock. Electronics maker Panasonic Corp said flooding had damaged its factory in a large industrial park in Koriyama.

Carmakers Nissan, Honda and Subaru said there was no major damage to their factories, while Toyota said all its plants were operating normally.

Prime Minister Shinzo Abe warned that the economic impact could be prolonged.

“The national government will continue to do everything possible so that the victims of this disaster can return to their normal lives as soon as possible,” Abe told a parliamentary committee.

Finance Minister Taro Aso said there was 500 billion yen ($4.6 billion) in reserves for disaster recovery and more money would be considered if needed.

Thousands of police, fire officials and military personnel continued to search for people who may have been cut off by floodwaters and landslides, with hope diminishing that the missing would be found alive.

Though the threat of rain is expected to ease on Tuesday, temperatures are likely to drop in many areas later this week, in some cases to unseasonably low levels, NHK said. 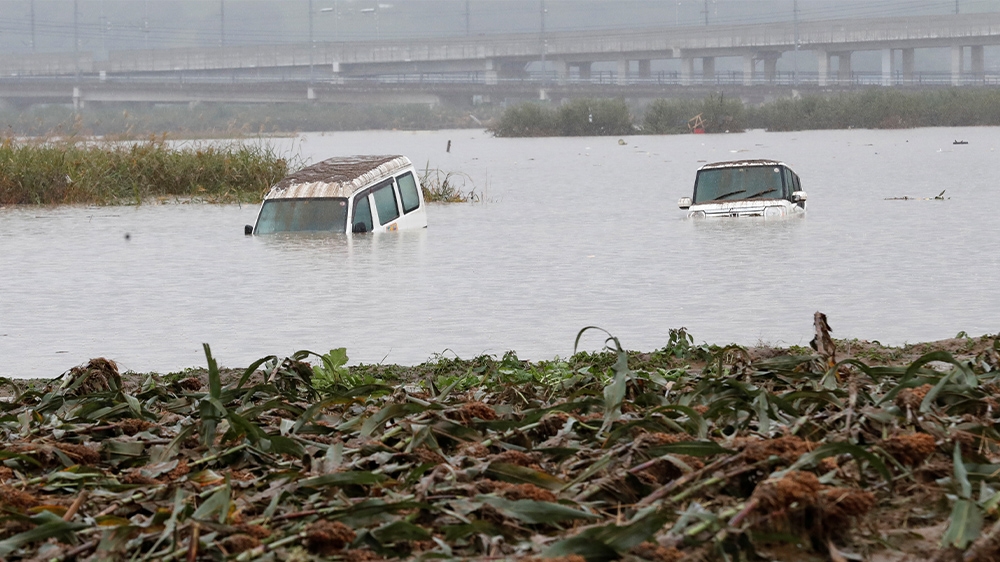 One in three young children undernourished or overweight: UNICEF

US Centrom Commander Arrives in Pakistan