Tokyo, Japan –A court in Japan is set to decide on Thursday whether former executives at the company that runs the Fukushima nuclear power facility crippled by a tsunami-spawned meltdown in 2011 bear criminal responsibility for not having foreseen and prepared for a disaster of such a scale.

Waves as high as 14 metres (46 feet) high caused meltdowns and hydrogen explosions that spewed radiation into the atmosphere and forced mass evacuations, resulting in the world’s worst nuclear accident since Chernobyl in 1986.

The disaster shocked Japan, which shut down the nuclear plants that had for decades been the source of cheap energy for the world’s third largest economy.

They aim to hold them accountable for the deaths of 44 people including patients from a nearby hospital, many of whom were unable to survive the strain of being evacuated under chaotic conditions.

At issue is whether the former officials could have foreseen the possibility of such a catastrophe in earthquake- and tsunami-prone Japan and, if so, taken measures to protect the plant, which was right on the coast.

Prosecutors have argued that the men knew of the dangers, citing TEPCO’s knowledge of assessments that a large-scale tsunami was possible. The defence has rejected that, saying the former officials could not have anticipated such an event and are thus not liable. The men pleaded not guilty when the trial began in 2017.

The question of responsibility remains an open wound in consensus-orientated Japan, especially in the disaster region where so many lives were turned upside down. More than 160,000 people were forced to flee after the meltdown, and some areas near the plant remain uninhabitable.

Civil litigation surrounding the accident has yielded some victories against TEPCO but none of its officials or anyone in the Japanese government, which regulates the nuclear industry, have been held criminally accountable.

Smith likens the situation to the 2008 global financial crisis when irresponsible actions by banks and other institutions caused huge economic damage but ultimately resulted in no one responsible going to prison.

“It’s sort of similar but the nuclear version of it,” she said. 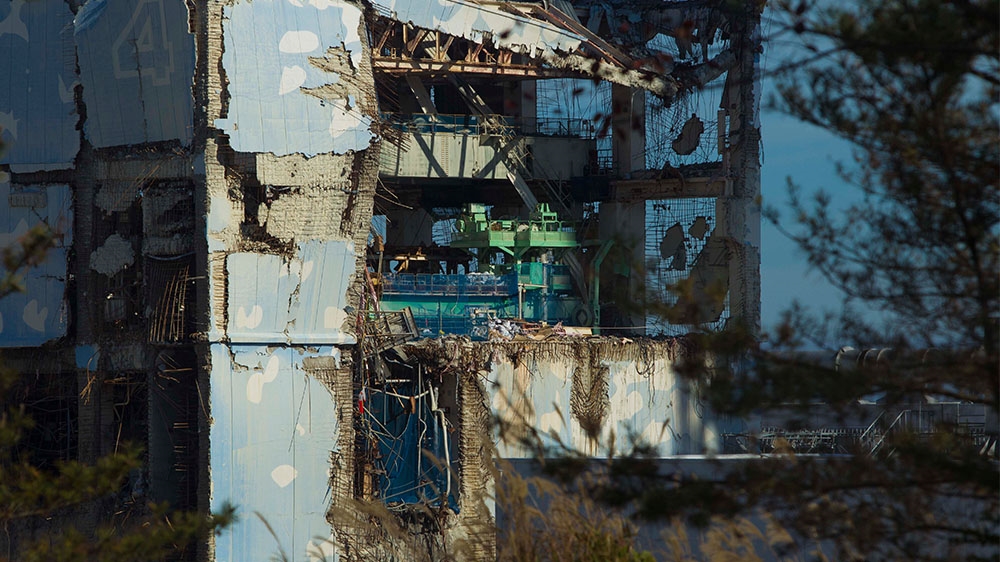 The tsunami inundated a wide swathe of Japan’s northeast coast, gobbling up cars, homes and buildings and hurling them out to sea while also overturning ships and boats, many of which ended up on land. The combined toll of those dead or missing exceeds 22,000, according to official figures.

Habitable communities along the coast and farther away from the nuclear plant have made huge strides in cleaning up damage and debris, but the emotional scars as well as the environmental and economic effects of the nuclear disaster are expected to linger for decades.

The Japanese government estimated in 2016 that ongoing work to clean up the Fukushima accident would cost 21.5 trillion yen ($198.3b). But a private estimate earlier this year by the Japan Center for Economic Research said the bill could reach 81 trillion yen, nearly four times higher.

Shinjiro Koizumi, newly-appointed by Prime Minister Shinzo Abe this month as minister for the environment and nuclear issues, said at his first press conference last week that Japan needed to wean itself off nuclear power.

“I would like to study how we will scrap them, not how to retain them,” Koizumi said, according to Kyodo News agency, referring to the country’s reactors. “We will be doomed if we let nuclear accidents recur.”

Koizumi also made a point of visiting Fukushima on his first full day in office, meeting the prefecture’s governor and offering words of support to the region.

“I want to work with everyone to push forward recovery as there are plenty of very serious problems,” Koizumi, the son of Junichiro Koizumi, a former prime minister who has become an anti-nuclear advocate, told reporters. 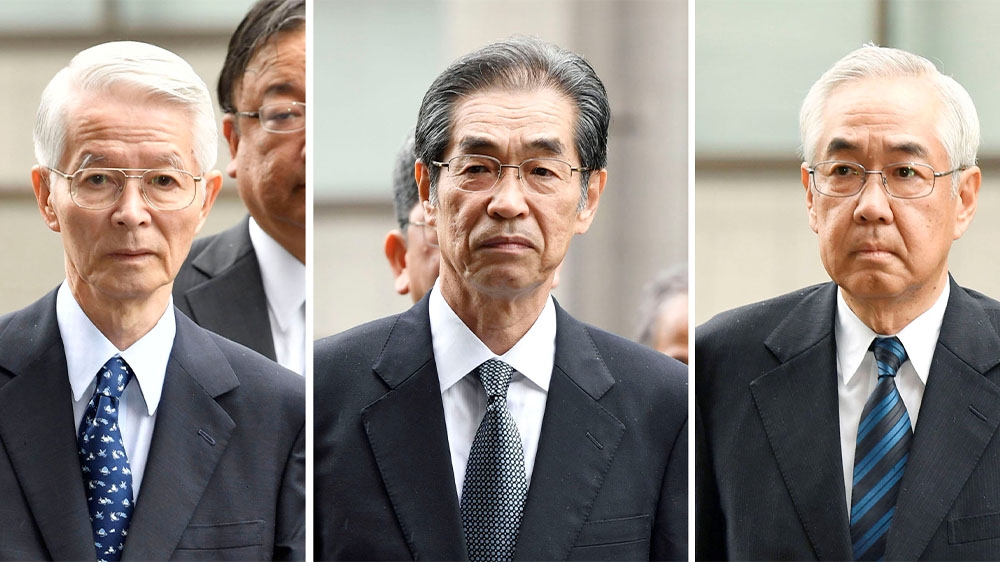 The three TEPCO excutives on trial in relation to the Fukushima disaster arriving at court in 2017. Tsunehisa Katsumata (left), Ichiro Takekuro (centre) and Sakae Muto (right). [Kyodo via Reuters]

Abe, who appointed Koizumi to Cabinet, said in 2016 that Japan “cannot do without` nuclear power.

Still, the Fukushima disaster forced Japan to re-think its use of nuclear energy and led to a sharp reduction in its contribution to the country’s power needs.

According to Smith, nuclear power is now only generating 2.7 percent of Japan’s electricity, down from a peak of about 30 percent before the Fukushima accident.

There were 54 nuclear power stations in Japan at the time of the Fukushima disaster, but the number has fallen to 33 as a result of decommissioning, she added. Nine of those plants have restarted while 16 more are waiting approval.

But campaigners say that despite the decline, nuclear power remains a danger for Japan.

“But the Abe government policy is to re-start up to 30 reactors in the coming years,” he said, referring to Japan’s prime minister. “I don’t think they’ll achieve that. But again, you still have the same conditions being set for another catastrophe.”

“There’s no country in the world where the whole country is seismically active and then it also has a lot of nuclear power plants,” she said. “Japan is unique that way.”