Damour/Meshref, Lebanon–As the towering walls of flames bore down towards her neighbourhood, a rush of ominous memories overcame Mona Khoury.

“We remembered the days of the war,” the 78-year-old says, leaning against the off-white wall of her ground-floor apartment in the coastal town of Damour, south of Lebanon’s capital, Beirut.

“The world was burning, the church bells were ringing. We left as quickly as we could and saw that others were also running away,” she adds of her escape from the massive blaze that swept down the mountain behind the town overnight Monday.

“It was just like it was back then,” she says referring to 1976, the second year of Lebanon’s 15-year civil war when militias attacked Khoury’s hometown, leading to a mass exodus of the local population.

She left with them, returning years later to a house destroyed by conflict. This week’s fire had been more merciful, stopping at the road across from her home.

About a hundred metres further down the road, the burned-out shell of a car lies by a tree. Khoury acknowledges that she got off lucky. 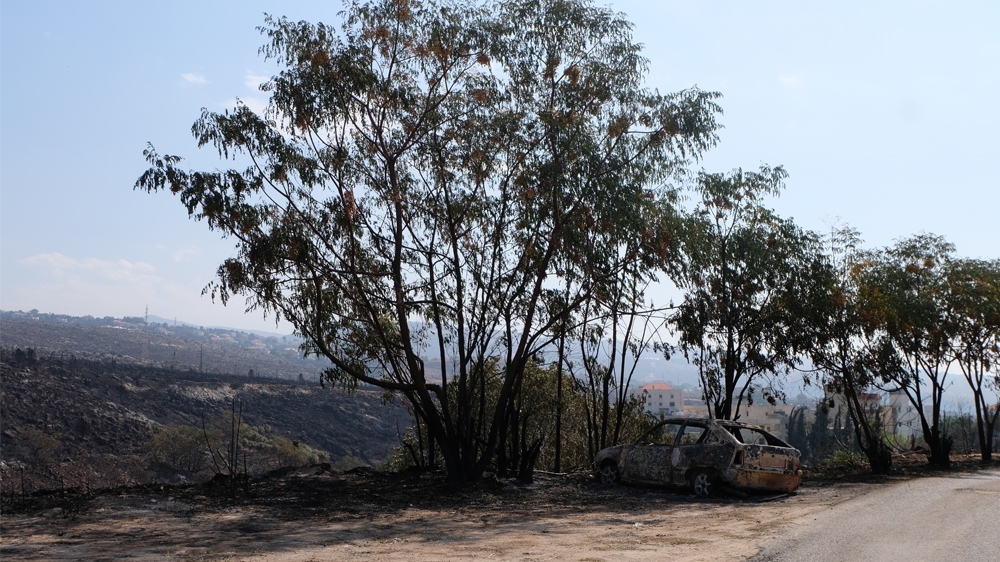 The blaze that lashed residential areas in Damour from late on Monday to Tuesday had first passed through Meshref, a five-minute drive up the Chouf mountains.

There, it carbonised much of the forest and hollowed-out buildings, aided by strong winds and dry conditions.

“They were winds of fire,” 35-year-old Abdel-Rahman says, as he cleans soot of the facade of a large sandstone villa in the town.

Abdel-Rahman, who tends to the villa for its owners who come for weekends or holidays, had been dozing off when he noticed an orange glow coming through the window.

“It was like judgment day. Terrible, absolutely terrible,” he says, watching a video of the fire across the street from the house. 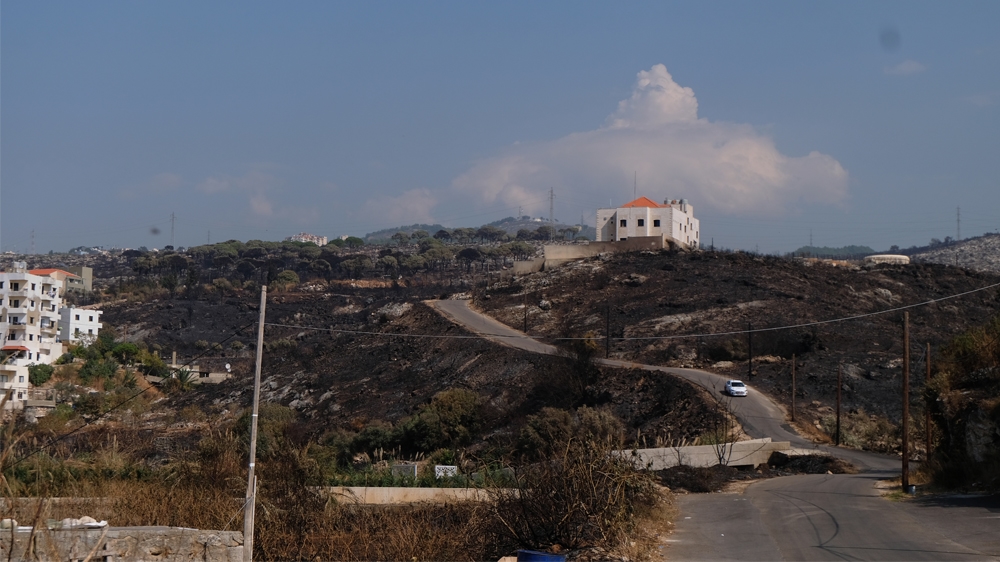 Scorched earth surrounds a police station on the outskirts of Damour in Chouf. Some pine trees survived the fierce fires that rolled down from the mountains behind the coastal town [Timour Azhar/Al Jazeera]

Across Lebanon, the fires burned through hundreds of hectares of forest over those two days, in what has been described as the country’s worst wildfire event in decades.

Tens of civil defence teams from across Lebanon had managed to contain a number of the blazes by Tuesday night with the help of Lebanese Army helicopters and two firefighting planes provided by Cyprus.

Then, moderate rains put most out and by Wednesday, most had been extinguished or brought under control.

As the smoke began to clear, the Lebanese started dealing with the aftermath. Between 1,300-1,500 hectares (3,212-3,706 acres) of forest were lost over 48 hours, according to the latest assessment by George Mitri, director of the land and natural resources programme at the University of Balamand.

Added to the 1,300 hectares (7,413 acres) already lost this year, it means the country has doubled its yearly average of forest loss.

Environment Minister Fadi Jreissati declared a state of environmental emergency on Tuesday night, calling on people to work together to support reforestation efforts.

Ghana has meanwhile said it was ready to provide Lebanon with saplings.

At the same time, volunteer groups continue to help those displaced and otherwise affected by the fires, with donations of food, water and medicine. 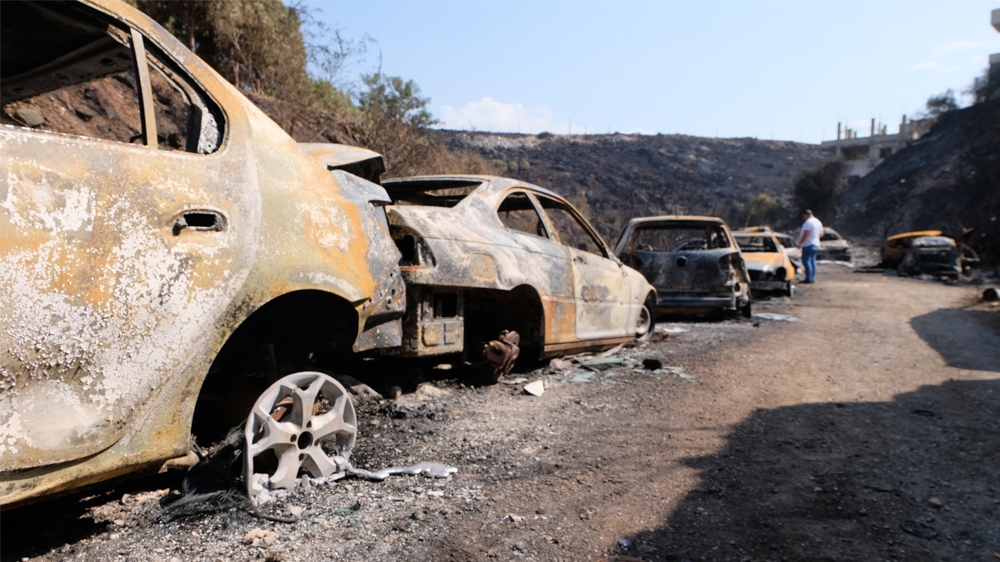 While there have been heart-warming scenes of support from communities across Lebanon, some politicians have brought sectarian language to the fore.

MP Mario Aoun, of the Christian right-wing Free Patriotic Movement (FPM) party, told a local TV station that there were “very big question marks” over whether the fires were targeted against Christians in the country.

“Even though these are words that are to a certain extent sectarian, how [is it possible] that the fires are only hitting Christian areas?” Aoun asked on Tuesday.

Later on Tuesday evening, civil society volunteers in Damour forced Minister for the Displaced Ghassan Atallah, who is affiliated with the FPM, to leave an operations centre set up by activists.

Video from the scene showed a crowd of mostly young men shouting “Leave! Leave!,” before a scuffle broke out between Atallah’s bodyguards and a number of those present.

“Atallah is a part of the ruling elite that we oppose. If they had done 50 percent of their jobs, there would be no need for us volunteers,” says Nada Nassif, an activist with Chouf-based independent group LiHaqqi (For my right).

“We know that when there is a crisis, the state fails to act, so we’ve gotten pretty good at organising ourselves. We don’t want him, nor do we need him.”

Atallah could not be reached for comment before this article was published. However, he claimed in a tweet that he had been assaulted, adding that he had, nevertheless, asked the public prosecutor not to order the arrest of any activists.

Nassif acknowledged that there had been punches traded, but said Atallah’s bodyguards had instigated the fight. 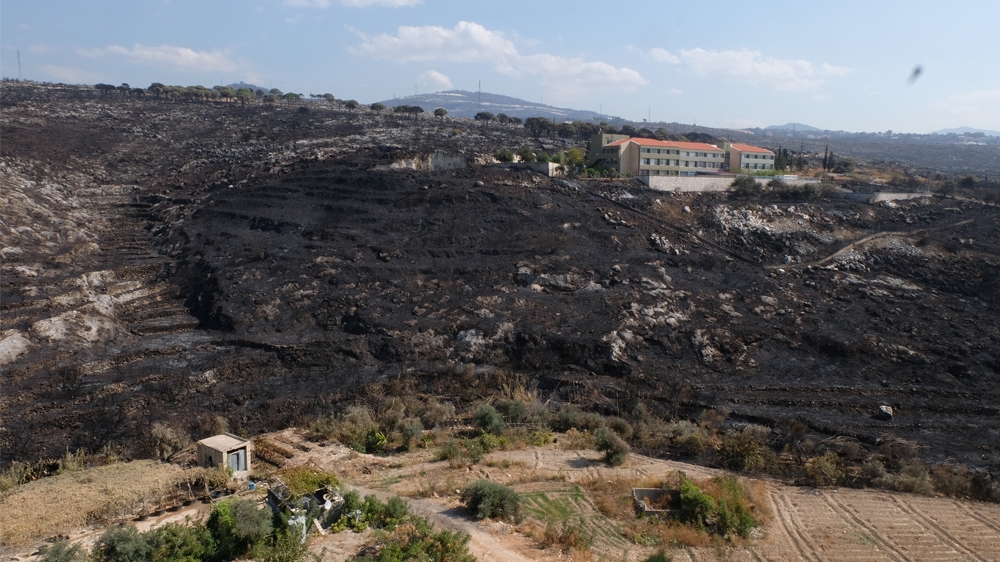 This incident aside, there has been much criticism of the current and past governments over the failure to fund the maintenance of three firefighting helicopters, which remained grounded as the blazes raged.

Yet, the government’s unpreparedness was not news to many. Since 2007, when Lebanonexperienced similarly intense fires, activists and experts have been warning authorities that they should improve their firefighting capabilities, increase enforcement of existing laws and increase efforts to better manage forests.

Mitri, of the University of Balamand,was part of a process that launched back then and resulted in a new national strategy being adopted by the cabinet in 2009.

“Unfortunately, nothing has been done since then,” he says.

In July, Mitri had warned that this fire season would be “very bad”, telling local newspaper The Daily Star: “It’s beyond the abilities of the state to deal with it – the equipment and resources aren’t enough – and when fires in dense forests are coupled with dry air and wind, the fire fronts can get up to 20 metres (66 feet) high.” 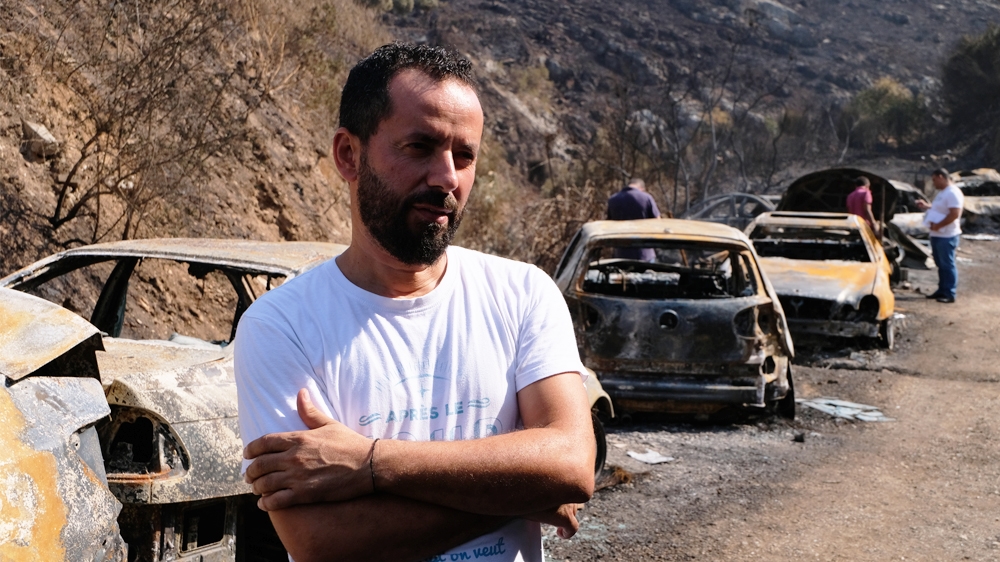 ‘I’ll be able to get back on my feet,’ Walid Mansour told Al Jazeera [Timour Azhari/Al Jazeera]

But despite the devastation the fires have left in their wake, even those most affected are approaching the recovery process with the resilience of a people accustomed to tragedy.

Walid Mansour, a Damour resident, lost most of his mechanical equipment and the 11 cars parked at his garage in the fires.

“I’ll be able to get back on my feet,” Mansour says, walking alongside the row of charred vehicles.

US to deploy more troops to Saudi Arabia, UAE

China, US agree to go ahead with phase one of economic deal