Thousands of Iranians have rallied in the capital, Tehran, to mark the 40th anniversary of the United States embassy student takeover.

On November 4, 1979, months after the toppling of Iran’s US-backed shah, Mohammad-Reza Pahlavi, students overran the embassy complex to demand Washington hand over the overthrown ruler after he was admitted to a hospital in the United States. The crisis ended after 444 days with the release of 52 US citizens, but Washington broke off diplomatic relations with Tehran in 1980 and ties have been frozen ever since.

The anniversary this year comes amid tensions heightened to a level unseen since the hostage crisis following President Donald Trump’s decision last year to withdraw the US from a major nuclear deal between Iran and world powers and re-impose crippling sanctions on Tehran.

During a speech at a rally at the former embassy, Iranian army commander General Abdolrahim Mousavi said the “dispute” between the US and Iran stems from “our independence”.

“The dispute between us and our enemies is not because of issues like our nuclear programme or our missiles or human rights,” Mousavi said.

“The dispute between us and the United States stems from our independence, not surrendering to their bullying … They will continue their hostile behaviour towards us like a scorpion whose nature is to bite as long as it is alive,” he said.

“We are ready to crush this scorpion under our feet.”

According to state media, rallies will also take place in nearly 1,000 cities and towns across the country.

Al Jazeera’s Dorsa Jabbari, reporting from Tehran, said Iranians mark the anniversary annually to voice their “distaste and distrust” over the US’s policies in the past four decades.

“Every year, Iranians mark this occasion to highlight that they are still very much in the same position … towards the US,” she added.

“This is a key incident in the history of Iran since the revolution of 1979,” Jabbari said. “It is the first incident, which really shaped Iran’s foreign policy and its relationship with the US.”

In Iran, November 4 is also known as Student Day and the National Day of the Fight against Global Arrogance. 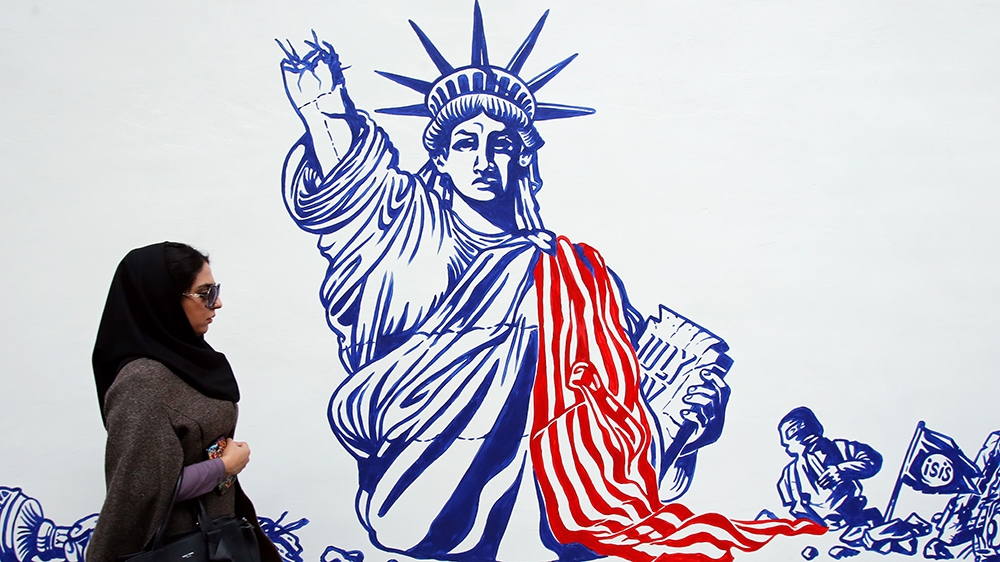 In response to Washington’s nuclear-deal withdrawal, Tehran has since May hit back three times with countermeasures that suspended parts of its compliance with the agreement’s terms.

It has threatened to go even further if remaining parties to the deal – Britain, China, France, Germany and Russia – cannot help it circumvent the US sanctions.

“Those who see negotiations with the US as the solution to every problem are certainly mistaken,” he said on Sunday during a speech to mark the 40th anniversary, according to his official website.

“Nothing will come out of talking to the US, because they certainly and definitely won’t make any concessions.”