United Nations and Red Cross relief officials rushed to deal with an unfolding humanitarian crisis in Hurricane Dorian’s wake Tuesday after the most powerful storm ever to hit the Bahamas devastated thousands of homes, crippled hospitals and trapped people in attics.

At least five deaths were reported, with the full scope of the disaster still unknown.

Relief workers reported scenes of utter ruin, while emergency authorities struggled to reach victims amid conditions too dangerous even for rescue workers, and urged people to hang on.

“We wanted to go out there, but that’s not a risk we’re capable of taking,” Tammy Mitchell of the Bahamas’ National Emergency Management Agency told ZNS Bahamas radio station.

“We don’t want people thinking we’ve forgotten them … We know what your conditions are. We know if you’re stuck in an attic,” she said. 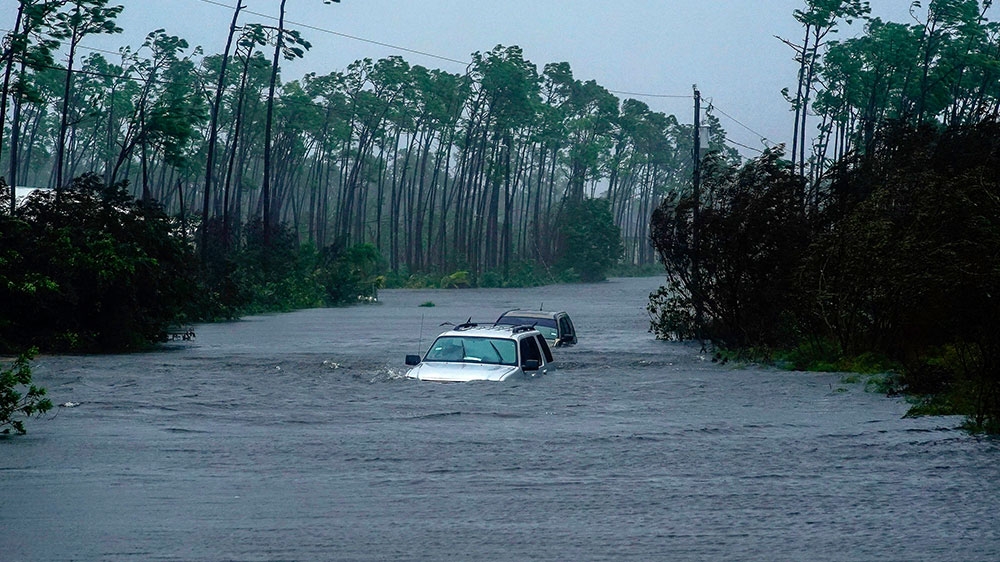 Practically parking over the Bahamas for a day and a half, Dorian pounded the islands of Abaco and Grand Bahama with winds up to 185 mph (295km/h) and torrential rain before finally moving into open waters on a course for Florida. Its winds were down to a still-dangerous 110 mph (175km/h).

In the Bahamas, Red Cross spokesman Matthew Cochrane said more than 13,000 houses, or about 45 percent of the homes in Grand Bahama and Abaco, were believed to have been severely damaged or destroyed. UN officials said more than 60,000 people on the hard-hit islands will need food, and the Red Cross said some 62,000 will need clean drinking water.

Theo Neilly, the Bahamian consul general in Washington, DC, said authorities “have not been able to assess the damages on Grand Bahama Island just yet. We expect it to be very devastating and the damage to be extreme.” 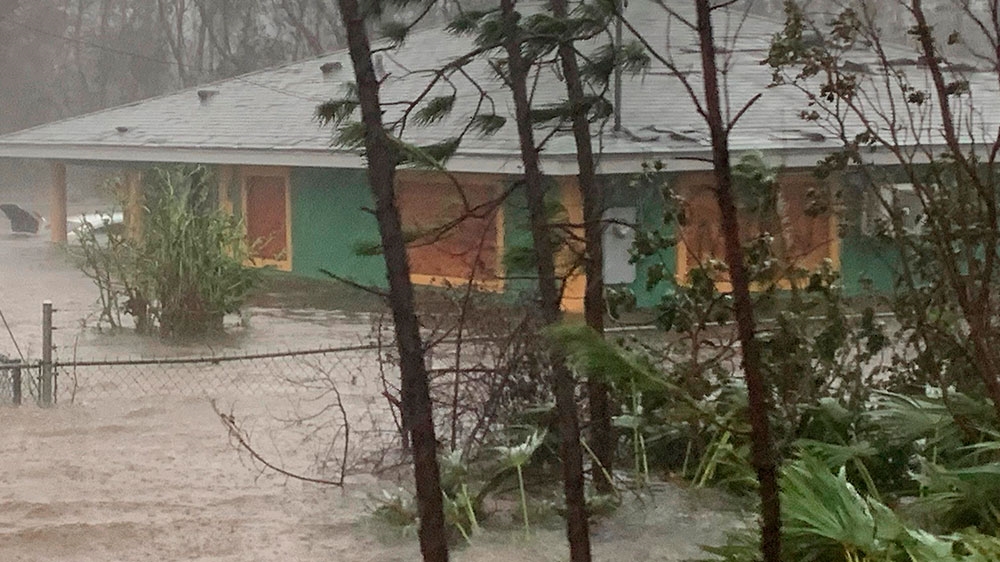 The Red Cross authorised a $500,000 for the first wave of disaster relief, Cochrane said. And UN humanitarian teams stood ready to go into the stricken areas to help assess the damage and the country’s needs, UN spokesman Stephane Dujarric said. The US government also sent a disaster response team.

Abaco and Grand Bahama islands, with a combined population of about 70,000, are known for their marinas, golf courses and all-inclusive resorts. To the south, the Bahamas’ most populous island, New Providence, which includes the capital city, Nassau, and has over a quarter-million people, suffered little damage.

One station said it got reports of a five-month-old baby stranded on a roof and a woman with six grandchildren who cut a hole in a roof to escape rising floodwaters. At least two storm shelters flooded.

The US Coast Guard airlifted at least 21 people injured on Abaco. Rescuers also used jet skis to reach some people as choppy, coffee-coloured floodwaters reached roofs and the tops of palm trees.

“We will confirm what the real situation is on the ground,” Health Minister Duane Sands said. “We are hoping and praying that the loss of life is limited.” 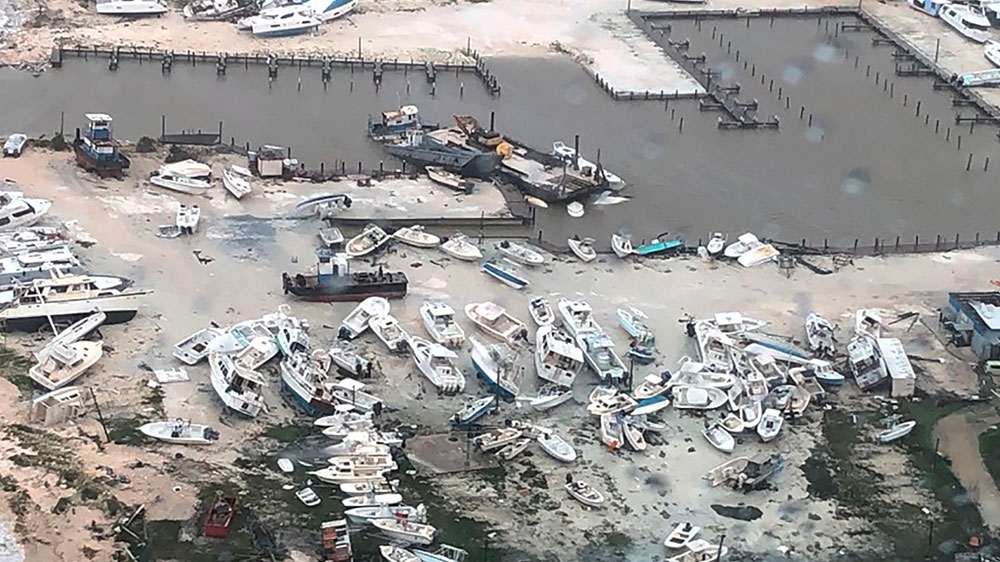 Sands said that Dorian rendered the main hospital on Grand Bahama unusable, while the hospital in Marsh Harbor in the Abaco islands was in need of food, water, medicine and surgical supplies. He said crews were trying to airlift five to seven kidney failure patients from Abaco who had not received dialysis since Friday.

Heavy rain expected on US mainland

The coastline from north of West Palm Beach, Florida, through Georgia was expected to get three to six inches (25-150mm) of rain, with nine inches (about 23cm) in places, while the Carolinas could get five to 10 inches (about 130-255mm) in spots, the National Hurricane Center said.

NASA satellite imagery through Monday night showed some spots in the Bahamas had gotten as much as 35 inches (890mm) of rain, said private meteorologist Ryan Maue.

Dorian also left one person dead in its wake in Puerto Rico before slamming into the Bahamas on Sunday, when it tied the record for the strongest Atlantic storm ever to hit land. It matched the Labor Day hurricane that struck Florida Gulf Coast in 1935, before storms were given names.

Scientists say that climate change generally has been fueling more powerful and wetter storms but that linking any specific hurricane to global warming would require more detailed study.

Across the southeast United States, meanwhile, interstate highways leading away from the beach in South Carolina and Georgia were turned into one-way evacuation routes. Several large airports announced closings, and hundreds of flights were cancelled.
Walt Disney World in Orlando planned to close in the afternoon, and SeaWorld shut down.

Having seen storms swamp his home on the Georgia coast in 2016 and 2017, Joey Spalding of Tybee Island decided to empty his house – and stay at a friend’s apartment nearby – rather than take any chances with Dorian.

He packed a U-Haul truck with tables, chairs, a chest of drawers, tools – virtually all of his furnishings except for his mattress and a large TV – and planned to park it on higher ground. He also planned to shroud his house in plastic wrap up to shoulder height and pile sandbags in front of the doors. 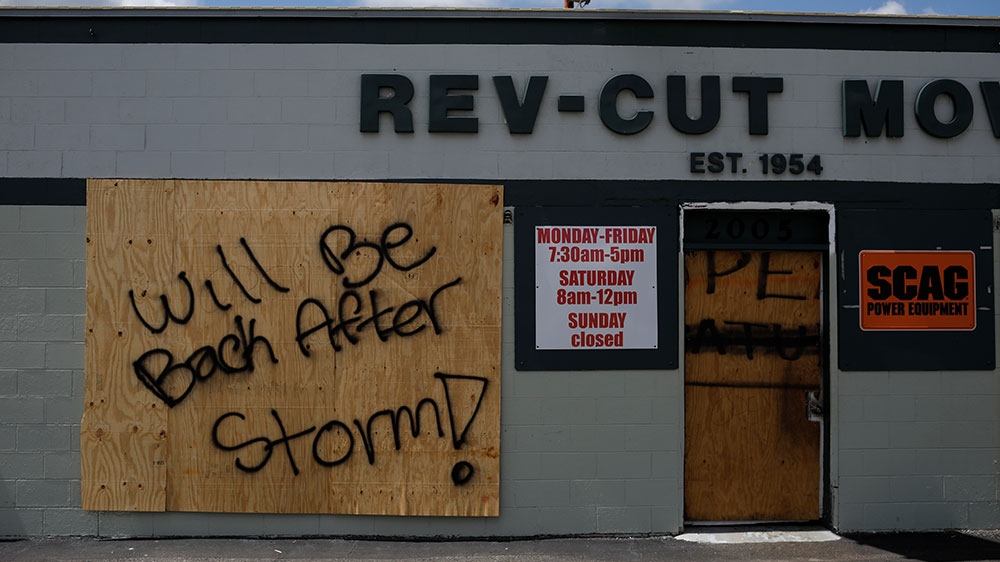 A boarded-up business with ‘Will be back after storm’ painted on it is seen ahead of the arrival of Hurricane Dorian in Cocoa, Florida [Marco Bello/Reuters]

In Folly Beach, South Carolina, many restaurants and shops wasted no time boarding up, but some hurricane-hardened residents had yet to decide whether to heed the evacuation order.

Prince William urges UK to pull together during coronavirus outbreak