Hong Kong –Pro-democracy protesters have demonstrated outside the British consulate, calling for Hong Kong’s former colonial ruler to pressure the government to uphold the city’s autonomy.

Waving Union Jack and British Hong Kong flags, the protesters on Sunday demanded that London ask Beijing to honour the 1984 Sino-British Joint Declaration, which set out the terms for Hong Kong’s return to China in 1997.

Under the agreement logged with the United Nations, Hong Kong returned to China under a “one country, two systems” framework that guarantees freedoms not enjoyed on the mainland.

The mass protests that have engulfed Hong Kong for more than three months were initially triggered by a now-scrapped extradition bill, which opponents argued would have allowed Beijing to erode Hong Kong’s separate justice system.

The UK has said it has a legal responsibility to ensure China abides by its obligations under the declaration, which in recent years China has taken to repudiating as a “historical document” that no longer has binding power.

Initially attracting a few hundred people, Sunday’s rally later grew and stretched for almost 500 metres. Packing the narrow hilly road that hugs the consulate complex, protesters shouted slogans such as “One country, two systems is dead!” while God Save the Queen – the British royal and national anthem – could be heard from a speaker. 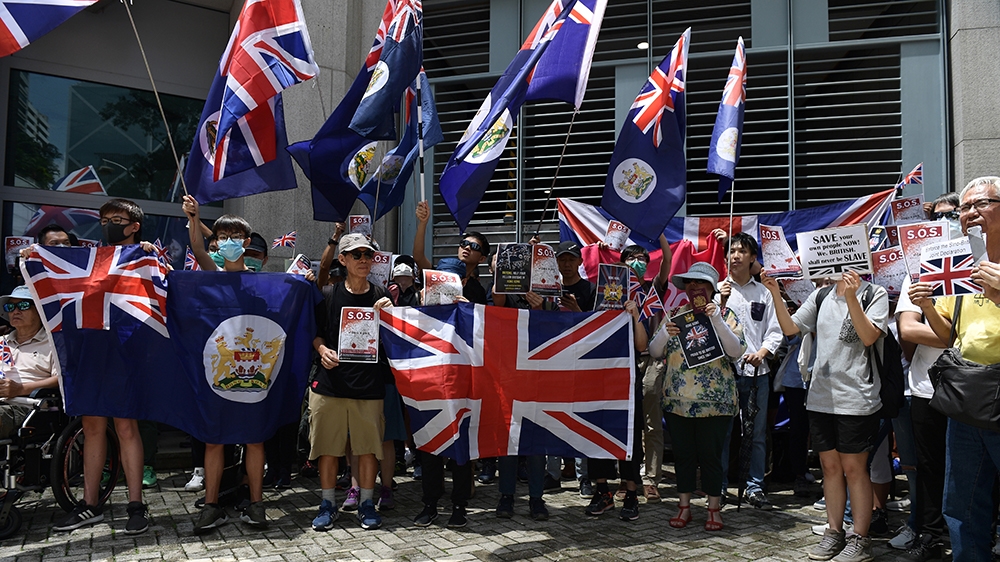 “I hope Britain will put some stock on what’s in the declaration and talk to China how it’s disrespected their agreement,” Justin Wong, 22, said.

While on summer exchange last month in the UK city of Cambridge, Wong said she realised that even though some Britons knew about the situation in Hong Kong, nearly all of them were consumed with the events surrounding the UK’s departure from the European Union.

That’s why Jimmy Tse, 24, hoped the rally could drum up awareness.

Handing out flyers to arriving demonstrators that read “the Sino-British Joint Declaration is DEAD,” Tse said: “We’re trying to safeguard this agreement. It’s hard to say if Britain will step up.”

China says it is committed to the “one country, two systems” formula and has warned against foreign interference in Hong Kong.

Also, later on Sunday, a march pegged to the United Nations’ International Day of Democracy kicked off in the popular shopping district in Causeway Bay, the site of frequent clashes between police and protesters.

Now entering the fourth month, the demonstrations have since morphed into a wider movement demanding full democracy, an independent inquiry into alleged police brutality, a blanket amnesty for all those charged with offences stemming from their involvement in demonstrations, and a refutation of the police claim that protesters were guilty of rioting – an offence that carries a heavy prison sentence.

The protest movement has been largely leaderless, mostly coordinated through online forums such as Telegram and Reddit with established civic groups acting only as intermediaries seeking permission to gather from the police.

Police denied a permit for Sunday’s march on safety grounds, as they did with most rallies in recent weeks.

Almost from the beginning, protesters have sought to bring international attention to their cause. Last Sunday, thousands of people marched towards the consulate of the United States to call for Washington’s support.

That march was the first since Chief Executive Carrie Lam scrapped the extradition bill, satisfying one of the protesters’ demands.

Still, demonstrators have pledged to continue taking to the streets to press their other demands. 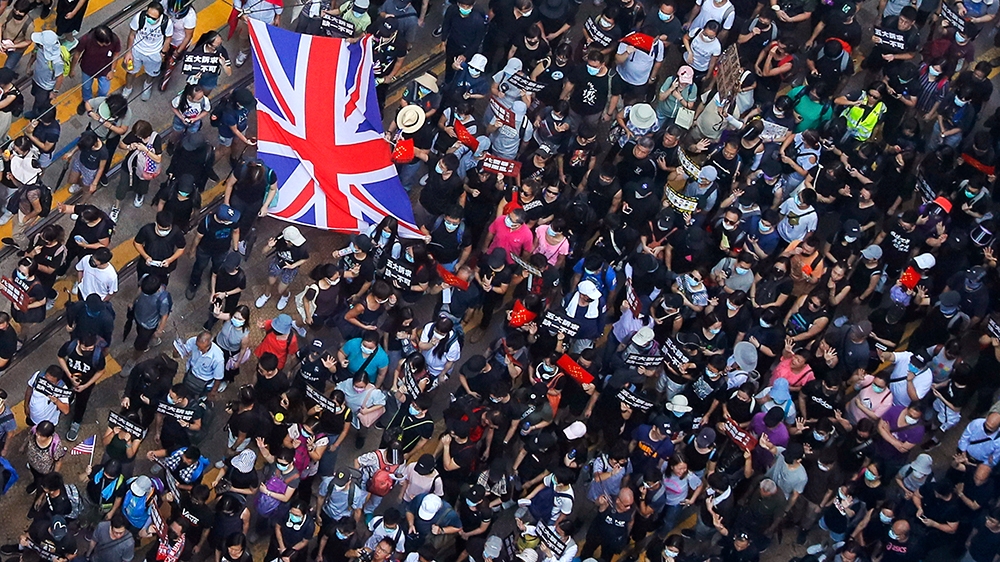 ‘Seriously-ill Britons have run out of medicines, money in Pakistan without UK govt’s help’