New Delhi, India – A “gas chamber” is what Delhi Chief Minister Arvind Kejriwal described the city as on Friday, announcing that five million pollution masks will be distributed to students across the country’s capital which has seen air pollution reach its peak this year.

“Delhi has turned into a gas chamber due to smoke from crop burning in neighbouring states,” Kejriwal tweeted.

“It’s very important that we protect ourselves from this toxic air. Through private and government schools, we have started distributing 50 lakh masks today. I urge all Delhiites to use them whenever needed,” he said. 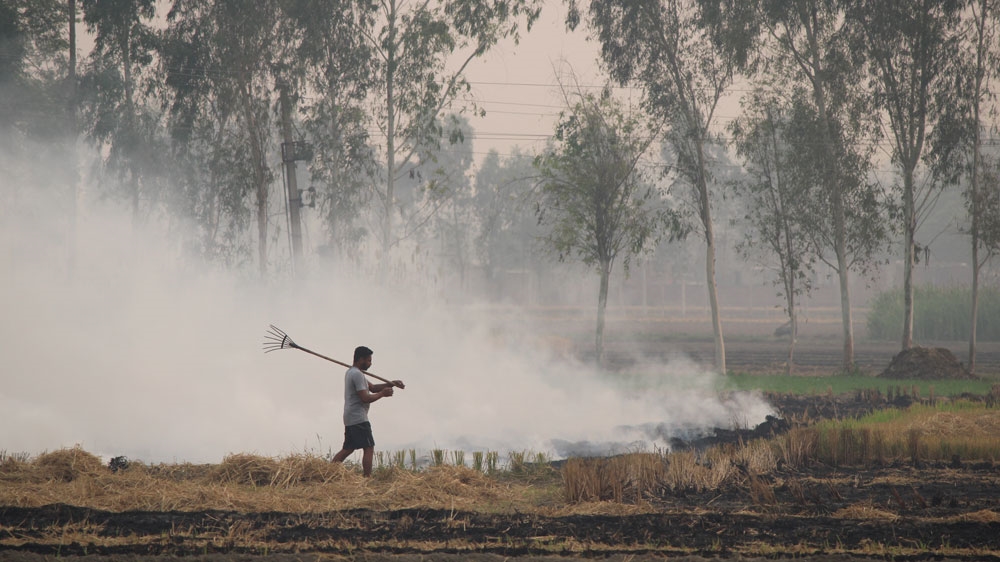 No masks were distributed in Shaurya Sachdeva’s Father Angel School in Gautum Nagar but he welcomed the announcement, adding that the government should do more to curb the rising pollution levels.

“The firecrackers have caused this. The government should increase the prices of firecrackers so that very few people are able to buy them,” the grade-seven student said referring to their use for Diwali, a Hindu festival.

The Air Quality Index hit the 500-mark, considered as “severe-plus emergency” category, in several locations across the city and hovered close in many other areas.

A public health emergency was also declared in the capital on Friday and construction activity has been banned until November 5. 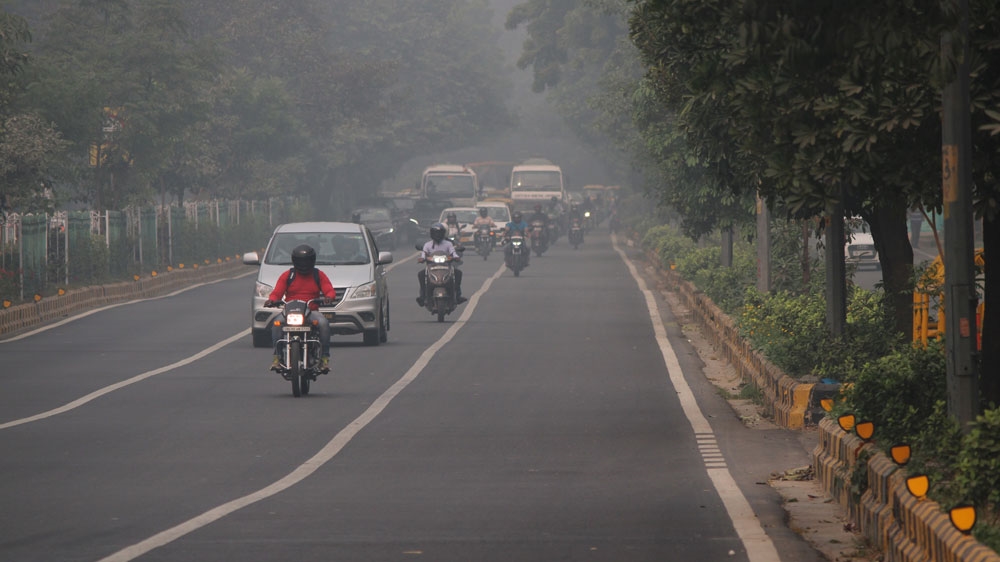 All schools in the capital would stay closed until November 5.

Health experts said the hazardous air pollution has become a serious concern for about 20 million residents.

“This is an extremely alarming situation. With air quality compromised indoors and outdoors, it has a direct impact on the health of children, expecting mothers and senior citizens,” said Dr Prashant Saxena, a pulmonologist at Max Smart Super Specialty Hospital.

“There has been a sudden increase in the number of patients visiting the hospital with respiratory issues and we are falling short of beds in our hospital for such patients,” he added.

Every October and November, New Delhi’s air quality drops to alarming levels because of stubble burning in neighbouring states. Firecrackers during Diwali and pollution from vehicles and construction activities also contribute to the deterioration of the air pollution levels.

A new study of the Air Quality Life Index by the Energy Policy Institute at the University of Chicago, released on Thursday, said that life expectancy of people living in the Indo-Gangetic Plain, comprising of the states of Bihar, Chandigarh, Delhi, Haryana, Punjab, Uttar Pradesh and West Bengal, has reduced by up to seven years due to poor air quality.

The study of the region from 1998 to 2016 also underlined that pollution is nearly three-times deadlier in north India compared with the rest of the country.

“I have stopped going for my morning walks and runs,” KC Pandey, 50, told Al Jazeera. “It’s too risky.” 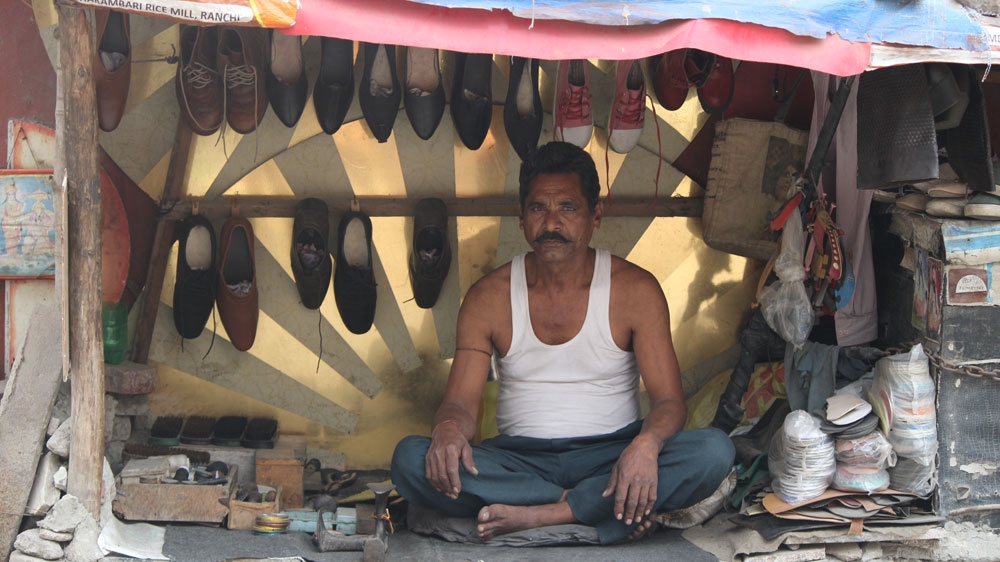 Hardev, 62, said he could not afford to stay indoors and go a day without working [Bilal Kuchay/Al Jazeera]

Pandey said he has spent around $300 on air-purifiers for his home and does not go out without his face-mask.

“My family has been spending most of the time indoors after the air quality decreased and we don’t go out unnecessarily,” he said.

But 62-year-old Hardev works as a cobbler on a roadside in Delhi’s Khirki village. He cannot afford to stay indoors. He earns between three to six dollars daily while working for almost nine hours.

“How will I feed my family if I don’t work,” he said, adding that he could not wear a face mask all day or buy an air purifier for his home. “I’ve left everything to God.”

As the air quality worsens, the odd-even scheme for vehicles is set to make a comeback in Delhi from November 4.

Started in 2016, the scheme is a car-rationing method where cars with odd and even number plates will be allowed on alternate days.

However, experts say that Delhi and the National Capital Region (NCR) needs to do a lot more to deal with the problem.

Anumita Roy Chowdhury, head of the Centre for Science and Environment, an advocacy group based in New Delhi, said the action taken by the government so far has reduced the round-the-year pollution but the levels were still very high.

“Delhi requires another 65 percent cut to meet the clean air standard and that is a huge target,” she said, calling for permanent measures from the government.

“What we require is a massive transition to clean technology and fuels in all sectors – in industry, in transport, in power plants across Delhi and NCR.

“We require massive mobility transition which means that we now need to give other transport and non-motorised transport options to people with restraint to personal vehicle usage. The third is that we need a complete paradigm shift in managing our waste,” Chowdhury added.

Freedom of press under threat during coronavirus pandemic, say activists

Erdogan hosts Putin and Rouhani for new round of Syria talks