But the ban did little to halt the chaos or stop huge crowds of masked protesters from hitting the streets in defiance as opponents decried the move as a slide towards authoritarianism.

On Monday morning, a male university student and a 38-year-old woman were the first people charged with illegally wearing masks as supporters packed the courtroom, many wearing face coverings.

They were both charged with unlawful assembly, which carries up to three years in jail, and with defying the mask ban, which has a maximum one-year sentence. Both were released on bail.

Outside the court, demonstrators queued to get in, some chanting slogans such as “wearing a face mask isn’t a crime” and “the law is unjust”.

Many said they feared the mask ban was just the first of more emergency orders to come.

“It’s an excuse to just introduce other totalitarian laws, next is martial law,” one protester outside the court, who gave his surname Lo.

In a radio interview, a government cabinet member suggested internet curbs could be introduced, a move that would have profound repercussions for the city. 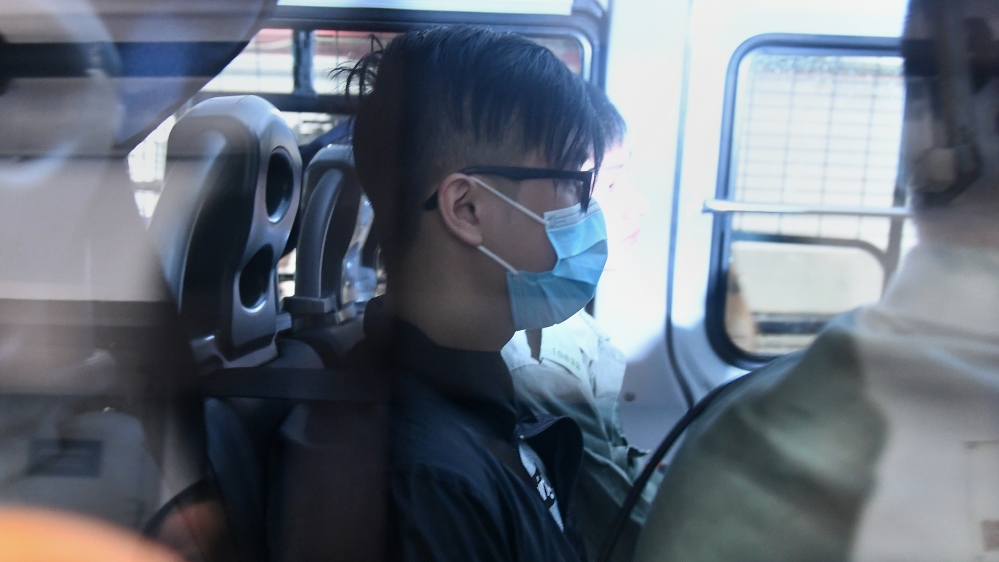 “At this stage, the government will consider all legal means to stop the riots,” Executive Council member Ip Kwok-him told Commercial Radio. “We would not rule out a ban on the internet.”

Protesters use online forums and encrypted messaging apps to mobilise and organise.

Hong Kong has been battered by 18 consecutive weekends of unrest, fanned by widespread public anger over Chinese rule and the police response to protests.

The rallies were ignited by a now-scrapped plan to allow extraditions to the mainland, which fuelled fears of an erosion of liberties promised under the 50-year “one country, two systems” model China agreed to ahead of the 1997 handover by Britain.

After Beijing and local leaders took a hard stance, the demonstrations snowballed into a wider movement calling for more democratic freedoms and police accountability.

Lam has refused major concessions, but struggled to come up with any political solution.

Throughout the weekend largely peaceful flash mob rallies and marches featuring people wearing masks broke out across the city.

Sunday witnessed the largest protests, with police firing tear gas to disperse tens of thousands of people marching on the main island. Clashes broke out at multiple other locations throughout the day, with dozens injured.

A warning flag was raised on the roof of a People’s Liberation Army barracks after protesters shone laser pens at the building, the first time Chinese troops in the city have made such a move.

The city’s subway system – which carries up to four million people a day – has been largely out of action since Friday night.

CIA not spying on the UAE: Report