Bolivia’s electoral authority announced on Monday night that President Evo Morales was close to avoiding a runoff in his re-election bid, touching off protests by the leader’s opponents already upset by a sudden halt in the release of the vote count.

Crowds burned the offices of the electoral body in the southern cities of Sucre and Potosi, and protesters set fire to ballots from Sunday’s election in Tarija.

Groups of Morales’ supporters and opponents also clashed in a number of places, including the administrative capital of La Paz.

The president’s opponents suggested that officials were trying to help Morales avoid a runoff fight, in which he could lose to a unified opposition, while an observer mission from the Organization of American States (OAS) expressed concerns about the development.

A US State Department accused Bolivian authorities of trying to subvert the vote.

Morales topped the eight other candidates in Sunday’s presidential election, but the last released results before Monday night showed him falling a few points short of the percentage needed to avoid the first runoff in his nearly 14 years in power.

Still, he claimed an outright victory late on Sunday, saying the uncounted votes would be enough to give him a fourth term. He told supporters at the presidential palace that “the people again imposed their will.”

On Sunday night, Bolivia’s top electoral authority stopped announcing new results – a point at which Morales had a lead of 45.3 percent to 38.2 percent over his closest rival, former President Carlos Mesa. 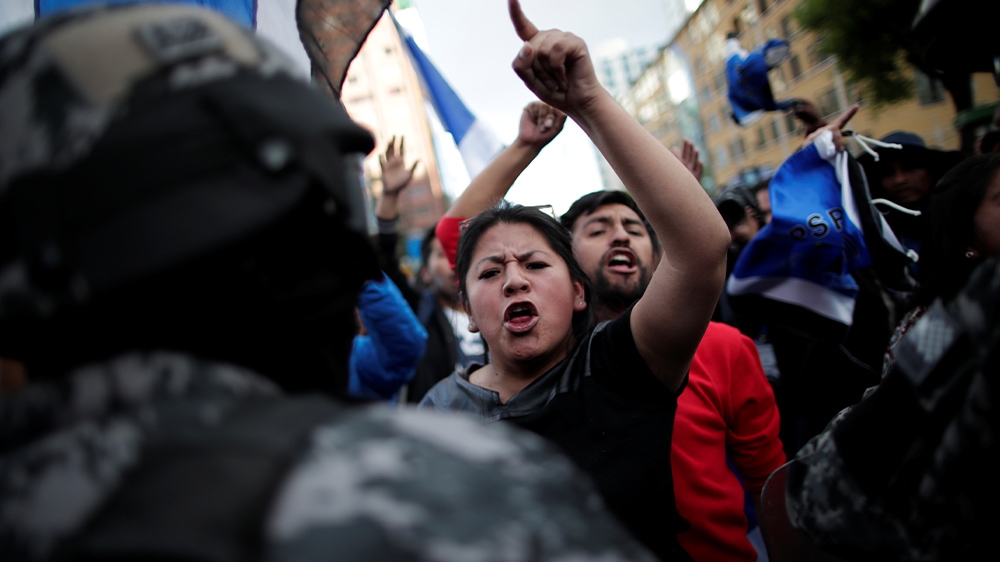 On Monday night, the agency renewed its “quick” count and said that with 95 percent of votes counted, Morales had 46.41 percent to Mesa’s 37.07 percent.

In La Paz, Al Jazeera’s John Holman said such a long gap was “unusual” and that results usually trickled in steadily.

“A lot of questions are being asked about why the count was frozen and why, when it opened up again, Morales had enough of a lead to make him a winner in this round,” Holman said.

Mesa warned earlier that there could be “manipulation of the vote to impede a second round” of voting that could imperil Morales’ 14-year hold on power.

Under Bolivian law, Morales needs a 10-percentage point advantage over Mesa to avoid a second-round election in December. The official count is not due for seven days.

Mesa called on citizens and civic groups “to conduct a battle in defence of the vote”.

“They can’t take away democracy from us,” he told his supporters in Santa Cruz, a stronghold of opposition to Morales.

The interior minister, Carlos Romero, accused the opposition of trying to create trouble, warning that “they have to take care of the violence they’re generating.”

Morales, 59, an Aymara from Bolivia’s highlands, came to prominence leading social protests and became the country’s first indigenous president in 2006. Since then, he has coasted to two re-election victories and presided over more than a decade of growth in South America’s poorest country.

Being forced into a runoff would be a blow to Morales, “whose political success has been impressive and who seemed confident of a first-round win”, said Michael Shifter, head of the Inter-American Dialogue, a Washington-based think-tank, noting concerns about the slowing economy, corruption scandals and Morales push for a fourth term in defiance of both a national referendum and the Bolivian constitution.

“Many Bolivians are simply weary,” Shifter said. “If re-elected, Evo will be in office nearly two decades.” 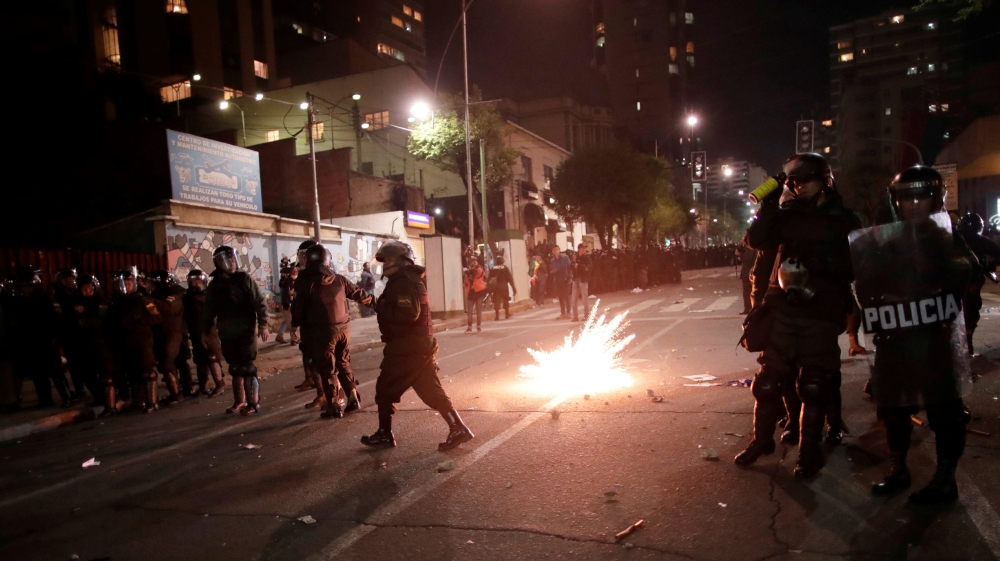 WHO reports 2 coronavirus cases at headquarters

Organisers say Gaza protests to be scaled back