Semyon Kislin, a business associate of Donald Trump who is due to give evidence at the US president’s impeachment inquiry on October 14, tried to obtain millions of dollars that Ukrainian prosecutors deemed stolen, Al Jazeera can reveal.

Kislin is a long-time friend of Trump’s personal lawyer, Rudy Giuliani. The Ukraine-born businessman donated to Giuliani’s political campaigns in the 1990s.

In January last year, Kislin lobbied the former US Ambassador to Ukraine, Marie Yovanovitch, to help him unlock millions of dollars that had in fact been seized in a major criminal inquiry.

This comes as the New York Times reported that federal investigators are examining Giuliani’s efforts to undermine Yovanovitch as part of a broader campaign to pressure Ukraine into helping Trump’s political prospects.

A US congressional committee is considering impeachment proceedings against Trump after evidence emerged of the president’s lobbying of Ukraine to investigate Hunter Biden’s position on the board of a Ukrainian gas company.

Biden’s father, Joe, is Trump’s main Democratic rival in the 2020 US presidential election and was former US President Barack Obama’s point man on Ukraine.

A plot to withdraw millions of dollars in frozen bank accounts was first exposed by Al Jazeera’s Investigative Unit in 2018 and now Al Jazeera can reveal Kislin’s role in a similar scheme.

Kislin, 83, purchased a Cypriot shell company holding part of a $1.5bn hoard of cash and bonds that the Ukrainian courts identified in 2015 as having been stolen by the disgraced former president, Viktor Yanukovich, before he fled Ukraine in 2014.

Al Jazeera’s investigation, The Oligarchs, revealed how another Ukrainian businessman, Pavel Fuchs, had also purchased a Cypriot company holding assets deemed stolen from the state, and was involved in a scheme that aimed to ‘unfreeze’ these funds at a later date.

Fuchs and Kislin moved in similar circles. Fuchs also had business dealings with Giuliani and held repeated talks with Trump to build a Trump-branded tower in Moscow. 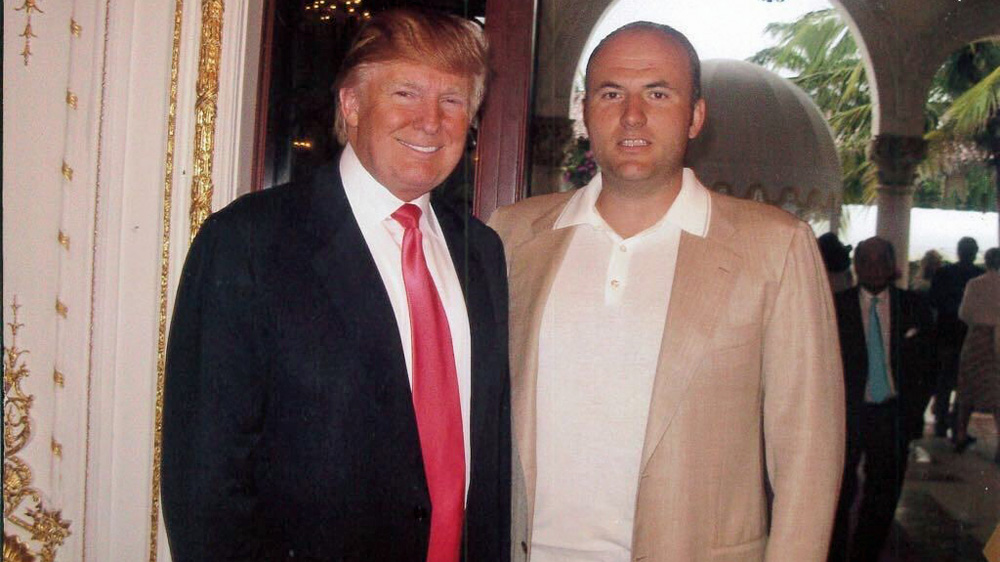 Kislin and Fuchs own two of the dozen Cypriot companies that held the $1.5bn found to be stolen by Yanukvoych’s government.

Opalcore Limited, which Kislin bought in November 2016, held a total of $20m of frozen assets and Quickpace Limited, which documents show was owned by Fuchs, held another $160m.

The assets were mainly held in government bonds that were ruled to have been illegally issued by Ukraine’s central bank during Yanukovych’s presidency.

The money was frozen in 2015, one year after Yanukovych fled the country following mass protests. Prosecutors then worked to trace the assets, build a case, and return them to Ukraine’s budget, which they did in March 2017.

Kislin denies collaborating with Fuchs but in each case the plan to release the funds is similar.

First they purchased Cypriot shell companies that according to Ukrainian authorities held Yanukovych’s stolen assets. Then they would appeal to regain the funds, claiming that Ukrainian prosecutors had not followed the correct legal process when they seized the funds.

Finally, they hoped the asset seizure would be declared illegal and reversed, meaning they would have a court order allowing them to withdraw tens of millions of dollars.

After Al Jazeera exposed the plan in relation to Quickpace, Ukrainian prosecutors summoned Fuchs for questioning but have not taken further action.

Kislin confirms his company bought Opalcore, but said they were not aware at the time of purchase that the assets were frozen.

The letter, obtained by the Centre for Investigative Journalism, portrayed Kislin’s company Trans Commodities NY (TCNY) as a victim of an “improper scheme” by Ukrainian officials. His advocates requested “assistance” in recovering the funds for the company arguing that the transfer of the bond proceeds was unlawful.

It is not clear if the ambassador or the US government agreed to help the American-Ukrainian businessman but Kislin’s lawyers says he was “unaware…. of any efforts” made by the US embassy in Kiev.

Yovanovitch, who was removed from her post in May after heavy criticism from Trump, gave evidence in the president’s impeachment hearings in Washington DC on Friday.

She said she believed her dismissal was linked to her anti-corruption policy in Ukraine.

Kislin’s testimony before the inquiry on Monday could reveal exactly what lobbying he undertook to attempt to release the frozen Opalcore assets and whether he consulted Giuliani about the deal.

In a statement, Kislin’s lawyer told Al Jazeera that “neither Mr Kislin nor anyone else on behalf of TCNY worked for, with, or on behalf of Mr Giuliani (or anyone else) …….to persuade prosecutors to investigate Joe Biden or Hunter Biden.”

Daria Kaleniuk, director of Ukraine’s Anti-corruption Action Centre, told Al Jazeera: “If you know that you are purchasing a company whose assets are seized in a criminal investigation you will probably not buy this company unless you have an understanding about how you will unseize that (asset). To me it stinks.”

Kislin confirmed to Al Jazeera he purchased Opalcore Ltd but, “not for the purpose of obtaining ‘frozen assets'”.

Fuchs did not respond to questions about his role in the seized assets scheme. US officials revoked Fuchs’s visa in 2017 and banned him from the US, where he owns property, for five years.

It is not clear whether the US action was prompted by Fuchs’s dealings with Yanukovych’s money or because he was alleged to have madethreatsto US citizens in the days after Trump’s inauguration.

He is currently suing a businessman who he alleges defrauded him of $200,000 paid for a “VIP inauguration package” that never materialised. Fuchs alleged he and his entourage watched the inauguration on television at a hotel bar instead. 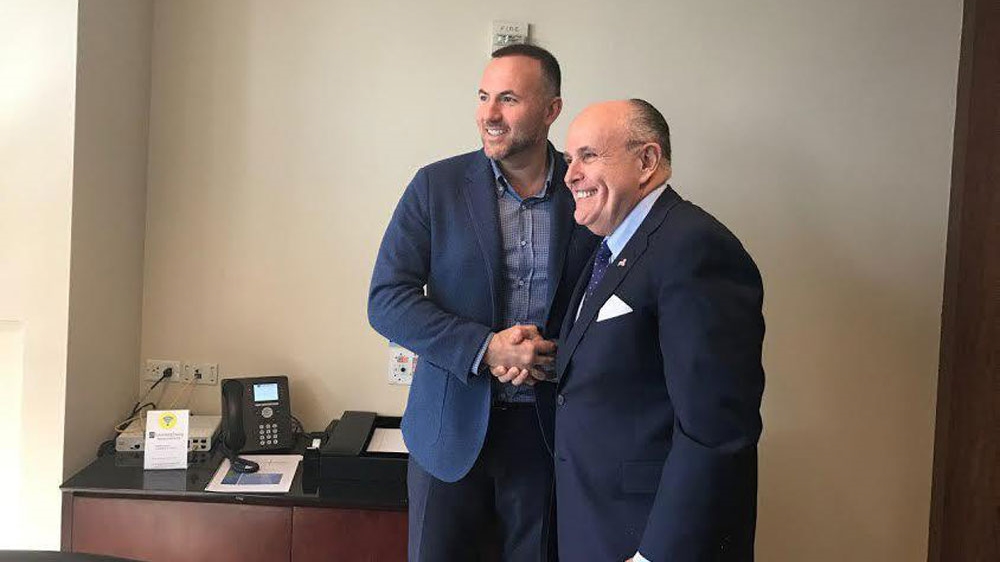 In recent months, Fuchs has begun a media campaign in to improve his image.

During a recent interview, he described Giuliani as “the lobbyist for Kharkiv and Ukraine” and said that he had paid Guiliani for what he said was a lobbying contract to improve the city’s business reputation.

Giuliani has repeatedly denied working as a foreign lobbyist, something he is not registered to do.

Report: Iran FM calls on India to “bullying” US

Prince George wants to do Princess Charlotte’s fun homework instead of his: Kate

Iran’s Rouhani tells US: No talks until sanctions lifted