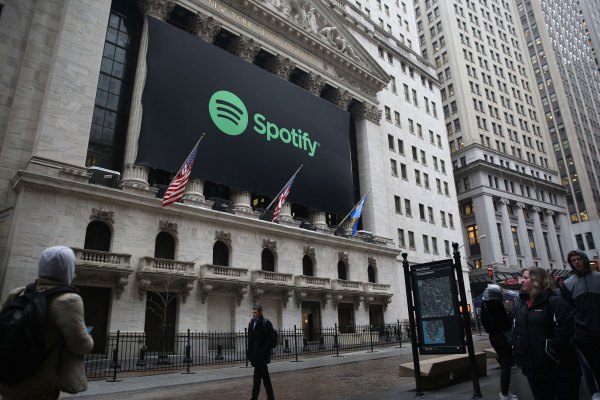 Eminem’s music publisher Eight Mile Style has filed a lawsuit against Spotify,accusing the service of “blatant copyright infringement” in streaming “Lose Yourself” and other Eminem songs.

As explained by The Hollywood Reporter, the suit is tied Spotify’s implementation of the Music Modernization Act, which was signed into law last year. Under the MMA, Spotify can obtain a compulsory license to stream a song, but it would still need to file a “notice of intention” and pay rightsholders.

However, Eight Mile says, “Spotify did not have any license to reproduce or distribute the Eight Mile Compositions, either direct, affiliate, or compulsory, but acted deceptively by pretending to have compulsory and/or other licenses.”

For example, the complaint describes the service’s treatment of “Lose Yourself” as “the most egregious example of Spotify’s willful infringement,” saying that Spotify placed the song in the Copyright Control category, which is “reserved for songs for which the copyright owner is not known so the song cannot be licensed.”

Eight Mile then characterizes this position as “absurd”: “Spotify, and [the Harry Fox Agency], its agent … certainly knew (and had the easy means to know) that Eight Mile is the copyright owner of ‘Lose Yourself.’ ”

In addition, Eight Mile claims that even though the songs in question have been “streamed on Spotify billions of times,” the service has “not accounted to Eight Mile or paid Eight Mile for these streams but instead remitted random payments of some sort, which only purport to account for a fraction of those streams.”

The complaint also takes issue with protections that Spotify might claim under the MMA, saying that if the law limits Spotify’s liability, then it represents “an unconstitutional denial of due process (both procedural and substantive), and an unconstitutional taking of vested property rights.”

This isn’t the first time Eight Mile has challenged digital music platforms: It sued Apple over copyright issues more than a decade ago, and ultimately settled.

In an emailed statement, Eight Mile’s attorney Richard Busch described this as “a very important lawsuit for all songwriters that raises vital issues for those whose songs stream on Spotify or other Digital Music Providers.”

We’ve reached out to Spotify for comment and will update if we hear back.

ThredUp, whose second-hand goods will start appearing at Macy’s and JCPenney, just raised a bundle

Samsung’s latest ultrabook is fast and long-lasting, with caveats

What to expect from Apple’s September 15 event