An international relief effort has been picking up across the Bahamas on Thursday after Hurricane Dorian, one of the most intense storms ever to hit the Caribbean, swept across the islands leaving at least 30 people dead and thousands missing.

Bahamian Health Minister Duane Sands said the dead were from the worst-hit Abaco and Grand Bahama islands, which are home to about 70,000 people and where about 50 percent of homes are thought to have been either destroyed or severely damaged.

The number of dead was likely to climb “significantly higher” as rescue teams reached devastated communities, he told The Associated Press in a phone interview late on Thursday.

The United Nations estimates some 70,000 people are in immediate need of food, water and shelter, and the World Food Programme said on Thursday it was organising an airlift from Panama, including eight metric tonnes of ready-to-eat meals, two logistics hubs and satellite equipment for emergency response teams.

Stunned residents of Abaco and Grand Bahama surveyed the wreckage of their homes and officials struggled to assess the damage and the number of dead, as a weakened Dorian brought torrential rain, shrieking winds and tornadoes to the Carolinas along the eastern coast of the United States late on Thursday.

Millions of residents in the at-risk eastern states had been evacuated before the storm, but there were reports of four deaths as Dorian brought down trees and cut power. 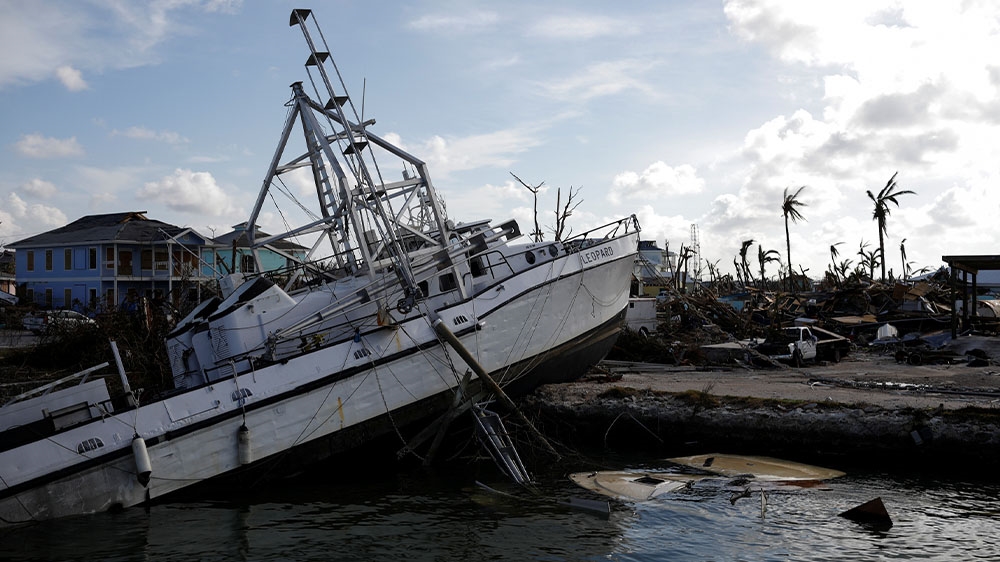 In the Bahamas, aerial video of the worst-hit Abaco Islands in the northern Bahamas showed widespread devastation, with the harbour, shops, workplaces, a hospital and airport landing strips damaged or destroyed. Dorian was rated a Category 5 hurricane when it hit the country.

One of the storm survivors on the Abaco Islands, Ramond King, said he watched as swirling winds ripped the roof off his house, then careered into a neighbour’s home lifting the entire structure into the sky.

With telephones down in many areas, residents posted lists of missing loved ones on social media. One Facebook post by media outlet Our News Bahamas had 2,500 comments, mainly listing lost family members.

Richard Johnson was searching for his six-year-old brother who was swept away as Dorian hovered over the islands for more than a day.

“I guess within seconds the gusts of the wind blew the little boy off the roof into the water,” Johnson said. “Given the circumstances, I’m not that hopeful.”

Al Jazeera’s Manuel Rapalo, reporting from the devastated community of Blacktown on Abaco said floodwaters were receding and people were trying to salvage what little they could. Many had lost everything.

“This is about as bad as hurricane damage can get,” he said, as a woman behind him picked through the debris of her home.

Karen Clark & Co, a consultancy that provides catastrophe modelling and risk management services put the cost of property destroyed in the disaster at approximately $7bn.

An international relief effort for the island nation was picking up momentum, with a British Royal Navy vessel providing assistance and Jamaica sending a 150-member military contingent to help secure Abaco and Grand Bahama, officials said.

The US Agency for International Development said a flight with enough relief supplies to help 31,500 people landed in the islands early on Thursday, taking hygiene kits, water containers and buckets, plastic sheeting and chain saws.

The agency also sent a disaster assistance response team to help the authorities search for survivors. 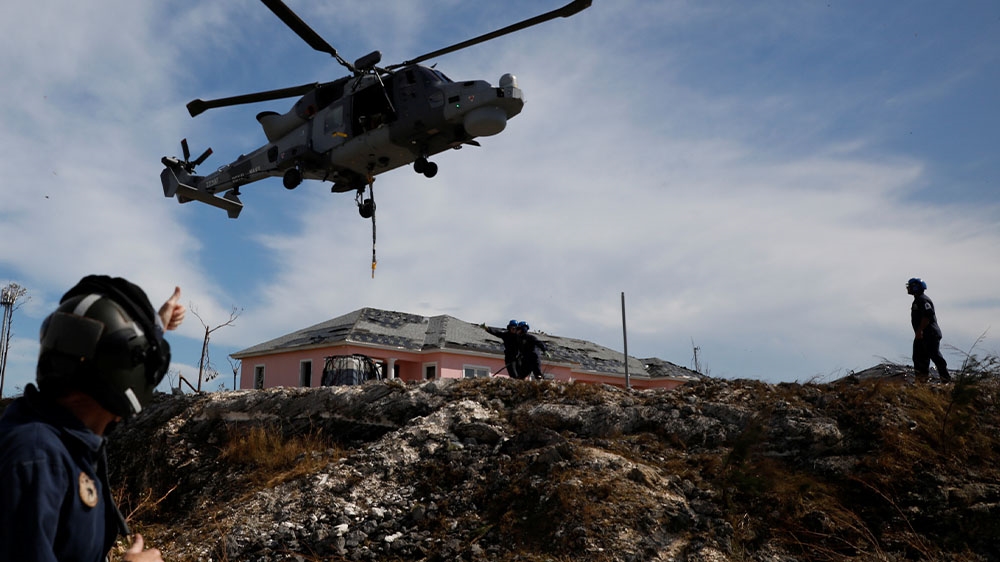 As many as 13,000 homes in the Bahamas may have been destroyed or severely damaged, the International Federation of Red Cross and Red Crescent Societies said.

The hurricane reduced “The Mud” shantytown – built by thousands of Haitian migrants near Abaco’s Marsh Harbour – to heaps of shredded wood.

A helicopter buzzed overhead on Thursday as people picked through the debris, avoiding a body that lay tangled beneath a tree branch next to twisted sheets of corrugated metal, its hands stretched towards the sky.

It was one of at least nine bodies that people said they had seen in the area.

“Ain’t nobody come to get them,” said Cardot Ked, a 43-year-old carpenter from Haiti who has lived in Abaco for 25 years. “If we could get to the next island, that’s the best thing we can do.”

Meanwhile, Dorian, weakened to a Category 2 storm, was centred about 56 km southeast of Wilmington, North Carolina at 23:00 GMT. Forecasters said it had maximum sustained winds of 161 km/h and was moving northeast at 21 km/h.

“Streets here have flooded, trees blown down, but thankfully the wind direction changed, sparing the city from high tidal surges,” he said. “The dangers of flash floods and high winds are still a threat, but forecasters are now waiting for that long-predicted easterly turn.”

The US National Hurricane Center said in an advisory that Dorian would continue to move near or over the coast of North Carolina on Thursday night and Friday. It is expecting as much as 38cm of rain to fall on the Carolinas, with flash-flooding likely.