SHC refuses to pass injunction to halt drive against encroachments

Bogota, Colombia– Colombian President Ivan Duque said on Thursday he would send an army unit to find the former FARC rebels who said they were take up arms again.

“I have ordered the creation of a special unit for the persecution of these criminals with reinforced intelligence, investigation and mobility capabilities throughout Colombian territory,” Duque said.

The announcement came less than 24 hours after Ivan Marquez, a former commander of the Revolutionary Armed Forces of Colombia (FARC), said in a video that he was taking up arms again in a “new phase of armed struggle” in the country.

“This is the continuation of the rebel fight in response to the state’s betrayal of the Havana peace accords,” Marquez said in the 32-minute video posted on YouTube on Wednesday night. Marquez was surrounded by rifle-bearing men and women dressed in green fatigues.

“We announce to the world that the second Marquetalia (birthplace of FARC’s guerrilla movement) has begun under the protection of the universal right that assists all of the peoples of the world to raise arms against oppression,” he said. 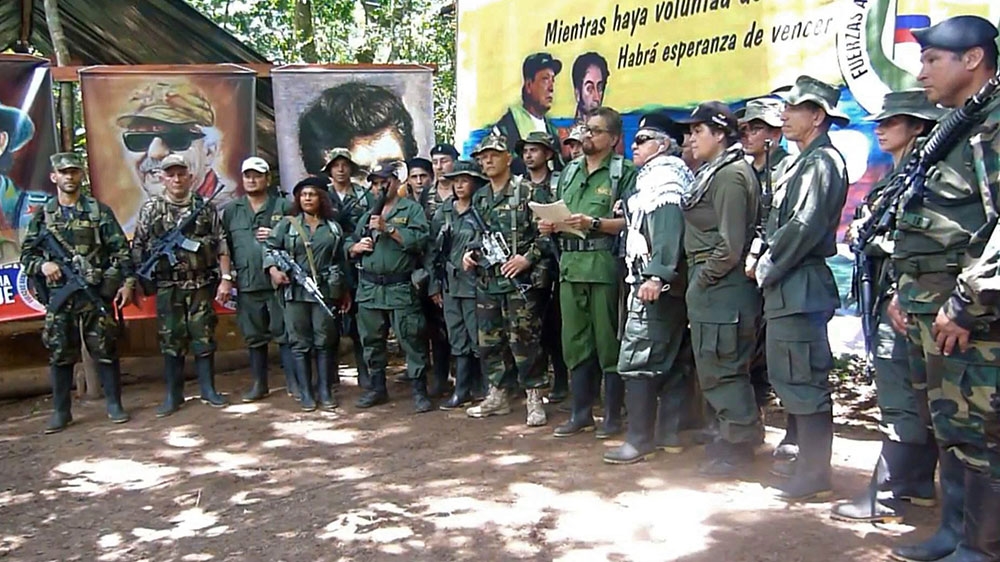 Marquez, who is wanted by the US in connection to alleged drug trafficking, went into hiding last year. Jesus Santrich, a former FARC commander, appeared next to Marquez. Santrich was arrested last year and was later released. His whereabouts have also been unknown.

Analysts say Duque’s response to the ex-FARC leaders is key to how the country’s unstable peace process moves forward.

“Duque needs to understand his place in history right now because his response can determine, to a large extent, his government’s legacy,” Sergio Guzman, political analyst and director of Colombia Risk Analysis, told Al Jazeera.

A peace agreement was signed between the FARC and the Colombian government in 2016, putting an end to five decades of bloody armed conflict that killed 260,000. Marquez was the leftist rebel group’s lead negotiator. Thousands of FARC rebels disarmed with promises of political, social and economic reintegration, as well as security guarantees. However, some opposed the agreement and the whereabouts of eight percent of disarmed FARC fighters in the reintegration process remain unknown.

Duque has been highly critical of the peace agreement, which was ushered in under former President Juan Manuel Santos.

“Colombia doesn’t accept threats of any nature, least of all from drug traffickers. We Colombians need to be clear that we are not facing a new guerrilla group but facing criminal threats from a group of drug traffickers that are being sheltered and supported by dictator Nicolas Maduro,” Duque said on Thursday, referring to the Venezuelan president.

Duque said there would be a three billion peso (about $882,000) reward for the arrest of those appearing in the video. 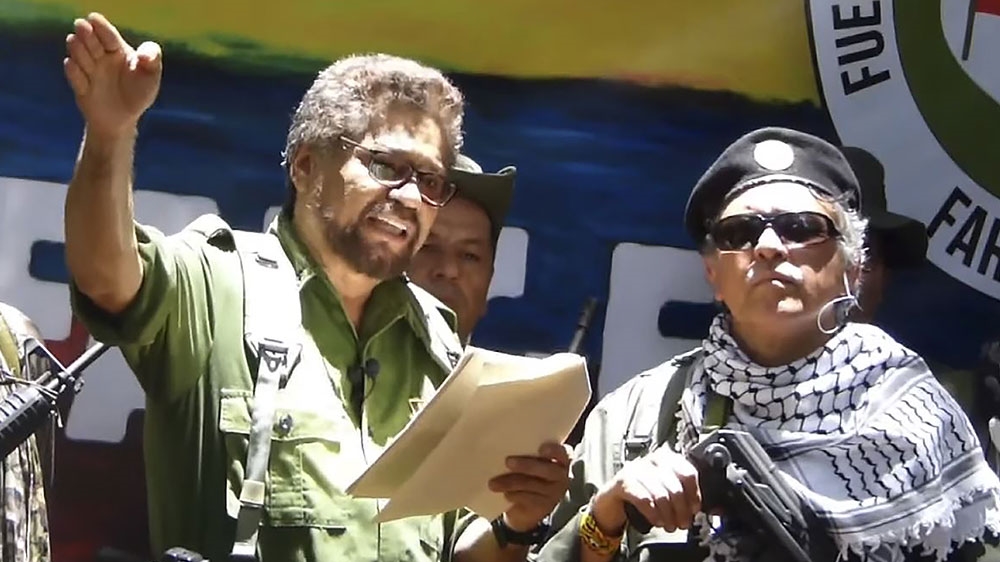 Santos, responding to the ex-FARC leaders’ announcement, tweeted that “90 percent of the FARC is still in the peace process. We must continue to comply. The defectors must be repressed with full force. The battle for peace won’t stop!.”

The Washington Office on Latin America (WOLA) think-tank, told Al Jazeera that this is not the end of the peace process but the government needs to bolster efforts.

“The Colombian government must take bold steps to guarantee that FARC ex-combatants do not rearm. It should do so by bolstering the peace effort and implementing all the security measures found in the accord,” said Gimena Sanchez, Director of the Andes for WOLA.

“Colombians need the government to take leadership in advancing the accord. These are dissidents of the FARC and do not reflect the majority of whom have demobilised,” she said.

Should the world follow China’s strategy to tackle the Coronavirus