The death toll from a landslide caused by heavy rains in western Cameroon has risen to at least 42 people, including more than two dozen children, according to officials and state media.

Rescue teams spent Wednesday scouring the debris of destroyed houses in the town of Bafoussam in the western highlands, some 300km (186 miles) from the capital, Yaounde.

Among the bodies recovered were those of 26 children, state-run Cameroon Radio Television (CRTV) reported.

On Tuesday evening, authorities had placed the death toll at at least 37 people.

The search resumed for additional bodies believed to still be under the rubble, CRTV reported.

“Around 10pm I heard a noise,” Albert Kenge, a survivor, said.

“I saw a big cloud of dust and, when it dissipated, I saw that the mountain had collapsed,” he was quoted as saying by Reuters news agency. 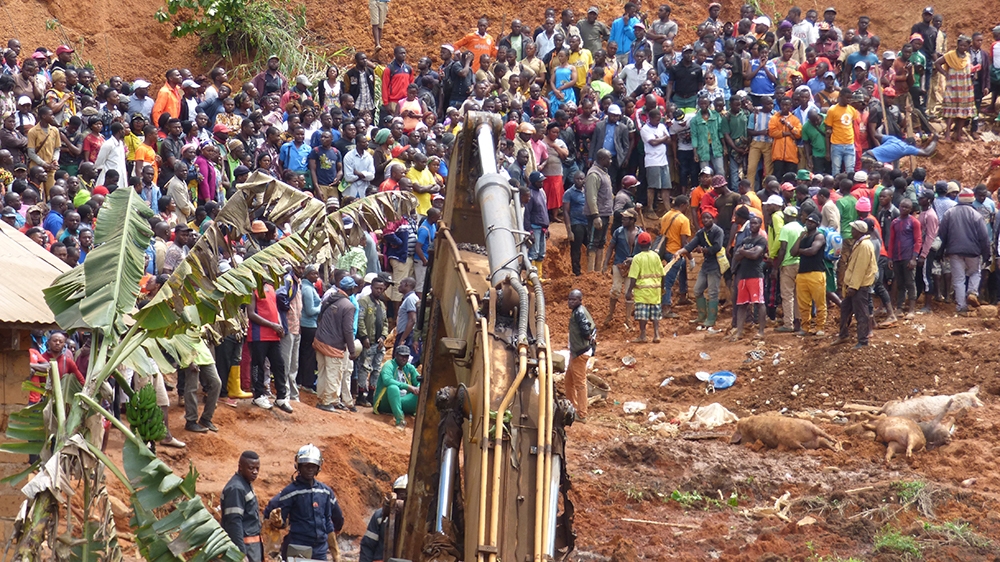 Cameroon’s President Paul Biya expressed his condolences to the families of the victims.

“I heard with emotion, the death of several compatriots, following a landslide occurred at Gouache 4 district in Bafoussam,” he said in a statement.

“In this tragic circumstance, I address my sincere condolences to the families of the victims.”

Authorities on Wednesday called on the population to leave the affected area due to fears of additional landslides as rains continue.

Karachi in danger of losing wildlife

Millions go back in lockdown amid hope on US vaccine

Pakistan listed among third-riskiest countries for coronavirus in new study