Brazilian investigators said on Friday a Greek-flagged ship carrying Venezuelan crude was the source of oil tarring Brazil’s coastline over the past two months, but the firm running the ship said its voyage finished “uneventfully”.

A federal police document seen by Reuters said the tanker, Bouboulina, owned by Greece’s Delta Tankers Ltd, appears to have spilled the crude about 700km (420 miles) off Brazil’s coast around July 28-29, after loading the oil at Venezuela’s Jose terminal.

Delta Tankers said the Bouboulina had left Venezuela on July 19 bound for Melaka, Malaysia, “where she discharged her entire cargo without any shortage”. In a statement, the company said the trip proceeded “uneventfully,” adding that it would cooperate with the probe, “if contacted”.

The contradicting accounts, along with the execution of police search warrants in Rio de Janeiro, brought a dramatic twist in the investigation of the mysterious oil spill that has stained tropical beaches along 2,500km (1,500 miles) of Brazil’s coast.

Brazil’s solicitor general said the country would seek damages in the case, which has hurt tourism and fishing communities in the poorer northeast region.

“There is strong evidence that the company, the captain and the vessel’s crew failed to communicate to authorities about the oil spill/release of the crude oil in the Atlantic Ocean,” Brazilian prosecutors said in a statement.

Federal police also carried out searches at the Rio de Janeiro addresses of maritime services companies Lachmann and Witt O’Briens, a subsidiary of Seacor Holdings Inc, according to a search warrant document seen by Reuters.

The police confirmed that they had raided two firms, without naming them. They said neither company was suspected of criminal activity, but said both had commercial relationships with the “Greek firm” in question.

Witt O’Briens said the ship and operator under investigation had never been its clients in Brazil, adding that the activities of its Brazil office were unrelated to any kind of contract that could be relevant to the police inquiries.

Shipping agency Lachmann did not respond to a request for comment.

Brazilian authorities said they were seeking cooperation from international agencies, including Interpol, to further investigate the ship, its crew and the company.

Federal prosecutors said Brazil’s navy also had information regarding a prior detention of the vessel in the United States for four days due to “incorrect operating procedures related to the separation of oil and water for release in the sea”.

Prosecutors did not give details for when the alleged US detention occurred, and Reuters was unable to verify the account.

The police said oceanographic and geolocation data showed that the Greek ship was the only one navigating near the origin of the spill between July 28 and 29. 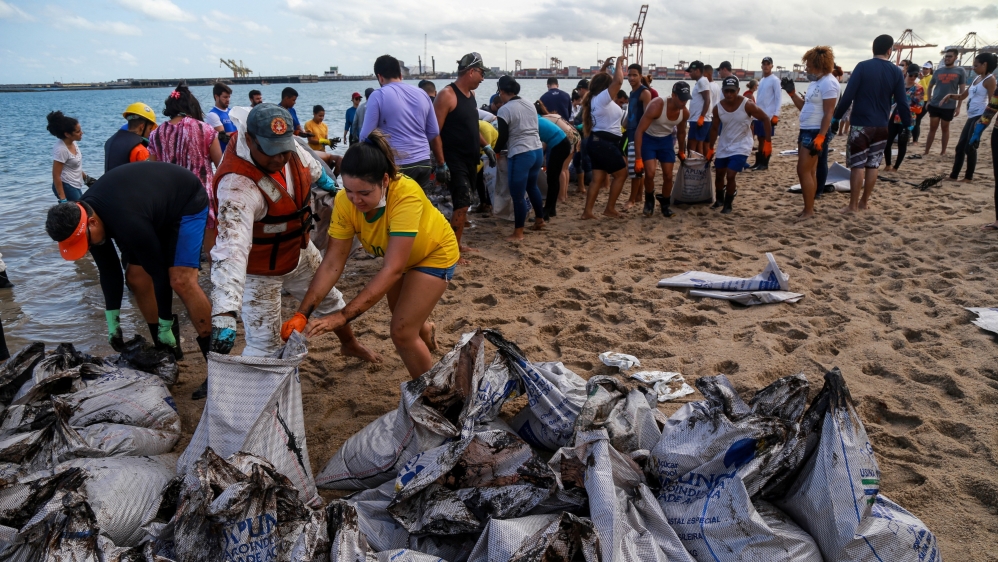 From late August to the end of October, the oil washed ashore in nine states, according to federal police, closing hundreds of beaches and killing scores of animals. Volunteers trying to clean up the crude without proper equipment have also fallen sick.

Brazil has so far collected some 2,000 tonnes of sludge from its beaches in continuing cleanup efforts, while working to rehabilitate birds and sea turtles coated in the thick crude.

The slow and patchwork cleanup efforts, along with weeks of confusion about the cause of the spill, have spurred criticism of the government’s response. Officials have said Brazil is following standard protocols.

Because the heavy crude does not float on the ocean surface like most oil slicks, officials said traditional methods of tracking it and keeping it off the shore have been ineffective.

WHO aims for two billion coronaviurs vaccines by 2021