Leticia, Colombia– Leaders of countries home to the vast Amazon signed a pact on Friday aimed at sharing resources and taking greater steps to protect the world’s largest tropical rainforest.

The talks, led by Colombian President Ivan Duque, took place in Leticia, the Colombian region home to part of the Amazon rainforest.

According to the “Leticia Amazon pact”, the Amazonian countries will “strengthen coordinated action”, “establish regional cooperation mechanism”, “increase efforts associated with monitoring forest cover”, and “strengthen the capacities and participation of indigenous and tribal peoples”, among other actions. The pact was thin on specifics, however.

Among those in attendance at Friday’s meeting were Peruvian President Martin Vizcarra, Ecuadorian President Lenin Moreno and Bolivian President Evo Morales, as well as the Suriname Vice President Michael Adhin, Brazilian Foreign Minister Ernesto Araujo and Guyana Natural Resource Minister Raphael Trotman. Brazilian President Jair Bolsonaro who said he was unable to travel due to his health, joined via video conference. Venezuela was not invited to the meeting.

The meeting came against a backdrop of growing international outrage over the surge in fires raging in parts of the Amazon. Environmentalists blame the policies and weakened restrictions of Brazil’s Bolsonaro for the increased deforestation in the Amazon. Bolsonaro wants to open up the rainforest for commercial exploration. Fires have also broke out in Bolivia.

“We understand the urgency to protect this region, we understand that there are threats in the region, and that they are basically all the same in the countries meeting here today,” Duque said.

“It’s no surprise to anyone that in recent decades we’ve lost thousands of hectares of tropical rainforest because of the illegal expansion of the agricultural frontier as well as illegal extraction of minerals and the planting of illicit crops,” he added.

Duque called on all the leaders present to work together to combat deforestation and share timely information on the protection of the Amazon.

“When a brother country needs help, we should all do our best to help in these emergencies,” Duque said.

Peru’s Vizcarra agreed saying, “If we look back at what’s been done over the past 40 years, is isn’t satisfactory. As a result we’ll change the strategy.” Peru has the fourth largest amount of tropical forest in the world and second in Latin America, after Brazil.

Bolsonaro via video said that the pact affirmed each country’s sovereignty.

The presidents were joined by indigenous leaders whose communities are most affected by deforestation and the fires in the Amazon.

Nelly Kuiru, coordinator of the National Indigenous Organisation of Colombia, expressed doubts over the leaders commitment to protecting the rainforest.

“It’s a critical moment for the Amazon in terms of the environment and social issues with indigenous villages that live in this territory,” she told Al Jazeera in Leticia.

“I think it is important the presidents took the time to come to one of the Amazon’s regions, in Colombia, and sign the pact. But I have doubts about it,” she added. “I doubt the pact will be fulfilled, because to make a pact there first of all has to be an analysis of what is happening.” 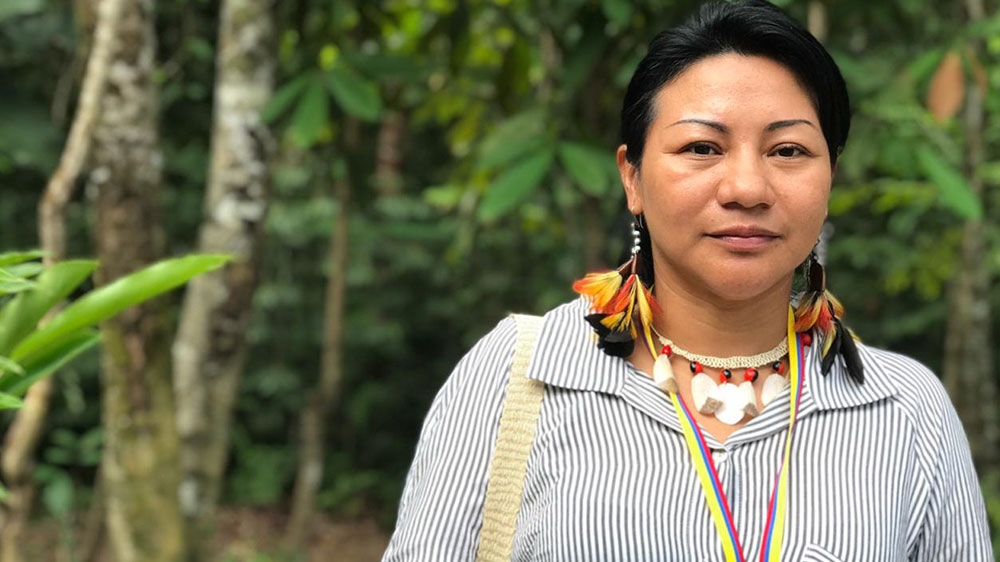 She added that the pact itself was “very vague”.

It is “very abstract and the Amazon region is not abstract, it is a lot more than just rainforest. There is a lot of biodiversity and cultural diversity and of the 102 indigenous villages that exist in Colombia, 69 are found in the Colombian Amazon,” she said.

Sergio Guzman, Director of Colombia Risk Analysis, said “there is this impotence for action in the international community and these presidents want to show that they care and that they’re doing something”.

“A meeting in the Amazon is all fair and good, a great photo opportunity, but it doesn’t give me a lot of hope for swift change,” he added via phone.

He said to do this, he hopes the region can build an Amazon network to work in a “more accelerated” way to have better forecasts, share information on illegal activities in the region and also educate themselves and each other about the communities of the region.

Facebook and Google are being targeted by state antitrust probes

WHO suspends hydroxychloroquine clinical trials for COVID-19 treatment as precaution